Not a fisherman nor photographer, 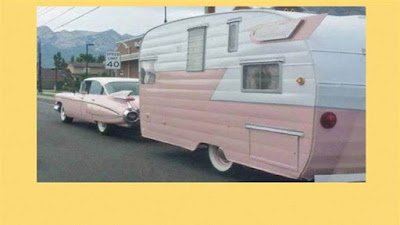 For Friday:
I do like to fish, but that does not make me a fisherman.  Methinks Rick, here in Bloggersville is a fisherman. My brother in law Dick was a fisherman. Dick and I went fishing for King Salmon on the Kenai River in Alaska. I caught a King and Dick got a Sockeye. When I hooked my fish I just reeled it in.

That night around the camp fire eating the fresh salmon I heard a fisherman’s version of my catch. He knew times  the fish took line, how many times it jumped, etc. I didn’t know I had so much fun. LOL Walt Moody once said he and Dick would find a place to fish in the desert.

About pictures. I have missed so many good ‘shots’ by watching instead of capturing something on film. I’m reminded of friend Don telling about an incident in Yellowstone of an elk being bothered by a tourist. I forget the whole story but he said I kept saying that guy is going to get hurt, and never took a picture and he was holding his camera.

I have especially enjoyed a part of building this storage area. I knew wrens had a nest in the corner and I was avoiding them. At times I stopped work,  to let them feed the young ones. We became friends, I talked. I noticed when I whistled as I worked they came closer to me.

I deducted they thought it was a foreign bird language. LOL. My last screw in the tight area was 6 inches from the nest. I was whistling. The daddy bird flew right in and fed one of the kids and flew off.

There were three big mouths in that nest; imma wondering how mama and daddy know which one was fed last. I even dug up a few worms and put them in a jar lid for them. I am not a photographer or I woulda got at least one picture.

I assume they moved this morning, the whole family is gone. Yesterday one was of the nest and they were making a heck of a fuss, keeping track of the little dude.

Nite Shipslog
PS:
I don't say it often enough, but I enjoy your comments. Yesterday's were great. Thanks for the smiles.... from both of us.
Posted by jack69 at 10:04 AM

I'm neither a fisherman or a photographer either but do enjoy both. I'll never forget the days I sat on a swing bridge over the creek at my grandparents farm and fished for blue gill. Good times never to be forgotten. Coure I didn't get a picture of that we didn't have our phones to rely on for pictures in those days. I often forget to get a picture simply because I'm too busy watching what's going on. You must have made too much noise for those birds so they've moved on to a quieter place. They may be back though later on as it quiets down there once again. It's always a joy to watch the birds, but often very hard to photograph them.

Ummm, you're making me hungry for a good salmon steak! I've gone deep-sea fishing on several occasions, but wouldn't have a clue what to DO with the fish. (Girly-girl, yep.) Before cell-phone cameras became common-place, I think regular (non-professional) folks took greater care, choosing what to photograph. I, myself, have missed lots of things while waiting for the 'perfect' shot. So surprised when I read where a professional photographer may take hundreds (thousands?) of shots and wind up only saving one or two. I hope your wren family comes back to visit!

I didn't know fishing was so intricate of a sport but what an adventure! I bet the salmon was delicious. How cute with the family of wrens. That would have been enjoyable to have watched. I hope they live long lives! I am with you, I always forget to take pictures. I guess i am just enjoying the present too much to preserve it for the future.

I like to fish but not a fisherman either but heck I though all sailors would be fishermen.
My grandma liked to fish and she was a fisherman. She always had those fish stories.

We should go trout fishing Jack.