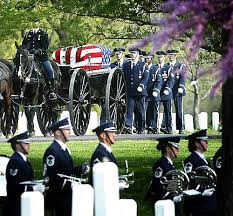 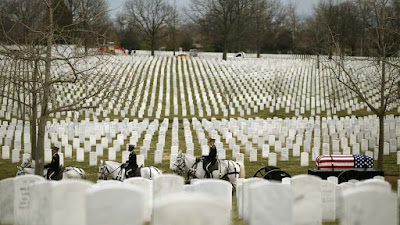 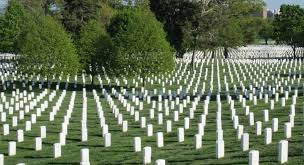 In my ‘growing up’ some inventions became known by their brand rather than what they actually were. I know for a fact every circular saw for many years was known as a Skil Saw. No matter what the brand of your saw it was called a Skil Saw because they were the first to perfect the circular saw. The boss would say, leave that hand saw alone, use the Skil saw.
Our refrigerator was always the Frigidaire. Mama’s would say, “There is a sandwich or milk in the Frig (short for Frigidaire), Refrigerator was never used in my youth.

Ask an American about Arlington and they will say, “That is our National Cemetery!” 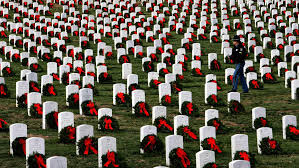 Most of us never think it is a City, Arlington, VA. It borders on Washington D.C. Sherry and I were fortunate to live in Arlington twice, once for a 2-3 month period for IBM school where I was trained on electric accounting machines, remember the key punch anyone? The last time we both worked in the Bureau of Naval Personnel (BUPERS), the second largest building in the DC area. We lived ½ mile from Arlington Nat’l Cemetery and our work bordered it. Sherry and I ate many a picnic lunch on a grassy hill overlooking The Cemetery. 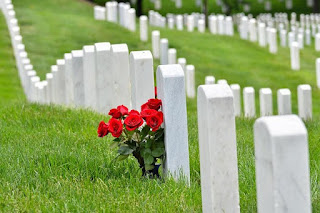 We watched funerals and people wandering thru the graves of heroes, many were family I’m sure. I considered it a privilege to be close to military heroes and presidents I have admired. Most days we were light heart-ed and chatted about family and work, others we sat quietly. Cemeteries do that to me. 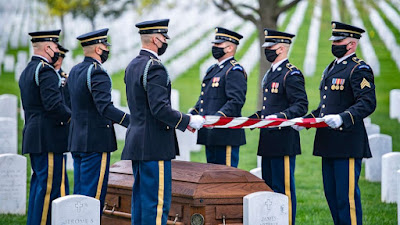 Ever talk to the dead? I have mentioned Sherry’s sweet mama. She is buried in Belmont where I had a construction company. Many days I stopped by her grave for a chat. Most of the time it was just to say “Hello and let her know I missed her.” I mentioned that years later and Sherry said she did the same (I worry about that girl! LOL).

My parents are not buried in Belmont. If they were, I am sure I would have talked to them more. Memorial Day brings Arlington back to mind. I can only imagine the millions of thoughts and talks to the ones who never returned to see babies & family grow up.Oh, the many Questions that families would have liked to ask. Sadly they will never hear the answers here on this earth.

Nite Shipslog
If you are interested...
PS: (From the Arlington National Cemetery website)
Arlington officially became a national cemetery on June 15, 1864, by order of Secretary of War Edwin Stanton. The original cemetery was 200 acres, and has since grown to 639 acres (as of early 2020). Arlington became a segregated cemetery, just like all national cemeteries at the time, and remained segregated by race and rank until 1948, when President Harry S. Truman desegregated the military. The primary burial ground for white Civil War soldiers became Section 13. Meanwhile, Section 27 became the area for African American soldiers and freed people; more than 3,800 freed African Americans are buried in Section 27.
Initially, being buried at a national cemetery was not considered an honor, but it ensured that service members whose families could not afford to bring them home for a funeral were given a proper burial…………..

I have been to Arlington Cemetery and it is sobering. Especially the tomb of the unknown soldier. To die and not be identified and there are so many if them out there from different wars. I think it is good the country set up a place for those who served to be able to have a place to be buried. Hubby's parents are buried at the National cemetery in the Sab Diego area.

I don't talk to the dead. I make comments like I miss my mom, etc. I do sometimes ask God to say hi to them from me.

Yep on the brand names! For instance, we no longer say tissue --it's KLEENEX! I once had a conversation with a German national who even cited that cheesy goodness we call Parmesan is not, in fact, universal. And yep on the key punch machines. I had but one semester in high school and that was ENOUGH! I've few memories of visiting Arlington, and would probably enjoy seeing it again were it not for the time and cost. Thanks so much for sharing this link!

PS - Yes, I talk to my folks all the time … usually while star gazing.

This day always puts a lump in my throat when I think of all the soldiers and personnel that were lost to war in the name of keeping piece. My father was a medic WWI on a ship and said he did not want a military funeral as he did not want guns shot off over his casket. So, we honored that part but they gave us the flag and rest of the ceremony anyway.

My generation lost a lot of men to Vietnam. Most of the vets I volunteer with are Vietnam war vets. I love them all. Most are scarred somehow-emotionally more than physically sometimes.

I do talk to the dead..lol. I went to my granddaughter's grave with flowers yesterday and told her I hoped she was dancing with the angels. She would be 15 in a few weeks. My family is all buried in PA so I don't go home and visit the graves--long way from WI to PA.

I hope you and Sherry have a wonderful day,Jack. hugs- Diana

Just stopping buy to say hello and wish you a nice Memorial Day. Thanks to all our service people! Sandie♥

Living near Camp Pendleton, we hear more about the brave who gave lives for us.

I grew up in a rural town, Memorial Day was important. People would return to town from all around. The cemetery was full of people placing flowers and flags. Mom picked her peonies (pineys she called them) and placed them on her parents' graves. It was a vital, important day.

Doesn't everyone "Talk to the Dead" ? My Father always did, most of my family growing up did. I don't think it is done much today ! Warm one today !
You 2 take it easy and Hope the Rain quits down your way ! Sending Love and Blessings from our Home to Yours ! Gary an Anna Mae !

Jilda and I have been to Arlington and it was a humbling experience.

Such a beautiful site. I've never been there so appreciate the pictures. My kids say they go to the cemetery and talk to their dad too. I try to remind them he isn't really there. He's right in the hearts where we keep those we love. But it its the only place they actually see.

I have never been to Arlington but I bet it a beautiful site.
No I have not talked to the dead except the few moments afterwards when my father in law passed.
Still not sure he heard me but it made my heart feel better.