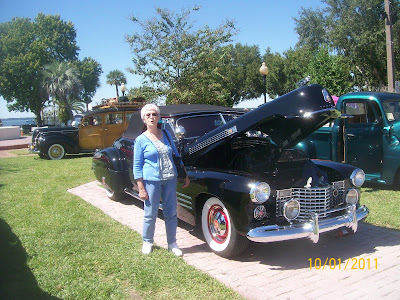 For Thursday:
a…
I do not often read a book twice, but in the past few months I have doubled up on a couple books. I am reading one now that I read not realizing it was part of a series. It is the 4th book of the series and I had read it so long ago I didn’t even notice I had read it until I started reading things that seemed familiar, sure enough I finally realized I had read it.

b…
I was comparing things the other day. I have heard the term ‘inflation’ most of my life but I was into half my life when I realized things mama said. Like: ‘When we bought eggs they were a penny a-piece.’  Dad talked about buying an almost new ’41 Chevy for $300, new it was $800..

Now I get hit with, “Dad when this land was $50 an acre why didn’t you buy some?”  It takes a while for people like me to realize the cost of objects is commensurate with the income of the day. My dad had worked for 10-25 cents an hour in his lifetime.  At the time land sold for $50 an acre I was making less than a $1 an hour.

c…
Myra tells about train trips as a child. I have only rode ‘showy’ tourist trains at destination points for short distances. Sherry & J_Jr. once took a train from Kirksville, Mo to Detroit to see her brother.

ODD, I just recalled riding the trains in England from the Port of Spithead to London and back. I now remember truly enjoying the English countryside. How(????) could I have forgotten that? Wildly strange, one’s memory!

I remember making 1.25 cents an hour and buying weeks groceries for 20 dollars and we ate good. Things are commiserate with what we make My children make more than my husband ever did but in many ways they don't have any more than we did. In many other ways there is no comparison to the way we lived. Our memories are funny things.

We do have to remember prices were based on what people were paid. It will be interesting 50 years from now what minimum wage will be and what things will cost. I have reread books sometimes by accident. I guess that is to expected if one has been a reader like me for over 50 years.

I hear it all time how things were cheap back then.....But I never can grasp why they say that when also people didn’t make much money at the time.
My daughter made more in allowance than I made at my first job.

True that! Back in the mid-70's I remember feeling unusually bold and holding out for $5/hr. in order to change jobs. My mother's 1956 travel diary is presently the process of being restored, but I remember being astounded at her carefully-documented costs of meals, lodging and gasoline.

And yep, I've made the mistake of re-reading something. I hope you're downloading these books and didn't have to pay what my momma called 'good $' for them!

I am trying to et a copy of my Fathers Journal, He kept accurate records of adventures he went into, Sheep, Chickens, Eggs, Fire Wood, My brother in Florida has it and I have seen it twice but he is reluctant to part with it for me to copy ! I remember going to work for New York State Forestry, I trimmed thousands of Christmas Trees and larger Spruce Trees, my Pay was $ .50 cents an hour in 1962 & 63. We got an Hour Lunch and the State fed us Lunch.
Never knew how good I had it !!!LoL !!! Hope your Rain quit down there ! Enjoy Yourselves, sending down Love, Gary an Anna Mae

What a revelation that would be for today's generation!

Farmer's Almanac often shows comparisons of then and now. It is amazing that our parents managed through it all.

Riding through England and Ireland takes my breath away. I didn't dare close my eyes in case I missed something.