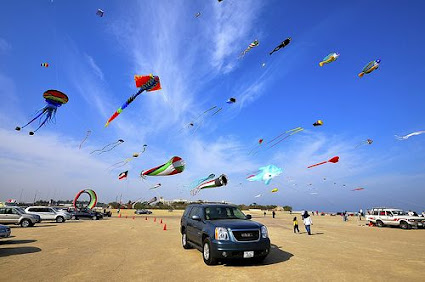 For today: This picture was sent to me by Grandson Josh. He caught me and Oliver Jack like this, THANKS JOSH! 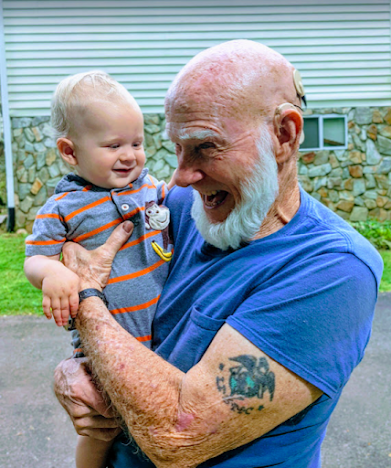 NOW:  In my youth I made and flew hundreds of kites. My  favorite kite was the 3 stick kite. 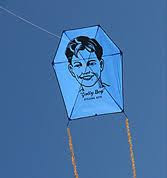 Since my dad was a preacher he had a suit cleaned at least one a week. They were returned to him covered with brown paper. There was enough paper to make two kites in each slip over cover. Mama used some of the paper but always saved me enough it for kites. 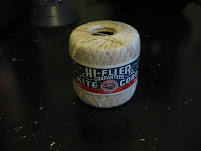 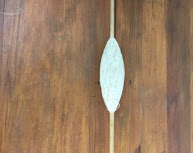 My kite string came in a ball, but ended up like this above. very few people brought in their kites winding like that.

Flying kites was one of the great, lazy ways to spend a day. If you were flying with friends it was time to tell stories and just joke and have fun.  If I flew alone, it was time to dream. I dreamed of being able to fly, not in a plane, but like Superman.  I also dreamed of having my own plane and flying to visit all over the world. In those first years I lived in Southern towns that were built on and around the textile (cotton) business. Of course I never gave a thought as to where that ‘kite string’ was made. Kite string was never wasted, we just tied another ball of it to the string already out on the kite. I just knew my kite was miles up in the sky, LOL!

We moved to Belmont. Just in time for High school; time to choose the courses I wanted to take. Belmont had 26 cotton mills. There was also a ‘Textile School’ over on Wilkinson Boulevard. You could elect Textile School for the mornings and be bussed to and from. You got 3 credits for that. I found out it was a ‘crip’ course that no ever failed, I jumped on it.

I did not plan to ‘Learn anything’, my plans had always been to quit school at 16 and join the USMC. WELL, I did learn something, I learned a lot. In that year I was taught every step from raw cotton to ‘spinning and winding’ thread (s). Next to Math/Algebra it became my favorite subject, it was actually learning.  I never had a job in the mill, but I learned what my dad always said, “The Cotton Mill workers earn every penny they are paid.”  He knew because he went from share cropping in North Georgia to working in the NC cotton mills during the depression. 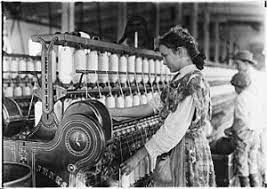 This is getting too long, what I started off to say was I did learn where that kite string came from and how it was made. Then, like every phase of our lives, there is a story behind it. I did learn a lot and never did get to the weaving of those threads or see how kite string was wound into those neat little balls.
Ok be truthful, did you ever pick a course because it was considered a 'crip' (easy) course?

I remember gathering straight sticks and mom would make us a kite with news papers. They actually flew pretty good and it gave us hours of fun until we got one caught in a tree.

Now tell me the story behind that tattoo on your arm.
Lisa

Love the picture of you and Oliver Jack! The look on both of your faces is just precious!! Wonderful memories of kite flying/making you have Jack! I remember making kites from newspapers too and enjoying flying them :)

I never flew or made a kite. What wonderful experiences you describe. Thank you my friend.

As soon as a spring breeze came up, we were all outside with our homemade kites flying in the field. To this day, usually the week or weeks prior to Easter, it was time. Today's kids buy their kites but our youngest, now 37, still knows how to make his own out of strong wrapping paper or freezer paper for a small one. I loved the Oliver Jack, Jack, picture. I'm also curious about your tattoo that's military related perhaps??? The look on your faces is priceless. Such a sweet memory! Loved this
loven'hugs from up north of many state borders. It's time for me to go to the cabin with the car trailer to load scaffolding ... always busy at something, this time another lean-to for Bill's new-to-him tractor.

What a great memory and you were lucky to pick up a coarse like that one. I don't remember any crisp courses in my lifetime. But I did make and fly kites too. The string would often get tangled and what a job it was to straighten out again, but that didn't stop the fun.

Homemade kites - very interesting - nothing went to waste back then - using paper from the dry cleaners...

What a great photo of you and Oliver Jack! My father bought me kites a time or two, but they never held much appeal. I'd rather have sat cross-legged with my plastic cowboys and ponies.

I'm laughing about the 'crisp' course -- remembering when I signed up for Statistics, mistakenly thinking that sounded easy-peasy. What a debacle!