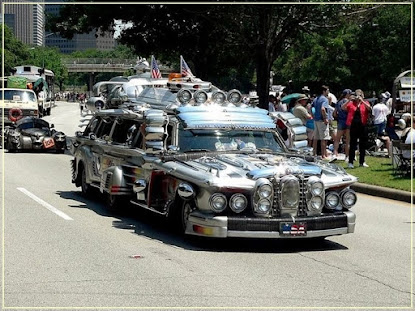 We hear that statement a lot, “Follow your dream!” It always sounds like an adventure or challenge. dreams cost, either in sacrifice of other things, money or effort. I have an old shipmate I have mentioned here. I am from the south and Polish names were new to me. Aboard ship many men are affectionately known by a nick name. Ski (skee) was an easy going computer repairman and became a friend. 50 years later, I was pleasantly shocked that our friend Ski  is now Protodeacon Michael Malanowski of the Orthodox Church. It was great to reconnect with him.

His son is in a ‘Monastery’ and a Monk (?). Life requirements are very strict. His dream has cost him a lot, using the standards I consider normal.

I also learned a lot in the process of reconnecting. I learned a little about the Orthodox and Catholic Churches. They are definitely different.

I had the privilege of meeting several Monks in Spain way back in the hills. I believe the port was at Alicante, Spain. In their remote monastery they produced ‘Olive Oil’ using a huge stone wheel and spent a lot of time in prayer and meditation.  I am not sure if they were Catholic or Orthodox. BUT they gave up a lot to follow a dream.

This little dream of mine (and it may just be a dream or hope) to walk the AT will take me by a Monastery in New York.

The Graymoor Spiritual Life Center is a monastery that generously allows hikers to camp for free in the picnic shelter on their ball field. Come on, when else are you going to get to camp at a monastery? Do it for the experience. The monastery is about 0.4 miles off trail on Franciscan Way. Mile 1,430.8: RPH Shelter.

I have been working on stoves. I have built three alcohol stoves. They weigh less than an ounce. It takes ½ of a coke can to make one. The latest takes 11 minutes to boil 2 cups of water. Ramein noodles will be my main daily meal on the trail.

This has been our progression of stoves: 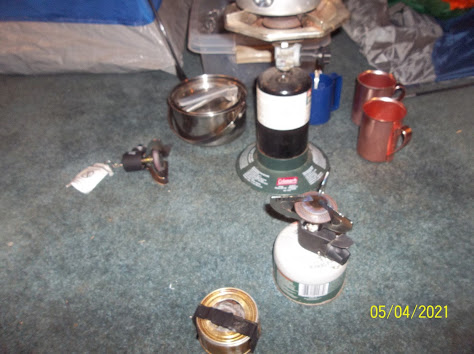 The three stoves uses this far, the one with the big black tank was too heavy. The one not real clear has a smaller tank. The flat can in front is the catfood can stove, also alcohol. the black tape just holds it together for travel.
These are the three I just built. They take 5 table spoons of denatured alcohol to boil water. 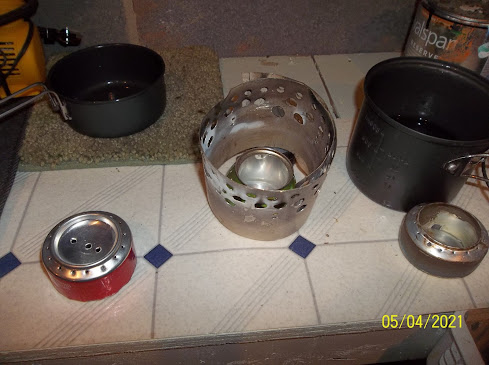 Of course only one is used , the others will be spares if I go this way. I would still have to carry the fuel.

That would be cool on your walk if you went to the monastery! I can't imagine a stove weighing that little but still being functional for your purpose at least of boiling water :)

Wishing you well on your walk to the monastery.

The little stove is the coolest thing! Heck I want to try that at home just for fun.
Always exciting to hear about your hiking adventures. I still want to do a small hike one day. I bet after one time, it gets in your blood and you want to keep doing it again and again.
Lisa

yes, that car/whatever, is a nightmare! As for your adventure, the stoves are perfect, effective and lightweight. I still admire your tenacity concerning getting the AT hike finalized. You're a real trooper. For me, gardening gets in my blood as your hiking does for you. Stay safe and report back whenever you can. Will Sherry be meeting you along the way or one of the boys? The monastery, I'm sure, will give you a peaceful rest.
loven'hugs from up north where the sun is shining bright, calling me outside.

It is so important to have a dream and follow it. They give us the inspiration to do what we love. Your little stove is very clever. and I'm sure will be appreciated on the trail. Keep following that dream and it will come true.

How clever you are with those little stoves! Not only do I love your imagination, but your knowledge to get-r-done!

I think it would be so cool to camp on the Graymoor's property. 'Suppose I tend to paint things with too wide a brush; giving little thought to differing religions and schools of thought. Remember when Rick used to say, every day is a school day.

Your Stoves look very light, handy, you need to show the fuel supply and how to stoke it for us Challanged Seaman to understand the process, I like it, Rainin and more Rain, not supposed to get above 55 this weekend ! Rain predictied for Mothers Day ! Take care, sending best regards from wet, soggy North, Gary an Anna Mae