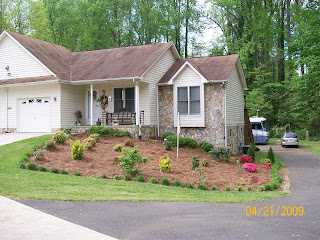 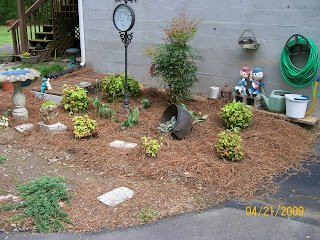 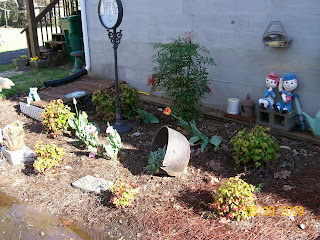 
I love corn bread and milk. Last night I decided to have some since we had some corn bread left from beans and cornbread.

Yeah, I guess it must be the cat’s fault, but we don’t have a cat. The milk was sour.

Problem is I had already heated the corn bread in the micro and crumbled it in to the glass and added the milk, before I smelled it. Now I like butter milk and cornbread, is there any difference. I ate it anyway. I hoped I would not be as sick as this computer. I am Okay I think. I am wondering what is really happening to the computer systems. I have heard from several who are having the same problem, pages stacking continually and you have to just hit the OFF button to stop it.Debbie and Lindie are having that exact problem. Paula and Lucy are having problems, I don’t know if it is the same. The funny thing most of the time is when Sherry and I are working with the Blogs.

Sherry says she cooks with sour milk, I should be Okay!

Sherry is trying to get a Graduation Party ready for the twins, having a rough time getting schedules together. It is hard to schedule anything now a days.

If I don’t make anymore entries you will know not to eat corn bread and blinky milk, Just Blame the Cat. (Ref: http://pl78064.blogspot.com/ scan down to April 18th entry)

I know we will go to Nunans in Kennebunk. At least we hope to head that way, but we will take whatever comes. You cannot predict life.

7. Forty people are sent to the hospital for dog bites every minute.

8. Babies are born without kneecaps. They don't appear until theyare 2-6 years old.

9 The average person over 50 will have spent 5 years waiting in lines.

It's ALWAYS the cat's fault! If you find a solution or more info about that window/stacking problem, let us know. That happened to me yesterday, although my touch pad on the laptop is very sensitive, I thought maybe I was holding it down when I clicked on the link or something...

Per your request for restaurant suggestions for North of Boston as follows:

Marblehead....Flinny's, The Landing, The Driftwood, The Barnacle.

I can't stand cornbread and I don't like sour milk so I would never havce had it in the first place, BUT if I did like it I would have dumped it. Lucy

Good looking job on the driveway. I like cornbread and buttermilk but I don't think I could handle it with just plain old sour milk. Helen

You know I had milk You could borrow from the neighbor up front. Glad we got the gabezo up.
I trotted all the wicker up the stair and they
are in place. Now we need to get somebody to cook a meal and so we can try the deck out. Maybe we can order and have it delivered.
Maybe are through working for awhile.

I'm like Helen, I like buttermilk and cornbread, but do not want any sour 'sweet' milk. I am saving a cornbread muffin from Cracker Barrel, I hope I can put it in some buttermilk tomorrow. As for the pine straw...you did good. Hurry up Shirl or Sherry find him something else to do...ha. Take care, Sheila

Shirls house is soooo cute ....and I just love her landscaping/garden....beautiful!