I love the West and stories of the Pony Express and cowboys. I love history and also care a lot for the make believe cowboy.  I am not naïve enough to believe that all the move west was romantic, but I love to think of it as so. Because I love a good story. 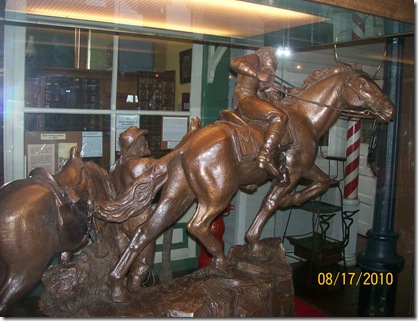 Inside the Pony Express Museum

While we were in South Dakota near Deadwood, we also drove over to Sturgis, if you are a biker you know about Sturgis. Well it isn’t far on over into Wyoming and the ‘Devil’s tower’. This is a very unique outcropping that will impress you. 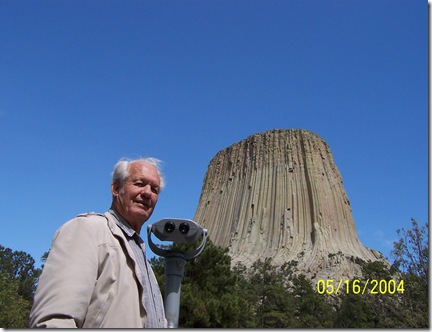 (My buddy and best friend Sonny at the Devils tower)

There is nothing near the Devil’s tower, just the tower. It is a giant, majestic column of rock. It has huge unique grooves on the sides. 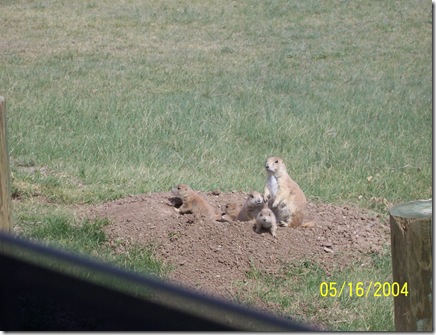 (I keep this picture because Sonny took it, we were fascinated by Prairie Dogs)

We drove back thru Sturgis to Rapid City and headed South. Leaving the Black Hills. Just out of South Dakota, we drove thru Valentine, Nebraska. The Heart City. street signs and directions in red and white. Pretty little town. 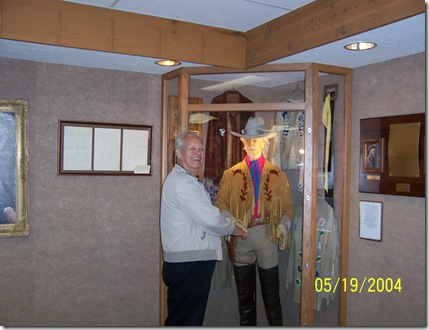 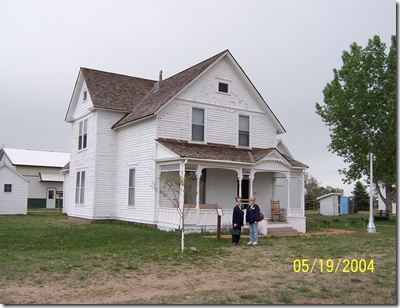 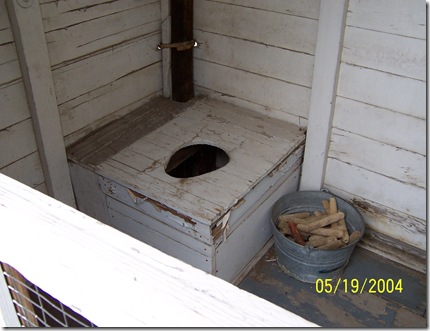 Our destination was North Platt, NE. We wanted to see the museum and Scouts Rest, home of Buffalo Bill.  WE got to see both.  For you that do not know, N.Platte was a great rest stop for all troop trains East and West during WWII. N.Platte was famous for serving every troop who stopped, refreshments free of charge. I was thrilled to be where my brother  and uncles had stopped on the way to serve in the Pacific. 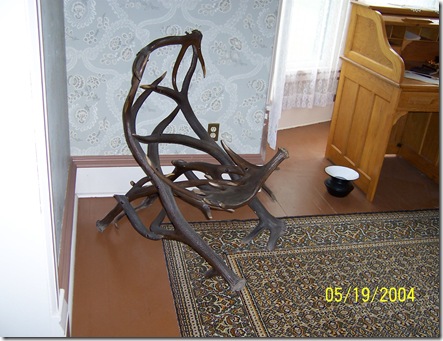 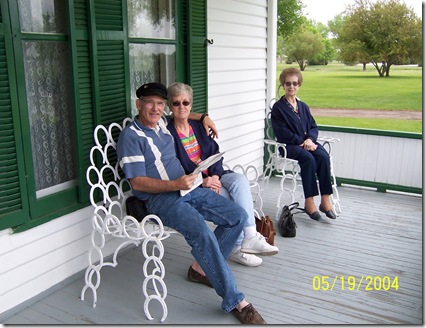 Us on Buffalo Bill’s front Porch, in horseshoe seats. 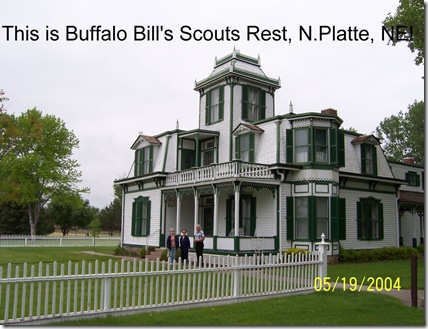 I asked my Brother about it. He smiled and said,”Funny story about that place. The Gov’t had paid the troops before us in silver dollars, and naturally many were spent there. I wanted to buy a beer and only had a $20. The beer was $.50.”  He was 17 at the time. “The girl tending bar said she would have to give me silver dollars in change, I told her 19 silver dollars would pull my pants down. She smiled at me and said, mine too! that scared me, I never got that beer.”  Gotta love my brother, God rest his soul, I miss him and his dry wit. 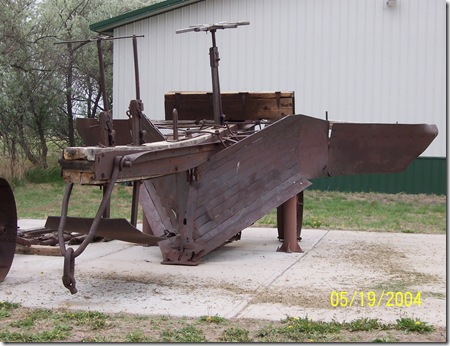 (Above:This is an irrigation ditch plow, pulled by 20 oxen)

(Below is Buffalo Bill’s Barn, much of his traveling show was stored here when not on the road) 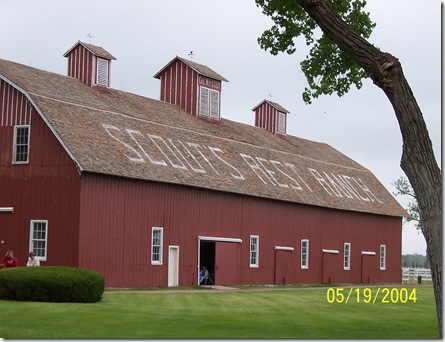 The Museum had movies of the trains stopping, but with the millions of troops pictured I never saw anyone I knew.

Scouts Rest was nice. Buffalo’s house was neat. Of course there were a few guns, he also had a chair made out of antlers.  We rested on his front porch.  It was a restful place and many Old Pony Express riders rested here.

Later we may go on down to Dodge City.

What the world needs is more geniuses with humility, there are so few of us left. 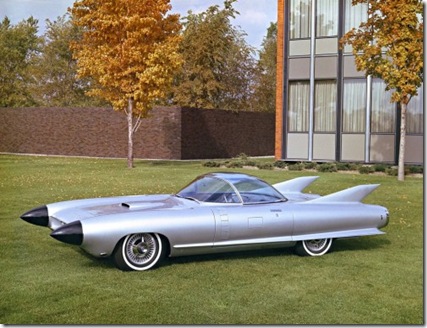 You told me things I did not know about North Platte and I live in Ne. and had a cousin trhat lived there.

It's nice having you for a tour guide and finding lots of things about places I've never been to. The sun popped out here briefly. Hope you all are keeping warm there.

I like that Cadillac Cyclone; too bad it didn't make it into production; reminds me of something Batman would drive.

I liked the trip we took today, Jack. Scout Rest sounded like a great place to visit; I too would have enjoyed seeing Buffalo Bill's house; looked neat! LOL with the story about your brother and the beer!

It is sad when our siblings pass but you are keeping him "alive" by sharing him and memories of him with us! Thanks!

You all looked pretty comfortable there on Buffalo Bill's front porch. That antler chair looked a little uncomfortable, though. LOL LOVED the SEAR's house and outhouse. Chuckled over the corn cobs. Devil's Tower was pretty impressive. Solid rock, you say. AMAZING. GREAT story about your brother and the silver dollars. Have enjoyed the tour today. Take care.

Back home and trying to get caught up on blogs...didn't know you could buy houses from Sears once upon a time, learn something new everyday. Loved the tour, look forward to Dodge City, we went there when we lived in KS, BC (before children). Hope you and Sherry had a great holiday. Love from NC, Sheila

Even when you & Sherry are just casually sitting on a bench...I see the love there.
~Mary

Very interesting to read about your travels.
I also miss our Brother he did have a dry wit.
Glad you got to see where some of your heroes
lived.

I like those Praire Dogs. There is a Praire Dog town here in Texas. I've been there years ago and I think it is near Buffalo Gap. Have you ever been to Enchanted Rock in the hill country north of San Antonio? It is quite amazing as is all you write about here today.

Thanks again, for all of the fine adventure. I feel as tho I was right there with ya, but don't remember stopping to eat or potty stoppin'.

A young fella and his dad once hunted for whitetail by Devil's Rock. They asked me to paint on their European Mount Skulls from the bucks they shot. The dad wanted a pair of Cedar Waxwings, like he had seen feeding on cherries, and the son wanted Devil's Rock on his. They turned out pretty good, or at least they said so. Will have to show them sometime on my blog.

Oh, I dropped you a comment on the nekkid entry.

Enjoyed reading about this trip. The pictures were all good too. Barns and potty and the Sears' Roebuck catalog go together, don't they? ☻