Every one has read of the discoveries by remodelers who tear down a wall to find it full of cash. I have never had that luck and I have torn down a lot of walls. hahaha.  However most of the walls I have torn down have never been in the ‘mansion’ category. 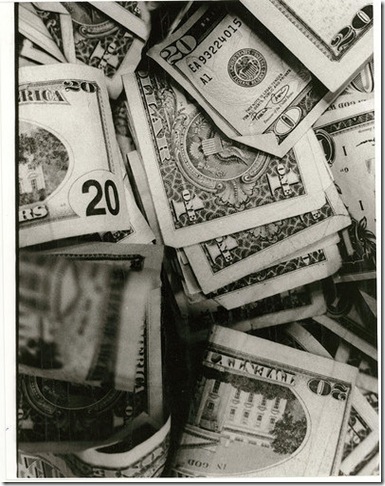 I was most impressed by the guy out in a NW state that found Hundreds of thousands in a house and told the owner. What was additionally strange, the money was in OLD bills, the bills themselves were worth more than the face value. It had been hidden in the wall by someone in 1930.

The workers honesty was rewarded (or attempted to reward) with something like $500. The worker balked, “I deserve more!” (in my opinion he did, he could have loaded the money in his tool box, done a bang up remodel job and left RICH no one knowing the difference!)

Arguments ensued, lawyers brought in, then the IRS got into the picture, neither party ended up with much.  Amazing what can happen when you do not think. In that case, it was money neither had worked for.

Once,  son-Jack, ran into a cloud of money  on the highway. Ended up finding loose bills amounting to a couple hundred dollars. There was no way to find the owner, and no ads were seen.

Once we took the grand kids to the beach. I had closed on a house and the banks were not open so we carried the cash to the beach. We drove off and accidentally left a huge amount of money on the curb in a tourist area (during a time we were distracted by our wonderful grandkids on a great trip).It was in a beach bag. It sat there for an hour before we frantically made it back. We found it still sitting there, untouched.

A night or so ago son-Mark called. He had sold his pool table and delivered it 100 miles up the road. On the way back, he stopped on the side of the road to check the trailer, and lost part of his money. Mark is always too distracted to secure his money, usually bills are stuffed in his pockets to straighten later, but he never gets around to it.

This time he drove back the 60-70 miles and found his $120 on the side of the road. Amazing. He told his mom I have a brand new wallet; I hope he uses it. LOL

Thanks for reading this mess.

We are what we repeatedly do; excellence, then, is not an act but a habit. 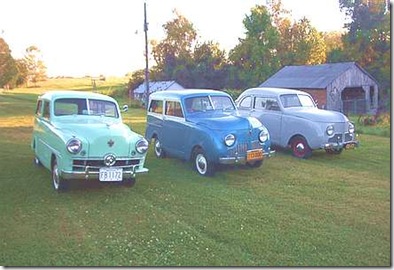 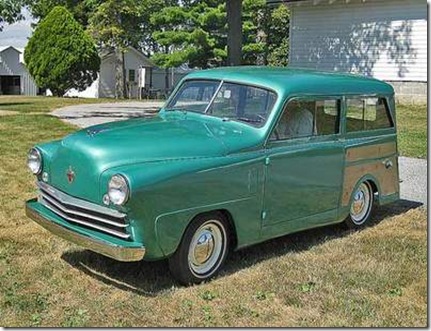 Ahhh, a blogger mentioned the Crosley, the car way ahead of its time. Production started in 1939.

You and your son are very lucky when it came to finding your money. I always feel really lucky when I pull out a winter coat I hadn't worn since last year and find a hand full of change inside one of the pockets. Glad it is going to be warming up for you there, it is a bit warmer here too as the sunshine is out today...it is 28 degrees out right now. I'm working on getting brave enough to venture outside and retrieve my rubbish bins from the curb. I'm in no hurry.

Love this entry but I'm still waiting for my ship to come it. Never been lucky to find money.

Yep my Dad had two, a sedan and then a station wagon! Imagine 4 people, 2 adults, one 14 year old and 1 7 year old on a trip to the mountains in this car. (No seat belts then) so I can remember hanging over my Dad's seat going "are we there yet, are we there yet"! I think he wanted to put me and my little suitcase out on the corner of the road!

I have never lost any money or found any money
I just spend money I guess you could say that
money is lost. I decided to give myself a raise
buy not spending time in the Shopping Centers.
Will see how long that last.

hee hee...
«Louis» hasn't seen a Crosley in YEARS! Being an old car nut, «Louis» was happy to see this photo.

Forgive me if I shared this story with you and Sherry before, Jack, can't remember all I told this to, but my uncle made grandfather clocks as a hobby. After he passed years back, the family decided to have an estate sale for all his stuff plus he lived in the family house, never married, so there was lots of things there to dispose of. They got someone to do the sale for them, take their cut, would divide the profits among the remaining siblings, etc.

Anyway, my sister went to the sale and got a grandfather clock he had made. Brought it home, setting it up. Found $5000 in cash hidden inside. She did the honorable thing and returned the $5000 to the estate. What we wondered was if there were other surprises in other clocks and the people didn't say anything about it (which rightfully so they really wouldn't have to. They bid on the clock, won it fair and square. I think it was up to the estate sales people to go through items to see if anything was hidden). Lord knows we are going through ever book here just in case. No money found though (drats :)

Good for you though that your money was still at the curbside where it was left!

I once lost $300-$350. I thought it was gone for good. A couple months went by and I had to pull out my bed to turn mattress. There was my money lying on the floor. It had apparently fallen out of my pocket and stayed hidden all that time. I was so relieved. GREAT stories about your sons and you. Take care.

The most terrifying that ever happened was when I was married to my first husband and we had 3 kids and a fourth on the way. Duane had just got his check from Construction co. he worked for. My purse was on the table and every penny was planned out for our bills. My purse was on the table. No air but locked the screens on windows and doors. I went to look in my purse for something and my billfold was gone. I searched every where and could not find it. I finally went down to the basement and started washing clothes and crying. We lived in a duplex, and the lady on the other side came in and wanted to know why I was crying so I old her what happened. It was just a few minutes later she left and came right back with the money in her hand. Her son had worked a wire in to unlock our screen and snatched the money while we were sleeping. She said he took it over to a near by park and buried it under a rock. She said it was all there. I still think 10.00 was missing but I didn't argue.I had not realized cause we Had not lived there long enough to know what a thief he was. I never left my purse downstairs again.

Nice articles. I'm just blogwalking and very happy to stop here. And also give you some comment here.

Dont forget to give us some your comment into my blog too.

Never found any money. Lost some though. It's something that I've heard people pray: "Lord you could let me find some money." And I always think: What if it was them who lost the money. Would they feel it was fair for the finder to keep it? Or would they wish an honest person to find it and return it?