Remember when our Playmate Paula, always found a mystery! 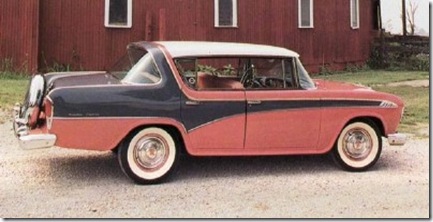 Sister Shirl volunteers at the Belmont Historical Society.  She was sent a picture that has caused a small stir because some say it is mislabeled. At first glance, I am sure the label is right, but I did not come to Belmont until 1954. Most of Sherry’s growing years were on the Imperial Mill Village. The Imperial mill sat atop  a big hill. You could look across the railroad tracks and see the Chronicle Mill, and part of its village.

Sherry and her mother walked by both mills on their way to church. I learned the path once when I lost my driver’s license and had to walk over to see her(Actually I ran over and floated home). It wasn’t far, but leaving her house, and being in love, I floated on air down the hill and up by the Imperial, then across the rail road tracks and by the Chronicle.  By the time I got to the Chronicle I was back down to earth and walked the other half mile normally. LOL. 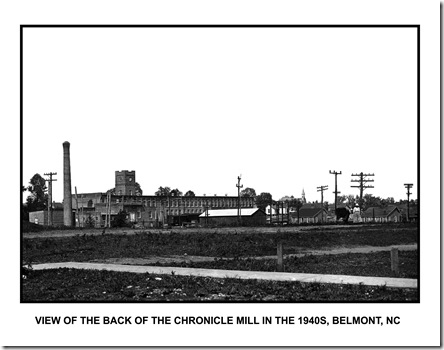 This is the blow up of the steeple on the right center, just before the lady staking her cow to graze. 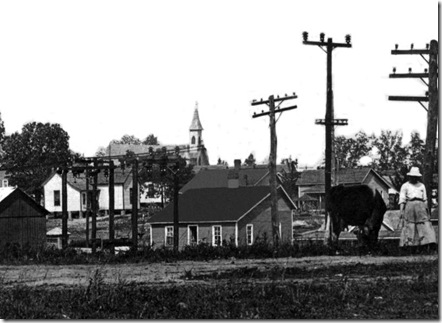 (Funny how mysteries bring up the past. I walked just to the left of the above picture leaving Sherry’s house, just a month or so before I joined the USMC.)

If that is the Park St. Methodist steeple in the back ground the mystery is solved, it is the Chronicle. I have written the Church and sent the photos to see if they can ID their ‘old’ steeple. That church no longer stands there.

If this is the Chronicle Sherry’s Aunt Goldie lived in one of these mill houses.  I also sent the pictures to Candy, Johnny’s Daughter, so John can look at them. 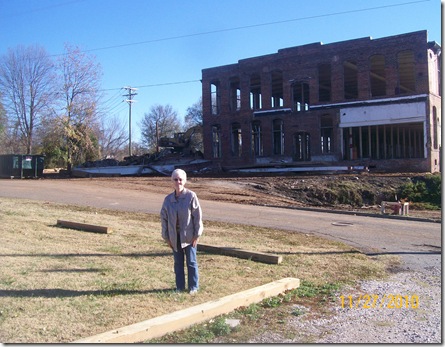 (Sherry in front of the Imperial being  razed. I figure that picture in question was taken from about that telephone pole on top of the hill looking about the same angle as this picture. over the hill to the Chronicle) 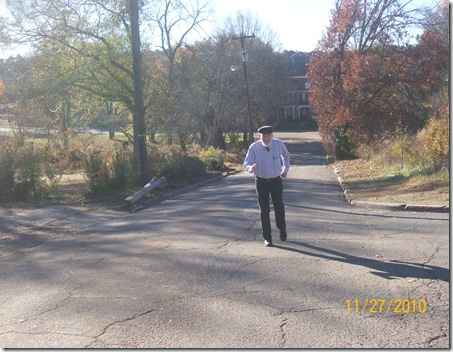 (While we were there I was showing Sherry how I ran (floated) up this hill after kissing her good night, I was 16)

This brings back a lot of memories of a wonderful time in our lives. Once I was driving daddy’s car and was showing off in front of her house and dropped the clutch and tore out daddy’s drive shaft. (Not Funny).

In front of the same house at another time, in the Rambler of dads, Sherry found out the seats would lay back, She was  smooching and kissing, when there was a knock on the window. I looked up and it was Sherry’s mama in her night gown. She said ‘SIT UP IN THAT CAR!’ Embarrassed me, I never let Sherry do that again. LOL

Thanks for reading this stuff. 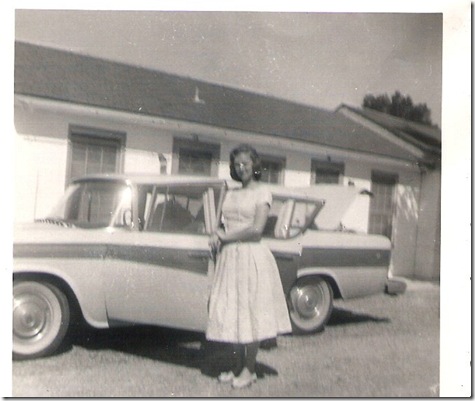 This is the girl, and that is the Rambler.

I hope we can get this mystery
solved. It has brought back a
lot of memories for everyone.
If we can find out what Church
the steeple is on we will solve
the mystery. We were all standing
outside the Church Sunday looking at the Bell Tower behind the Chronicle and trying figure the angle the Photographer was standing when he snapped the picture. I hope we can help
Allen solve the mystery picture.
It was a big discussion at the meeting Thursday night which I didn't attend. To bad the old
Church was torn down.

A good mystery is a lot of fun. It will be interesting to see how this one turns out. Memories like yours where one leads to another are a joy in themselves. I try not to go down memory lane too often, but when i do I try to always choose the good ones...there were many to be sure.

I agree with MA. Mysteries are alot of fun trying to solve. Hope you all get to the bottom of this one. Keep us posted. What wonderful memories you have of courting your true love. I LOVE that 1956 Rambler. It's got my name on it. LOL Take care.

I cannot help you with the mystery, or could I if I were to do tons of research. I will leave that up to you locals, ( note: not implying you are loco )who are familiar with the surroundings in your hometown.

What I can tell you for certain is,
You two lovebirds were smoochin' in that 56 Rambler when I was a mere 6 yrs. old...I love it and you two, too. Ha!, as you would say, Jack.

Enjoy reading your memories Jack...hope the mystery is solved! And in a Rambler, who knew! My Mom's favorite thing was to switch the outside lamp on and off...it was right by where the ex parked his car! LOL

Hope you solve the mystery. Some of mine are still not solved, like the columns.

I love seeing old pictures of my hometown too. Hope someone is able to straighten out the mystery. As for the lottery numbers, I'm going to try them out first and if they work I'll send them to you... :-)

The last time we went through my hometown was about 5 years ago and it has not changed at all except there is only one grocer there, and their used to be 2. We pass that way if we go to mom and dads grave , If we go straight we go to My brother Wesley and his wife that died so young.

I'm sure the mystery is interesting to lots of folks but my attention was captured by you saying that Sherry let that seat down until her Mama tapped on the window with orders for you two to sit up! Hahahah. I remember those feelings of youth. And remember trying to show out for the girls in Dad's car.

hee hee....
As you and «Louis» have corresponded outside of your blog, these Ramblers were what Mitt Romney's father, George, staked his reputation on at American Motors.