No one in our family ever rode a school bus 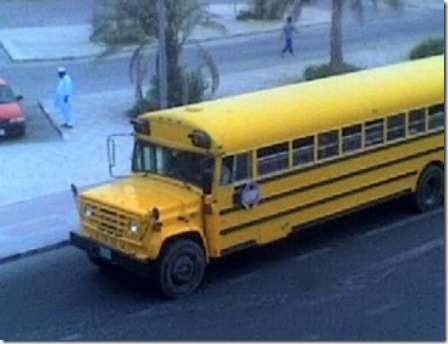 But as a kid I always wanted to.  We lived in High Shoals, NC at the time, that was in the country, but the school was still within walking distance.  Shirl was in school then, but still walked to school. You know the old story 10 miles up hill in the snow!!!

I am guessing, it was probably about 3/4 of a mile. The only kids to ride busses were the ones Way out in the country.  I have often wondered what the limits were, when it came to walking. When I started to school, the school was about 4 blocks from the house in Burlington, NC. The longest distance I walked was in Albemarle, NC. Probably about 2 miles. IF we were late we could make it in about 20 minutes, but usually walking, playing and talking it was about 45 minutes. 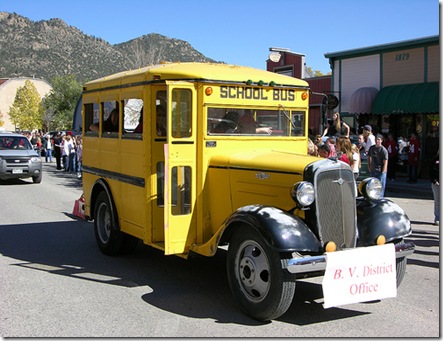 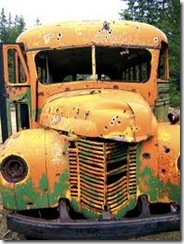 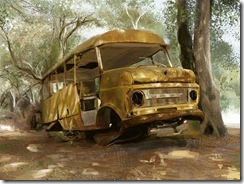 I rode my bike most of the time after Shirl was in another school. Funny no one locked their bikes and they were parked, laid down, leaned up against the school or a tree. Most did not have kick stands. I do not remember of one being stolen, although I am sure there was the rare case. 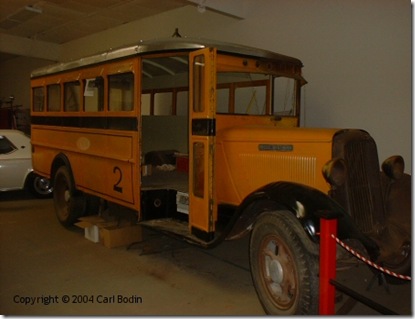 Whoa, Valdese, NC we were so close to school I could leave after the first bell and be in class on time. There was two bells. the first  was a call to class, the second meant if you were not in class you were late, or tardy as they called it.

Belmont, NC we were about two miles away from the school. That was always a fun walk. I started to school met up with Scottie, joined the others, Neil, Harold and Kenneth  from the Climax mill village, behind the mill. If it was winter the workers had a barrel of scrap wood burning and we could warm up. 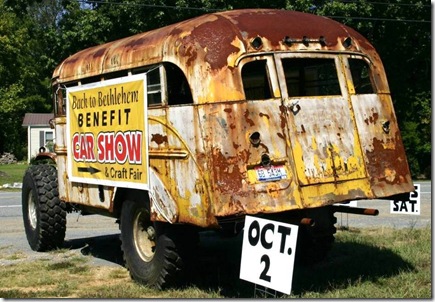 (I do believe this one has Ohio tags!) 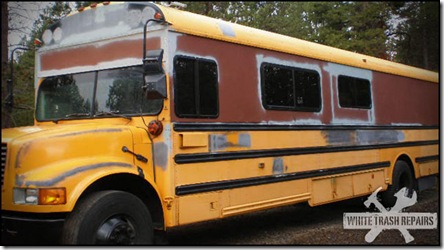 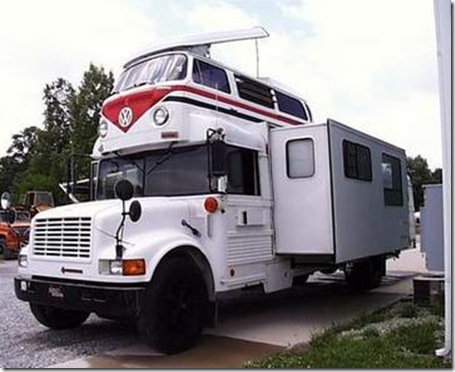 That was my last school before I quit. Two  churches dad pastored had had SS Busses. The one in High Shoals, (Shirl got in a big way talking and volunteered the Church bus for a class outing), which dad honored since Shirl was his pet in the family. I loved to ride in the church busses to pick up folks for church. It probably wasn’t that much fun to those who had to ride, but I always thought it would be fun.

When I was a boy I was told that anybody could become President. Now I’m beginning to believe it. (remember he died in 1938, he was referring to FDR)

I don't like spinach, and I'm glad I don't, because if I liked it I'd eat it, and I just hate it. 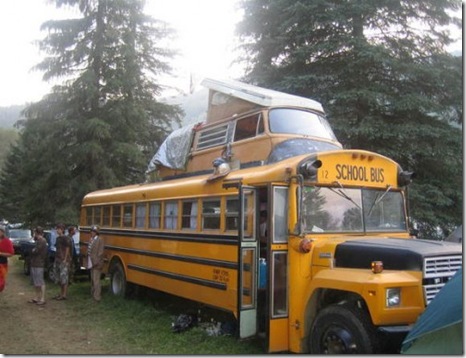 I guess if I wanted a School bus so bad, I should have done this!

I'm beginning to think it would be better if I could catch a bus. Not much in the way of public transportation around here though. There are some school buses to transport grade school kids more than 2 miles from home. The car repairs will cost around 500. Of course they found a few other things needed done and might as well get an oil change while I was there. They had to order a part too, so it will be tomorrow before all is done. The sun is shining once again so it will be a great day!

Riding the bus was fun, the time or possibly two that I rode. As I recall, it was because I had gone home with a friend from school who lived way out in the country (Probably about 7 miles). I walked to school mostly. In Campaign, TN it was about two miles. In New Orleans it was on the City bus and was 14 city blocks. One could ride anywhere in the city then for only .07 cents. Dad gave me .50 cents a day to take the bus and I could buy lunch at school for .10 cents. Five cents more bought a "Brown Cow". I normally walked to school and took that extra .14 cents to buy my coke at lunch, to go with the Hot Tamale Po' Boy sandwich (which cost .35 cents) bought from the street vendor. That left me a whole nickel for the Penny Arcade down on Canal Street! ☻

I, too, walked to school and thought the kids riding the school bus were lucky...until I rode the bus to a friend's house. It took forever to get there, and boy was it noisy!

Wow, kids did a lot then that I don't even think they are allowed to do now. I thinking walking to school is almost obsolete now days... Honestly, I'm glad I had buses but then, I was raised in a lazy generation lol

I lived way out in the sticks so I got to ride the school bus...your second photograph down looks somewhat like the bus my sister rode when we first moved to "the country." Only that one you had to get on at the back door! When I lived in the city they used city buses as school buses...so I was bused from 1st grade till graduation!

Great post...lots of interesting memories from riding on the school bus!

Neither did I. If my son will entering school however he probably will.

Will write another one left several words out
and don't know how to correct them. I was surprised I accidently found out how to cancel
comment. If I click preview will that allow
me to correct a comment.

Enjoyed the pictures of the different busses! I never wore a bus to school; in our district you had to be more than 2-1/2 miles from high school to get to ride the bus, I was 2 miles away, so got lots of good walking exercise! Thankfully it was Southern California so we didn't have to walk those miles in the snow :)

hee hee...
In the fifth from last photo, «Louis» spotted a '63 Chrysler 300 K behind the bus. With its 413 cubic inch V8 and dual 4 barrel carburetors with the ram tubes (which, in effect, worked as a supercharger), the 300 K was one HOT car! «Louis» remembers driving one at the local Chrysler dealer. Holy smokes that was one FAST car!

I rode the bus to school during high school, but I walked to school in elementary and junior high. My bike never had a kickstand either and we just parked them in the bike rack, no locks.

Those were the days and I never knew it until I ws older. Nowdays, you've got to lock everything.

Oh, my! I rode the bus, and I have never in my life heard so much cussing.
When I started school, the 12th graders rode the same bus as the 1st graders. (Later that was changed - I guess to make the fights more fair, lol.) I remember in the first grade a tall black guy named Odell picked me up and told the bus driver he was taking me home with him. The bus driver was powerless to do a thing about it; he was no match for Odell. I hung on as tight as I could to the vertical bar that was just behind the driver's seat. I guess I was determined that I was going to do all I could to not be kidnapped. Odell toyed with the driver and me for a little while, then let me go and got off the bus.
That was also the era before knives were banned, so sometimes those guys pulled their knives out to tease us with. But I wasn't afraid of their knives.
Sometimes the black girls liked to brush my hair as we rode the school bus.
I remember some fights. I remember one boy popped a retarded boy with a big rubber band. My older brother fought the boy who had been so cruel. I don't know if there was a winner, but I was proud of my brother for taking up for the retarded boy, even if it meant fighting a boy who was usually his friend.
My younger brother got into a fight with a little black girl. I don't think there was a noble reason. I think it was just because they could. I was ashamed that he was fighting just for the sake of fighting and I would not have helped him out even if he had started losing. But they were about the same size and evenly matched. They tussled all the way until it was time for us to get off. Both of them were tough little fighters.
I didn't try to instigate any fights, but once I did choose the seat that Phillip always sat in - the one over the back wheel where you could prop your feet up. He didn't take to kindly to having his routine altered. He was pretty mad. In the ensuing scuffle my glasses got knocked off, so I scared him by claiming they were broken and that he would have to pay for them. (That gave me a chance to escape, lol.)
The school bus was also where I learned the hard way about peer pressure. The bus driver's sister tried to persuade me to stand in the aisle and swing my body between the seats. I did not want to because I knew it was wrong to stand up on the bus. She finally persuaded me. I guess the driver braked while I was swinging or I lost my balance or something. Anyway, I fell, splat, right on my chin. I split it pretty good and had to have stitches. What a tough way to learn to just say no.
And I remember a couple of brothers who were just mean. I hated when I ended up having to sit with them because they teased me by pounding their fists into my shoulder. They were just plain mean.
Riding the school bus was quite an education!

You would be surprised at how many people here have converted school buses into campers.. I never rode a school bus. Didn't know there was such a thing until we were in Lincoln one day and I saw one. Now, I have rode a trolley car where you paid so much. It went right in front of Lincoln High.

I rode the bus in first and second grade. When it rained the bus couldn't make it up the black dirt hill so I prayed for rain. One morning I fell down and the bus had to wait for me to change clothes.