Once while stationed on GITMO, we took an Embassy Flight to Kingston, Jamaica. We have learned if you are to be somewhere for a short period, a tour is good. So we took a tour. I leaned on the tour that there are no snakes in Jamaica. At one time it was over run with snakes and someone introduced the Mongoose to the Island. The Mongoose did rid the island nation of snakes, but now they have a problem with the infestation of the Mongoose.  You ain’t supposed to mess with mother nature. 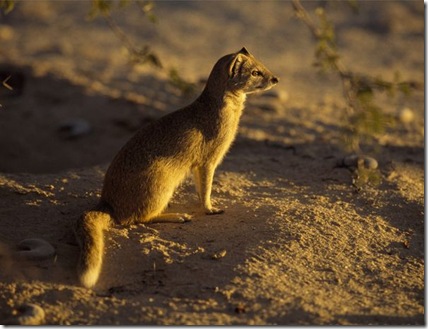 In my childhood as a preacher’s son we traveled a lot. I loved it, Shirl hated it. My dad loved the mountains and many times when snow was predicted, he would take us for a drive in the mts. There was always a chance to see some deer along the road.

In the Summer, we went to the mts, sometimes to camp with Uncle Irvin and his family. We had no campers nor tents in those days.  We slept on the ground or picnic tables if they were available and the adults in the cars.

Once at New Found gap I wandered away from the family, the mountain was covered in clouds (like a thick fog), I ran into a bear. I got as close as 4-5 feet before I realized he was there. I turned and ran. I thought I was out running the bear, but mama said he was probably running the other way. I learned many years later I was on a section of the Appalachian Trail.

While living in Valdese, NC there was a man that had a black bear in a cage. I will never forget the bear pacing back and forth,  I remember wanting to turn him loose. The only time the bear stopped was if you bought him a Pepsi.  He would sit down and with his two paws hold the drink, put the bottle in his mouth and drink the whole Pepsi in one long swallow. I did that quite often to give him a break from pacing. 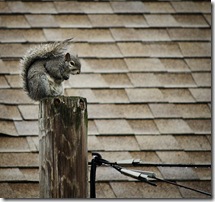 Burlington, NC was the first ‘city’ we lived in. I was amazed at squirrels in the city walking the power lines down town. I have always loved to watch animals. I guess I would have considered Wisconsin Heaven, to see the wild animals there.

Oh, did you ever see an Otter spin in the water? In Alaska you could watch them spin, they looked like a torpedo, about to take off. I had never seen anything like that, It made me dizzy just watching.

We can learn a lot from animals, if we will. They prepare for times when food is not available. 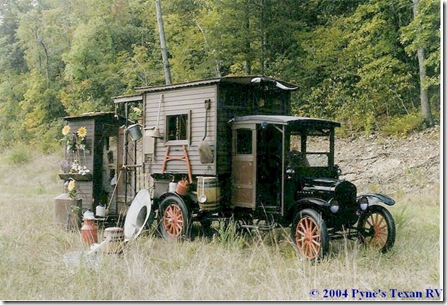 Methinks this is some of my ancestors.

You've seen a lot of different animals in a lot of different places. Here we have squirrels, raccoons and skunks and even a ground hog once. All right in my back yard. It's amazing how those critters live right here in town. I didn't care for the skunk at all he left a terrible smell for days....Hope you all have a great Saturday! It's sunny once again in Ohio. Melting off all the frost we had this morning.

I don't know anyone that has seen so much in this world as you!

I'm just thrilled to be able to read your stories and adventures through your blogs.

Awww that is cute about the bear. Made me think of John's ex who likes Pepsi. Come to think of it she is a little like a bear. Oh that was tacky.

Not much wild life over here.

Very tired. Please have you all a good Sunday.

Too funny with the bear and the Pepsi! What an encounter in your youth with the bear! Funny years later you would hike the AT! It used to amaze me to see deer when we lived in Montana in the middle of the city; maybe they felt safe there since you couldn't hunt in city limits :)

I bet you did give that bear a lot to drink to save him - you're a nice person. And I love the animals too. I went to Alaska about three years ago - it was beautiful. There is so much beauty out there. sandie