The Cop, One of the Good Guys

I wanted to take time to say something good. I have poste a few bitching articles lately, but a story caught my attention.

I have always said there are good folk in this world, we meet them thruout the year.  I love a good story. Most of you guys know Woody who is a blogger as http://oldboomerwoodys.blogspot.com/

He is a retired policeman in New York. I try not to hold the NY against him (LOL). Woody was also a sailor in another life. Woody picks and sings in his SENIOR years, and entertains with a group some of the really old folk.  I thought of Woody when I read about Officer DePrimo, a young cop in NYC.

His picture was taken by a tourist, and posted on the net. DePrimo did not know it.  When asked about it he said: 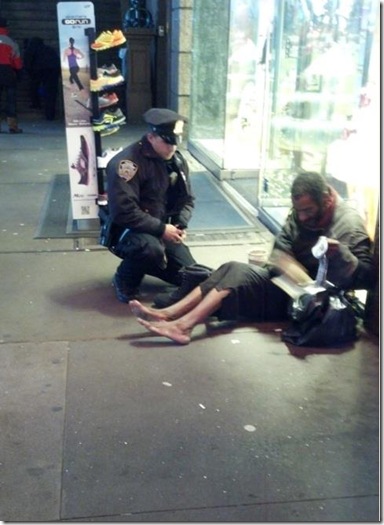 "I had two pairs of wool winter socks and combat boots, and I was cold," DePrimo, 25, said Wednesday, recalling the night of Nov. 14, when he encountered an unidentified, shoeless man on the sidewalk on Seventh Avenue near 44th Street.

He walked a block to Sketchers, and with $75 of his own money bought socks and shoes for the man, then came back and put them on him.

Don’t you just love it.

So to the men like Officer DePrimo and our friend Woody. Our hat is off to you. God Bless you guys.

Being compassionate is a good thing. 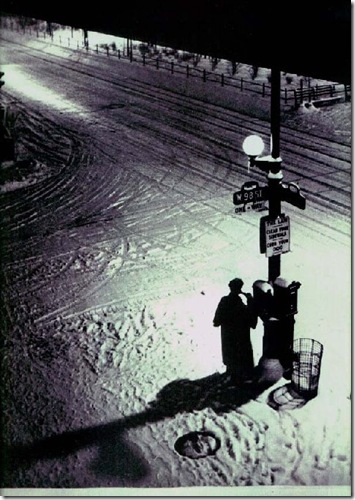 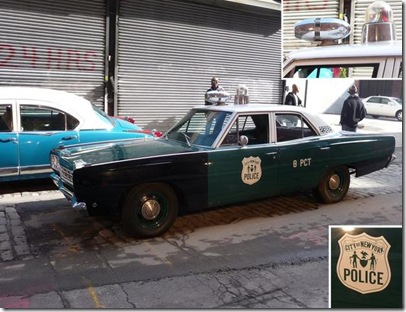 I believe this is a 1960’s Plymouth? But the blue must be a Kaiser!

I read that today too - wasn't that GREAT! There is so much good in the world and I am glad to see it out there. Just think if everyone did one thing like that . . .

being compassionate is indeed a great thing! And like Sandie said, just think if everyone did one thing like that to the least, the lost, the last. What a different world this would be!!

Great story about this policeman and his compassion and generosity! I'm sure he is probably a bit embarrassed by it all but what a great thing to do!

Paying it forward is priceless. I know how cold my feet are ALL the time. That young officer is an angel.
BlessYourHearts

That is a great story about the police officer!

I do love hearing stories like that and knowing that there are so many good people in the world. You are blessed to have a friend like Woody. Thank you for brightening my morning! A ray of sunshine like that can't be beat! Hope you all have a fantastic Friday!

They enterviewed the officer that did the good deed. They showed the boots and socks they were the most expensive in the store he bought for the man. They said you must have been taught well by your parents growing up. He said I was but my Grandfather said if you are going to help someone always give 100%. The store Manager said the bill was $125.00 every penny the Officer had. That is a wonderful story.

PS: The officer said the man had
blisters on his feet.

Yes, I just love it.

Yes, this was a wonderful story. Wish we could see more of this in the news than the other type of stories. Love from NC, Sheila

Yes. They can be good indeed.

Please have you all a good new month ahead.

I had seen that story on the news, too. Great story. Good for that cop!
I hope that inspires others to kindness as well.

I saw that wonderful story on the news.

It was an amazing story, saw him on the news yesterday, sweet kid.