Once I received orders to GITMO,  I left the states in December. On my arrival in Gitmo I put my name on the list for housing. I was told it was a 6 month waiting list, but If I would accept sub-standard housing it would be sooner. The place we  lived was never been a problem, so naturally I accepted it. A four room house and a bath. No A/C, but all the windows opened. the boys could share a room. 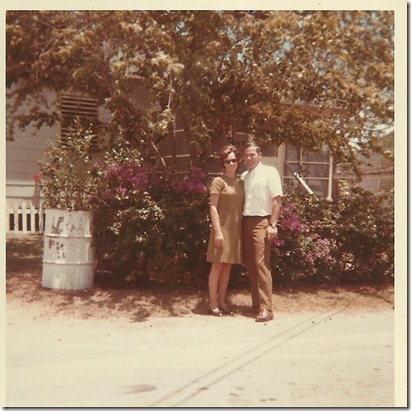 Three months later, Sherry and the boys arrived. She left freezing weather and arrived to a balmy 80F degrees. 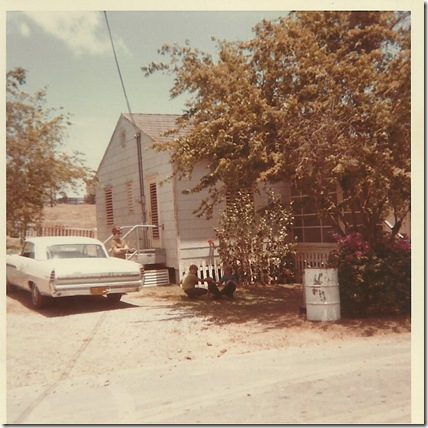 Gitmo is split by the bay. The Leeward point is where the airfield is, I worked on the Windward side and our house was there also. The houses were furnished with furniture some would have snubbed, but once we were back together it never mattered.

The base is largely Navy to service the fleet. The perimeter is guarded by USMC personnel. their area is named Camp Buckley.  Camp Buckley is where the Infamous Prison is. You could spend years on Gitmo and never see Buckley.

For single guys, GITMO is sort of lonely. There are a few girls for socializing maybe 3 per hundred. We had a lot of cookouts and parties at our house for the single guys.  We were in Gitmo for about 42 months.(Before I left they were allowing Female Sailors down, which made it more bearable for the single folk)

We shipped a Pontiac Bonneville down, during our time there, we owned three more Gitmobiles. Two ‘50 Chevy's and a ‘63 Corvair. In over three years we never bought a tire. When we needed a tire, we took a jack and lug wrench to the dump. Found a car like ours, jacked it up and took the best tire off it. If our Washer broke, to the dump, find a washer like ours and pull the part. I did that a few times. As a matter of fact, the dump was called ‘Sears’.

All water is from a Desalinization Plant. It comes to your home or office hot or very warm. Few folks use their hot water heater because large feeder lines are ran above ground. Therefore the Water is hot leaving the desal plant, and the sun keeps it hot or hotter. It is perfect for a bath.

We only get one shot at life, no do overs, it is what it is, and that is, what you have made of it. 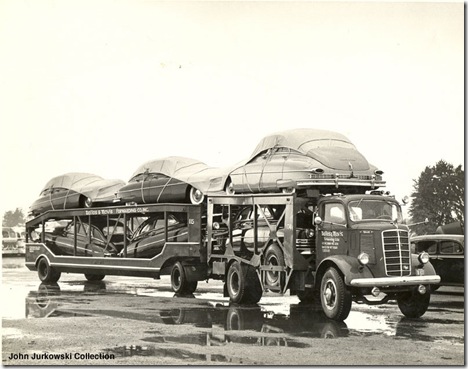 These cars were not covered for protection, They were the NEW models and no one was supposed to see them until opening day! 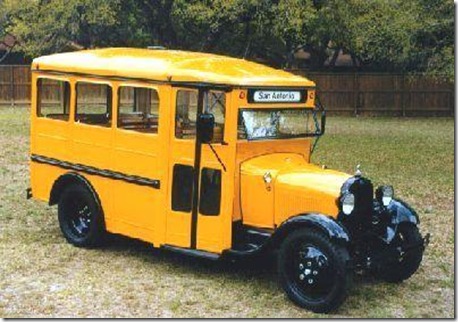 If school buses could have gotten to Lucy’s farm this is what it would have been!

It doesn't matter where you live as long as you were together. How sweet is that. Again I liked learning about this. Was this in 1941 by any chance? My dad went to Africa. One thing you did was save all your wonderful photos. sandie

That had to have been an exciting time in your life. Thankfully you could have your family with you there. 80 degrees sounds wonderful. We were mid 40's today and are to go down in low 30's tonight. Had our Trick or Treat finally today. It was moved from Wednesday the 31st. due to the Super Storm. Not too many showed up though.

Loved hearing about the earlier days! Hope you all are doing well on this Saturday! I have a big pot of chili on the stove!

An interesting post! Speaking of Sears and tires the first day I worked at Sears as a switchboard operator a man called and wanted to return a set of new tires he had in his garage for years. I was shocked and didn't know what to tell him so i transfered him to Customer Service.

I thought you were having a time
remembering. I think you are doing
well telling all your times
in the Navy. I am like you as long
as family is together nothing
else matters. Our up bringing
was like that Mother made do. That
is why we can adjust.

I remember one of my brother in law's said to me that he could live anywhere as long as he was with my sister! I thought that was the most beautiful thing a man could say about his wife!

It remind me of you and your beautiful wife.

Those '63 Pontiacs were great cars!
«Louis» loves the shot of the truckload of 23rd series (mid-year '49 - '50) Packards. He guesses that these are the '49s - released mid-year for Packard's 50th anniversary. Packard's history might have taken a different turn had the John Rinehart design been released instead of the warmed over "bathtubs" that became the 23rd series cars. The Rinehart design became the '51 models.

Do share more, Jack. I find it all fascinating. I find it interesting substandard housing was a 4 room house with no AC. The homeless would think that was a palace! I like the dump called Sears. It does seem like a good fit, like I said, for that season in your family's life!

You are so right, at least you were all together. My first house was 4 rooms and a bathroom and I thought that was pretty nice. I still think so.
As for shopping at Sears, Dad was so proud of his new jacket and said that it was a searsucker. I told him it was wool and he corrected me saying, " No It's a searsucker, I bought this sucker at Sears!" He sure got me. We laughed every time he shared that story.
BlessYourHearts

We always looked forward to dump day, we rode with father to the dump and got to wander around with other kids and throw rocks at rats while dad talked with the other men who also made the weekly visit, our eye always on the look out for a treasure to scavanger, my first bikle came from "Parts" !!

We lived in a two room apartment the first five years like you said we were together. I missed you today your blog didn't show up on my computer. I hope all is well with you. Take care. Jean