Cowboy movies were my favorite. Our church was apposed to movies, but I am sort of a rebel, so I would sneak off to the movies. I loved the cowboys. Something about a horse that is impressive. 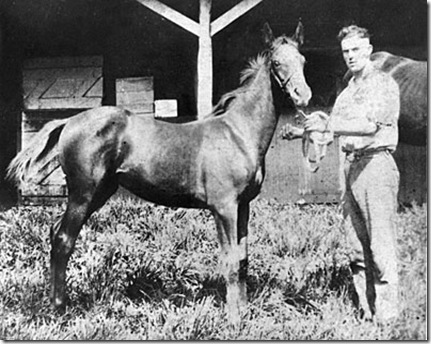 One of my favorite horses, was a Kentucky Derby winner, Man-O-War. (1917-1947)He is buried at the Kentucky Horse park. We visited the grave. They have named a boulevard for him. 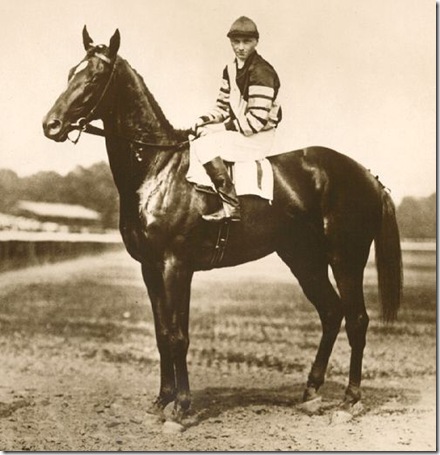 Then everyone remembers Trigger (I did actually ride him once in 1947), Champion, Buttermilk and hundreds more hero horses. 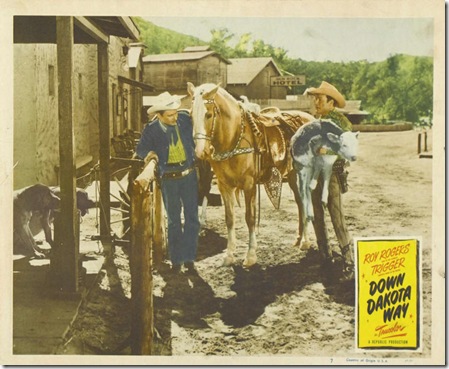 I was 4-5 years old, the first horse I got to see up close and personal. It was old but steady. He powered the molasses mill on Mr. Davis’ farm below dad’s church in High Shoals, NC. Mr. Davis put me on the horse’s back as he went round and round driving the mill that crushed the cane for juice. What a joy for a little white boy. 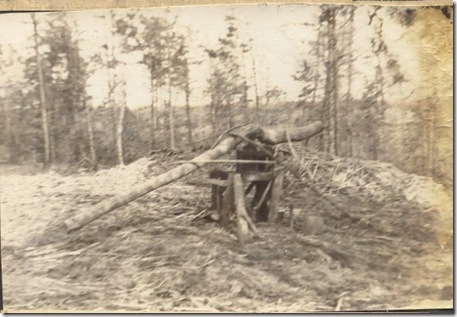 (The only pic I could find of the molasses mill. The horse was hitched to the limb and went around and around)

Vondale had a horse in Albemarle, but that as after we moved away. I went back to visit in the spring and it was time to plow between the corn rows. He let me try one row, but when I took out 10-15 stalks at the end of the row, I was fired. LOL

The horse I got to know best was Frank. A Pinto pony belonging to Jim & Bub Page.  They loved that horse. He was versatile. Plow, pull a wagon or a riding pony. He threw me the first time and scared me. But Bro. Garland Page said, “Get back on him Jackie, or you will never ride him again.” I did and what a thrill, Frank went up the road and back with no problem.

I took sugar to Frank when I went over (practically every day), and we became friends.

One evening Jim or Bub called, “Frank is sick, wanna come over?” You bet, I ok’d it with mom, jumped on my  bike and rode  as fast as I could. Frank had gotten into the oat barrel, ate a lot of oats then to the creek for water. He was ‘foundered’. He was down and could not get up. I watched a vet do ‘impossible’ things (in a kids eyes) but to  no avail. Frank died.

They tried to replace Frank, but it never worked well, to my way of thinking.

I respect the horse owners, trainers and handlers. But most of all  I miss the cowboy dream I always had, of riding to town and tying the horse up at the hitching rail. ‘Cutting’ cows and cattle drives with Rowdy Yates.

Yep, Horses are special, One day I would like to meet Darcy (She is Dar’s daughter up in the North woods), She is one who LOVES horses.

I still see John Wayne, put the reins in his mouth, and the two guns charge the bad guys in True Grit. 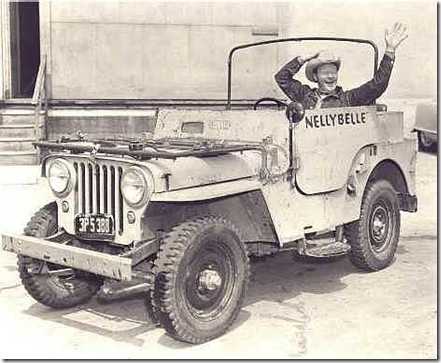 The very few horses I ever knew were beautiful but I am no horse rider at all. I got kicked by one when I tried to chase it down when I was a kid. I didn't get scared of them I just never had a chance to be around them much. I'm a city girl. A small town city at that. It's turned out to be a beautiful sunny day here after a very cold start this morning with frost every where.

Wow...to know that you rode Trigger.
That would have been a dream for me!
Great blog....

Remember when I volunteered the
Church Bus and Dad to drive and
take I think 3rd on a field
trip to a farm.

Some jumped out of the barn on
a pile of something.
They got one of their ponies
out and was going to let us take
a ride. You were the first to
get on and it threw you off.

You got to ride Trigger = that was great. My husband and I were just talking yesterday about that he should have been a cowboy!!! lol sandie

There is something about watching cowboy movies and watching the actors riding away on horses; a sense of adventure indeed (though I've never been on a horse other than pony rides, LOL :)

Wise advice your friends gave you to get back on the horse after it threw you; it does sound like Frank was a special horse indeed!!

How fun too that you got to ride Trigger!!

Wow, wait til I tell Darcie you got to ride Trigger...she's going to get a real kick out of it.
She got kicked bad and stopped riding for awhile but got back in the saddle again and hasn't missed a day, even when it's raining. This weekend she's taking her oldest son out. He wants to learn to ride and take the trails with her. With the deer hunt, they're staying within their own fences.
We all had horses growing up. My horse was Penny, a sleek bay quarter horse, and Poncho, a paint with the face of a dog on his side. He was my trick horse, rode standing on his back and upside down on one side. Man, that was fun. My twin Doug and I would ride them to Boyd's Resort, a caravan of horses, one behind another, right down the highway, about 8-10 miles away, for the summer where they were stabled and ridden by resort folks. Doug stayed all summer with them. Thanks for the memories of days gone by. Trigger, huh?
BlessYourHearts

Even though I have only ridden a few times, I love horses, they are magnificent creatures.