Saturday we buried my sweet Aunt Agnes. A tough lady who raised a good family and loved her husband, he departed many years ago.

Now sherry usually stays close to me to keep me out of trouble. She wasn’t close enough to me and I called Billy Paul, Harold.  I apologized when I heard Sherry say, this is Paul. There are things that I remember with some of the ones I know.

Bobby O, my double cousin. (Dad’s sister married mom’s nephew.) Not just me, but all the cousins loved to visit Uncle Irvin and Aunt Bert. They ran a General Store close to Laurens, SC. They also had a large farm. Bobby and I would play together and I would help (ha!) with the farm chores.

They had fireworks in South Carolina. Fireworks were outlawed in North Carolina in 1945-46. Anyway I had my first beer at ten years old. Bobby and I stole two Blatz Beers off a beer truck. Back every one (except me ‘n Bobby) were honest and they could haul pepsi’s, cokes and beer in unlocked trucks.

I guess I should have said I had my first ‘taste’ of beer at 10. One or two sips of that hot beer was all I could stand.  It was just about enough to make me pray thru and repent.

Yesterday I was remembering going to Agnes’s home. For a couple years I got to play with Dewey, he was the oldest son. But mostly I remember two big diesel trucks that Hisure (Aggie’s husband) owned. They were Akers Motor line trucks. He drove one and leased the other. Hisure taught my Brother Odis,to drive trucks.

I got to meet Henry Darnell’s son. I was stationed on Gitmo with Henry, he was a marine at Camp Buckley.

I also go to meet the grand daughter of Turner Darnell. Turner was the real black sheep of the family. He deserted his wife and daughter in about 1917 and did not show up again until 1952 at our house in Valdese, NC.

The latest info I learned was the minister at the funeral, Rev. Whitfield, who Shirl and Sherry say done a fantastic job, was my 3rd cousin. He was the son of the daughter that Turner had deserted.  Now I think I have that right!!

Anyway, it has been a weekend of ironies, joy and sadness. We buried Aggie and today will be at the wedding of our friend MaryAnn.

Best wishes and thanks for coming this way.

The bible says weep at the birth and rejoice at the death. Tough order for humans, most of us did or will, cry over losing mama!!! 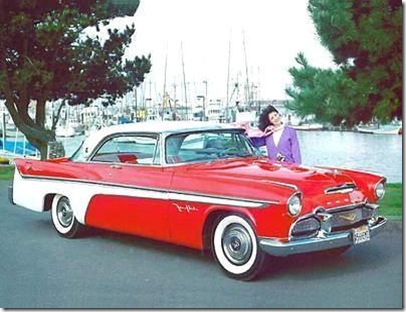 So sorry about Aunt Agnes passing. How funny though with the beer; I would imagine at age 10 that did not taste good! At least you got your curiosity satisfied about it. I hope it was a good wedding today for your friend! Wishing her and her husband much happiness!

Yes it was a busy week. I got some names wrong today at the Veterans
Event we attended. OH well just
mark it up getting older. LOL

I am sorry about your sweet Aunt Agnes. And I hope the newly married couple much happiness.

Humm I had an aunt Agnes too. Remember how when someone in the family died they laid them out in someone's living room and relatives sat by the casket all night? My aunt Agnes always seemed to have the deceased in her living room.

A sad event on Veteran's day. Thank you for your service by the way!!!

It's bittersweet, sometimes. Like you said, a weekend of ironies, joy and sadness. Much happiness to the newlyweds and much rest. Funerals and weddings are always exhausting, but renewing at the same time. So happy you got to visit so much family and friends.
Blessings,....beer at 10~~~what a kid. I had my first sip at 11. Ha!

Finally catching up from another long weekend...I left you a comment on your Treasures From the Dump.
Nice restoration job, Jack. Andy is still working on his truck.
Blessings

Fabulous '56 DeSoto! Only five more model years left for DeSoto after this one...production ended mid-year in 1961.

I came here from a friend's blog, and was saddened to read about the passing of your sweet Aunt. My condolences to you and your family.
I read that you have connections to NC and to Florida. Small world! I do also. We (Hubby and I) live in South Georgia, but I was born in Florida, and we have a home away from home in NC. Blogging brings us together, and that's what I have enjoyed about being a blogging friend.
I also am envious of your travels...sigh. I can't wait to read more of your blog and travel vicariously through reading about your travels.
Smiles to you from Jackie

Sorry to hear about the loss of your Aunt Agnes

Life is like that. Not often though do you have them so close together. Glad you have some good memories of your aunt and that you had her with you for so long. More than half of my aunts and uncles have died and I do treasure the remaining ones, but don't see them very often at all anymore. Seems all I can do is keep up with my own immediate family these days. Congrats to the newly weds! It's Monday morning as I'm reading this so I'll be wishing you all a great day!

Sorry for your loss.

Hi Jack,
So sorry for your loss. I know the sadness of losing an aunt, losing several that I dearly loved. I have one uncle left, 8 years my senior, that I visit often.
Take care, DD

I'm so sorry about you aunt. All this birthing, dying, and marrying is enough to give you emotional whiplash.