Where are you, Jack?

Many games growing up entailed hiding. Usually it was a group hiding, and one hunting, we called ‘IT’ for some reason. We played hide and seek, where the person who was ‘IT’ would count to 50 or a 100 then start ‘hunting’. Kick the Can was about the same,  one of the group would kick a can, and ‘IT’ would have to run and get it bring it back while the others hid. Then whoever was IT, would start hunting.

As we grow up, the ‘heady’ students had a goal, and every so often they would take inventory and say, ‘Where am I now in relation to my goal?’ There were times in my life that I wish I had set a specific goal. But I could never hold one in sight long. My goals, if I had them were moving targets.

Now, much later in life, I am asking myself, where are you?  Where will you  be in 3, 6, or 10 years? Sherry and I walk and talk a lot. It helped when our boys were in their ‘wild’ stages. Walking and talking helped when we knew the other shoe was going to fall ‘anytime’.(Know the feeling?)

That philosophy has helped us along and over some pretty bad bumps.I was in my 30’s early 40’s before I started to take an inventory of my life. I did start setting goals. I listened to many ‘Earl Nightingale’ motivational tapes, they worked for me. Then I planned 15 to 20 years ahead.

In our last walk I was commenting on the number of ‘BIG’ RV,s in the park. I said to Sherry, ‘ we need to buy one of these biggies and a comfortable  ‘quiet’ car to tow, in a few years.  Smart aleck laughed, “In a few years we may not be here!”

So, Where are you Jack?

I am about at the end of the race. Oh, I don’t feel like it, but I am smart enough to know that is a fact. I am not throwing in the towel yet, but I am not climbing the tree so high, that I cannot come back down and walk to the nursing home.

It is good we cannot see the future, it is better that we live one day at a time, and always, ‘ENJOY THE GOOD TIMES’.

There are times when you need to laugh at yourself, Don’t take yourself seriously, no one else does.

My friend Al told his granddaughter, “When I get old you want have much time for me.”

He said she looked up at him and stuck a pin in his balloon when she said, “BUT GRANDPA, YOU ARE OLD.” 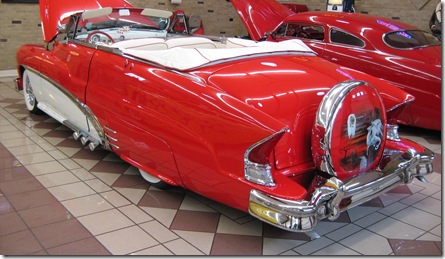 We all need to enjoy those good times while we can no matter what our age is. Those good times help us through the tough times and I've good reason to know that is so true! Still we don't any of us know how many good days will be ahead, but knowing the good Lord created them all, we trust that there will be many more. I'm painting some Christmas plaques for my kids about the good times...live love and laugh! Laugh was the one I picked out. Dark old dreary day in Ohio but I've got my 2 year old grandson visiting today so there is plenty of laughter here!

Those were simple and enjoyable
games that did give us exercise.
Running, hopping, skipping and climbing trees and entertained ourself.

I wish I would have taken my
music serious..I thought I was
good so I just played around and
would not buckle down to study.
As we say 20-20 hind sight.

Maybe it was also good I could
have been playing for events and
not wanted the responsible at my
age..LOL

Raining here in op's today hope you are having a nice sunny day down in south Florida. I try to not think of getting old I meant older, lol. I often look around my bed room and wonder if I will be here until my last days. I don't want to imagine myself in a nursing home. I did a lot of thinking about that when I was laid up a few months ago with this broke hip. Grover has been down quite a few times but bounces back up; thanks to me he's doing well now. He he. You and Sherry take care. Jean

They (whoever 'they' are) say that you're only as old as you feel! Well... some days I don't recognize the old woman in the mirror, I just know she snatched my younger healthier self. Other days I still feel like a teenager but I somehow got encased into this body of too much good eating. All self inflicted, but I'm working on it.
'love & hugs from afar'

Very good advice about enjoying the good times, my husband is 74 and keeps reminding me that he will not be here many more years, I do not let myself think of that. We watched the movie notebook together and I told him thats how I want us to end, although I am 16 years younger, I cannot imagine life without him by my side.

I think we age faster when we have kids, every year they get older so do we...ha. Can't claim you're 40 if you have a 40 year old child... :-D Have a great time in sunny Florida, Sheila

Don't ya just wish we could start going the other way in age now that we're so smart?

One day Sam walked over to the lamp and unplugged it. I asked, "why did you do that?" His answer, "Practicing."
"Practicing what?"
"Pulling the plug on you!"
... that my dear friend is what keeps me going. The daily dose of never knowing what is going to be said or done in this household! Gotta love 'em.

Wonderful advice that you guys decided to take to enjoy the good times because we do know they don't last that long indeed! But it is the good times and memories of them that help us get though the rough/bad times! We all don't know how long we have so that's why each day we need to live it fully with no regrets and hope we get another one tomorrow!

(thanks for the prayer for son's cold; he is feeling better today!)

Let's all go play hide and seek, just one more time. Then the trick will be to remember to seek who is hiding. Sometimes, I like this aging thing, but then again, I think back to some days I would want to see again. Like you once said, we cannot change the past and the 'what if's' so no use in getting excited about it.
BlessYaMyFriend...You're IT!