I worry about our country.  I write congressmen and Senators, even the President at times.  I have written every president in my adult life, at one time or the other. The only acknowledgement I received was from President Reagan who sent along a autographed picture.  Now I know  it was signed by machine. I also know he never read a thing I wrote, but someone did. I appreciated that.  I ran across the picture when I was going thru our storage stuff. The picture did hang in my office until I retired.

I hope someone can get the economy back on track. We do not need to trash the country because politicians cannot get along. We will be hurting some, no matter what is done, but we must get our finances in order. I cannot think in terms of Billions and trillions, but some men can. I hope they do not depend on someone as ignorant as I am to come up with solutions.

Those of us who were alive during WWII can remember the sacrifices our citizens made. At our house my mama learned to cook well without many staple ingredients.  I am sure millions of mamas did.  As children we never knew how tough it was. There was always something on the table. Biscuits and gravy were always there and I loved them. If you could afford sugar, flour, coffee etc., and did not have the stamps, you couldn’t buy it.

I have talked with folks over the years and they have had a misguided notion that Ration stamps were like food stamps, but NOT SO. The Rations stamp only permitted you to BUY a product, the product was definitely not given to you.

I was much older before I realized what ‘World at War’ meant. Every country was rationing. Even our enemies. I had a friend in a school where I was an instructor, Robert Gunther. His family farmed in Germany under the Nazi regime. There were demands on the farmer and he MUST produce. No spare parts for tractors and equipment, the instructions were: make it work or else. I learned that  like farmers in the USA they used leather for bearings in equipment because metal bearings were not available.

Can it get worse? Yes.  Will it get worse? Probably. Just ask someone who has lived like the government, spending more than they earned. Eventually the piper must be paid.

Another griping bitching entry, Sorry about that.

Life is good, this is a great country.  We WILL SURVIVE! 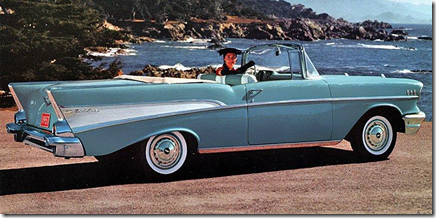 I think it is going to get worse, I do not see the Dems and Reps working togeather for us or our needs, but I do see them working to make sure their lifelong pensions, health care and special interest groups are taken care of.
Too bad they couldn't listen to Warren Buffett !!!

I'm of the opinion that I can do more good by praying than whining...so I won't go any further on that subject. Hope you all are having some great times there in the sunny south. We here in the north are a bit chilly, but we know that it's only going to get worse, so I'm thankful for today.

Rest assured it is going to get
worse. Our young people may see
what hard living is unless things
turn around. Guess we need to think
like Ma not whine just pray.

Well - it will be something to watch won't it? sandie

I am so impressed that you have written every President during your adult lifetime. Kudos to you for that!
I think we (Americans) are in for a rude awakening, and that those who have never known what it is like to be "without" are going to have one of the rudest awakenings of all.
There are sacrifices that could have already been made, but my feeling is that greed has gotten in the way. I fear that the love of money has overcome good reasoning and common sense, and that we are in for some very hard times.
Thank you for writing our congressmen and for writing to our Presidents. We should all be as diligent as you. I mean that...sincerely. Thank you...
Jackie

«Louis» is not at all optimistic that this country will recover...

On a happier note, he likes the '57 Chevy you posted!

I'm enjoying reading everyone's comment about this; Sandie's made me laugh. It will get worse, I hate to be a doomsayer but it will get worse and I'm not sure if it will get better again, but the voters decided and we'll see if they will be happy as events unfold in the days ahead like I think they might.

Its scary times we live in. I like Ma's advice that she prays; I think we all need to do a lot more of it indeed for our country and for our leaders!

I am worried about our country too. And I love that convertible car. We had a car similar to that in your entry to day, growing up, but it was not a convertible top. The color and style were about the same. I was really little back then.

My new blog is
http://backporchtales.blogspot.com/

So Sorry to move around but it sure is nice being able to post photos again. (This is Sonya by the way) from The Mellow Pages old blog).

We will survive if we remember that it is not about us, but about all of our children and grandchildren.

My grandmother saved a ration stamp book & I found it so fascinating when I was a kid. I have heard people make that food stamp~ration stamp reference, but they are not the same in any way.