There are beaches but they are not sandy. You must sear some sort of shoe to walk comfortably. but the snorkeling is out of this world beautiful.  The weather is tropical and when it rains, it comes, it is good and it is over the sun comes right back out. I remember one 8” rain, At the time I had a 1950 Chevy Gitmobile. the water came up into the floor boards but that was nothing to a Gitmobile.

There were two out door movies you could take your own lawn chairs. Saturday nights they would show some of the real old westerns. I remember once when the Lone Ranger reared Silver up on his hind legs, I heard our son Mark yell, “He’s doing a wheelie!”

Sailors are ingenious in getting things done. We came home on leave once and bought three motor cycles for the boys to race. WE had no earthly idea how to get them back down to GITMO. We rented a van to haul them to Norfolk where our flight back to Gitmo would originate.

I checked for Ships scheduled for Reftra.  I found one. I went aboard and made a deal with a chief if he would sneak the bikes aboard and deliver them, I would give him a car to drive while he was in Gitmo. Otherwise when he was a shore he would have to ride what we called ‘Cattle Cars’ (a tractor trailer bus sort of thing).

It all worked like clock work. the boys could begin to race competitively, they won many trophies. We were proud of them. 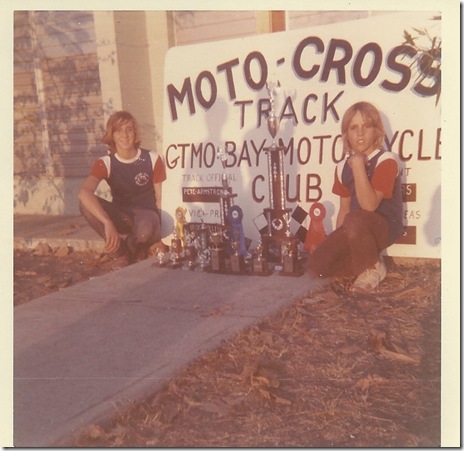 The first race, Mark wrecked his bike. I ran and was the third guy there, Mark was okay, once he got his breath and the other guys had left he asks me, “Dad, what are my family jewels?” 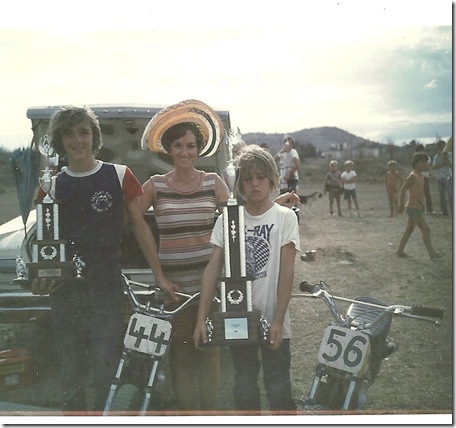 The first sailor there at the wreck asked him if he hurt his family jewels. LOL.  Yeah, I ‘splained it’.

One benefit we had was Embassy flights. Gitmo made flights weekly to Port au Prince and Kingston. The flights were to bring embassy folks to Gitmo to shop and make any confidential calls they needed to make back to the states. The outgoing flights were empty so we could put our names on a list for flights.  We made a couple flights and were a lot of fun.

So when you hear of GITMO BAY, it is a Naval Base, not a prison.

Life may not be a bowl of cherries, but it is the best we have, so make the best of it. 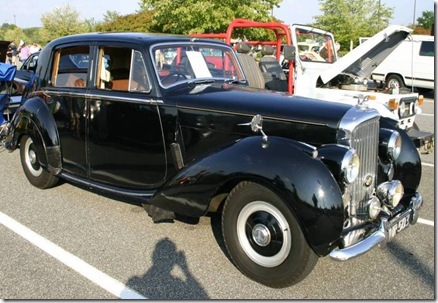 another interesting post about Gitmo. Is that Sherry in that cute hat? Wow! to all the trophys your boys won. I bet they have fond memories of Gitmo too.

It's been great learning about Gitmo. I guess your whole family has some good memories of the time spent there. Chilly day here in Ohio. Hope you all are keeping warm.

Wow. Who would have thought alike being possible at such place. Always a safe road ahead.

Miss having a bike.

Please have you all a good Tuesday.

The family jewels - lol. That has to be SHerry in the hat - cute. And the boys were there too. sandie

I love all your Gitmo memories.

Even if you deserved to go to hell, I don't think you'd be sent there because you'd find a way to make it fun.