i have had three people ask or suggest I (we) write about our lives. We know our life has been a little different than the average marriage, but exciting or interesting?  That is up for grabs. Both of us have enjoyed what we have done, but in my opinion most folk have enjoyed their lives, Life itself is exciting.

If in your mid 70’s you missed being a ‘gymnast’ or a running back for a HS, College or NFL team, you may as well accept the fact that you ain’t gonna make it. 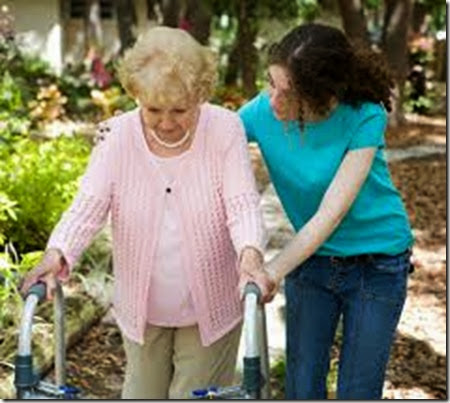 Now in my case, I have decided to write, so at mid 70, I can do that. BUT being honest, I feel inadequate to express myself correctly in the English language, but with the help of my wife and proofers like Bonnie, I can manage. I liked what one of my masons once said when I was building the largest house I had tackled, he said, “Don’t worry, I’ll make you look good, Jack.”  And he did.

That brings up a very interesting subject, is it too late for me to take an English course and correct my problem? I somehow think it is never too late to improve your mental capacities, but the physical is a FACT. Less than .00001% of the Old folk will ever run a 5 minute mile much less the 4 minute mile. (% is pulled out of my………guesser) 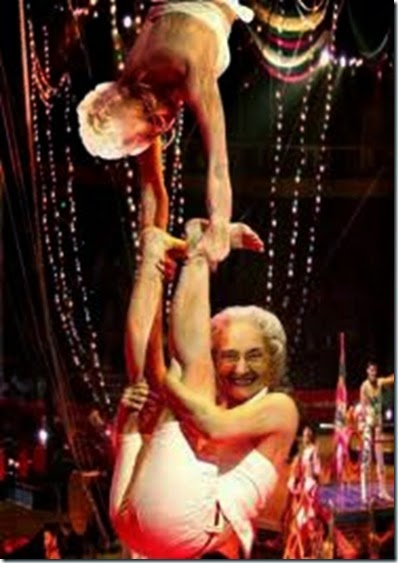 (Above is Paula and Jean showing off!)

Sherry and I discuss our lives frankly. We both seem to feel we reached our potential in our chosen fields, and are happy. 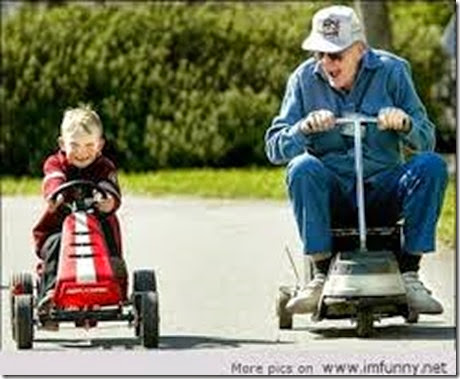 In the writing field, I am a realist, I do not expect to write a ‘Harry Potter’ or a ‘Tom Sawyer’, but I would like to make it much easier on an editor or proofer.

I know about men like Colonel Sanders, but he and men like him are the exceptions.  I admire them, but they are definitely not the norm.

When you reach the 70 mark it is good if you enjoy watching movies or TV. It is better if you have a hobby or enjoy volunteering. In your 70’s I think you  can still be productive at a job requiring more mental gymnastics than physical if you are so inclined. 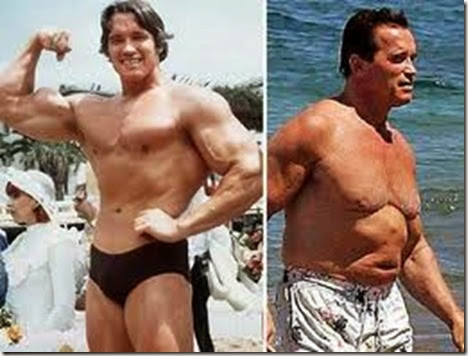 Just today I was talking to friend Don about a lady I was working for who was concerned about an old man who was out in the next yard looking at her fence. So I went out to talk to him. I was surprised to meet Mr. Glen Powell. Standing there in his overalls I talked to one of the local famous multi-millionaires. He had built the subdivision this lady lived in. He told me he had only kept the house where he was, as a rental and was just checking that the fence folk had not encroached. We had a good chat, and I was able to tell the lady she had no worries, Glenn was not there to steal or plunder. 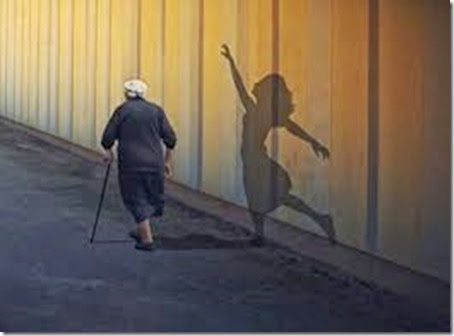 (My absolute favorite picture of present and past)

Concerning the elderly, the younger  world only sees ‘OLD PEOPLE’, they do not know you may have been a scientist, doctor or just the sweetest Grandpa or Grandma in the world to someone. 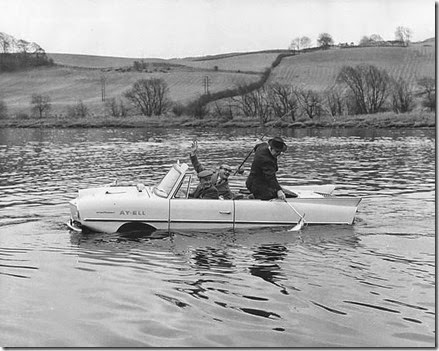 Another Amphibious car, This one from the 1950’s I think.

I sure have to agree with you about that 'Past and Present' image, Jack. That would be so cool to enlarge and frame. (Then I suspect it wouldn't have meant so much were I not of a 'certain age' - LOL!)

If you feel really, really led to taking English classes, I guess that's OK -- but for me, there's something awfully refreshing about the way in which you write. You're the Real Thing, Jack, and I'd hate to see your way of 'talking' changed.

I'm glad you picked Jean to keep me from falling. I trust her and I hope she trusts me. lol Like this entry. I know I've probably said this here my English teacher in my small town didn't teach for three years. Had one good English teacher in high school. I bet that school isn't run like that now. In the 50's the parents didn't dare complain.

Jack you should write a book about your life. You and your wife are different than the norm and I think it is wonderful.
And English - there are so many, many, did I say many rules? Andy is still taking it in 8th grade! There are gerunds and infinitives and so on - personally I hate English and I don't hate very many things! lol
I say just write.

Its not to late to learn what you might want with English, Jack, but if there are proofers and editors out there, let them proof and edit while you do the writing you still think you might want to do :)

It's never too late to learn anything. But you are right we have to be reasonable about our limitations. LOVE the shadow dancing on the fence by the older lady. Youth is fleeting.

I think we were all guilty of not taking advantage of our schooling.
You don't have to apologize. French was a required subject and I can't remember any of the words.

Mother and Dad would be proud and
I can hear Dad bragging "My son
is writing books". I am proud of
you Brother...Keep on writing.

I like your down to earth way of writing. through your blog I have read many of your stories telling a bit about the life you've led and enjoyed them. It's a very snowy day here this morning but not quite as cold as it was, still cold enough. Will have to go out and shovel eventually. Meanwhile staying warm and cozy. Hope you are warm and cozy too!