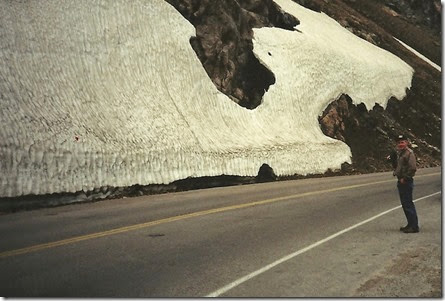 (I did not include this picture earlier, this is the edge of a Glacier, I was surprised how dirty it is.)

Leaving Alaska we stopped at the border for our mail. The Border guard said we would have to wait an hour for the PO to open. It was open only 2 hours a day. It was in the living room of the Postmaster. She was very nice and our mail was there. Then we were on our way back into the Yukon. Alaska was beautiful, but behind us. 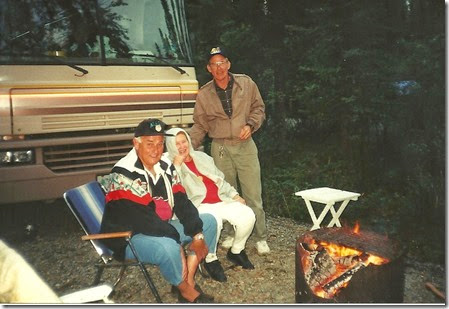 (The Canadian Provincial parks we stopped were free and very nice)

There are two basic paths to  Alaska by road. One goes thru British Columbia on the West side of the Canadian Rockies, out of Washington State.  That way you join the ALCAN at Watson Lake. 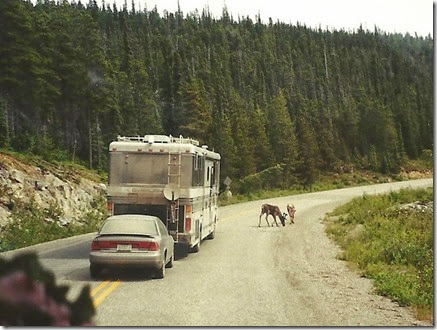 (Sister Kat shot this of our dirty coach slowing for Caribou)

The other is the one we took on the East side of the Canadian Rockies. WE went thru Regina, Saskatchewan,  Medicine Hat, Alberta and on to Edmonton and Dawson Creek.

If in another life we go again we will take the Western route. 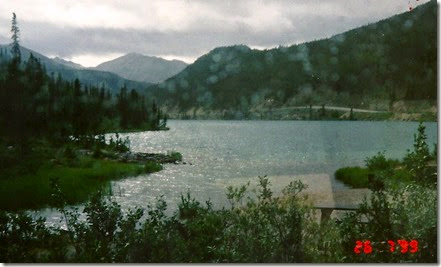 We could have taken a road NORTH just before Dawson and went into the Arctic Circle at FT. McPherson, next time we will. There are many alternatives on such a trip. I would guess the beauty is worth it any way you take. The Canadian lakes are incredibly beautiful and DEEP. 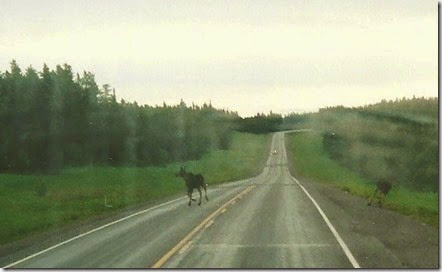 Two Moose, note, this is the ALCAN, a good road. 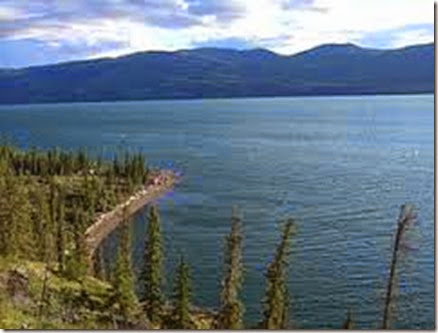 WE passed Lake Labarge (Pics from the net), where the poem ‘The Cremation of Sam McGee’ was inspired. Though fiction, it was inspired by a true story.  That was another poem Mrs. Grill forced us to memorize in the 7th grade. I know Sherry and the rest got tired of what I could remember of the poem. 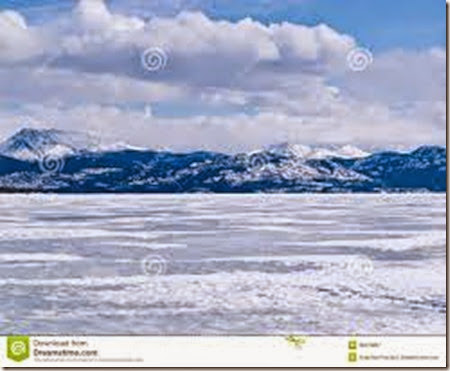 Susan Butcher the ‘Musher’ I mentioned yesterday, who won the Iditarod, was born in Boston, Mass. She fell in love with Alaska and worked there two years to earn her first dog team. Her first race in 1985 was cut short when a crazed Moose killed two of her sled dogs.  She retired in ‘95 for health reasons. 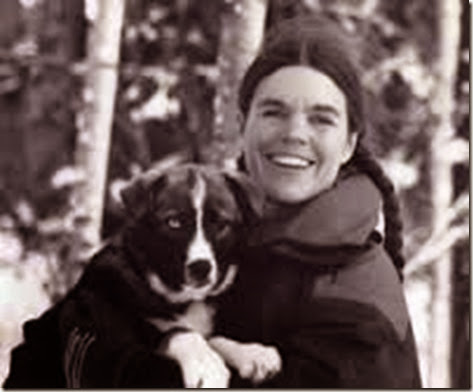 She passed in Seattle in 2006 a victim of Leukemia. She was 51. Loved and admired in Alaska, then Gov. Palin, declared the 1st Sat. in May as Susan Butcher Day. 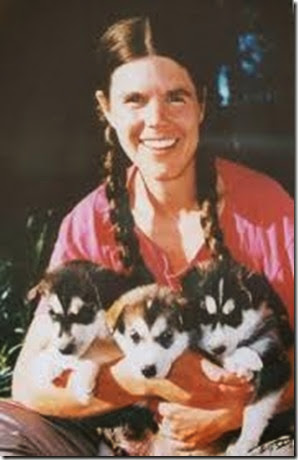 I hope you enjoyed the trip into Alaska, it is the trip of a lifetime.

WE have made a Big O around the USA a couple times. When we reached Fairbanks it completed the big X. From Key West to Fairbanks Alaska and from San Diego to Nova Scotia. 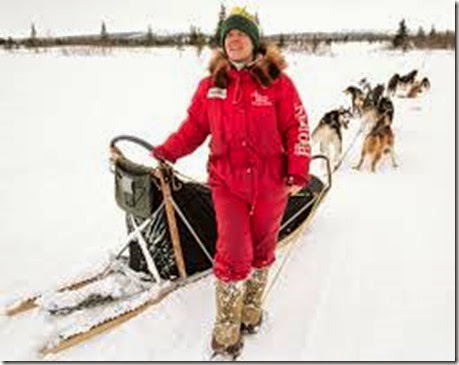 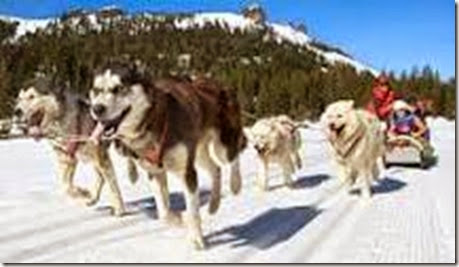 Two things stand out about Alaska, Susan Butcher and her short life.

And the Gold dredges, the giants of the field and their short life.

One a joy, one a search for wealth but both examples of ADVENTURE in a new frontier. 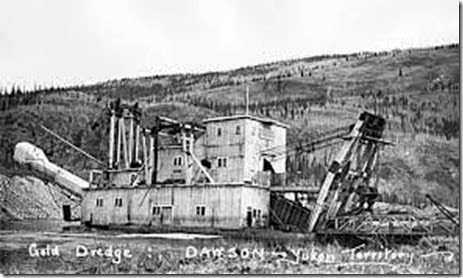 That is beautiful scenery It sure
looks cold. I can't imagine living
there all the time. The glacier
was interesting.

It is to cold watching this so I
am going to get out and get warm.
hee hee. I notice Kat had her
head covered.

Again, I'm struck at how massive those trees appear - even Lake LaBarge. I wonder if the flat-lands didn't seem a bit diminished when you returned.

That's so sad about Susan Butcher. Just looking at the joy in her eyes, I'm supposing she probably didn't waste a moment on worry or the unnecessary.

GORGEOUS scenery. Just love how often you see a Moose or Caribou strolling across the road.

I'm not surprised that the glacier was so dirty. I know how dirty the snow piles are here and they are new every winter. That glacier has been around so long it was bound to pick up some dirt even out in the wilderness like that. People have always longed for adventure and new places to conquer it seems. The pictures are all wonderful. Canada is beautiful too.

I would love to take that trip.
I had a friend who would get drunk and recite the poem about Sam Magee from memory.