Magic……… is always an illusion.

As a story teller for kids I was always looking for ‘THAT EYE CATCHER’ one that grabbed the attention. One year at a Summer Youth camp I built a robot as my partner. the sound was simply a small tape recorder controlled by a light beam. When I stepped in between ‘George’ and the light beam the recorder started(Antennae turned, and his eyes lit up). My pre-recorded conversation would begin. I would move slightly out of the beam and the Robot (George) would stop. 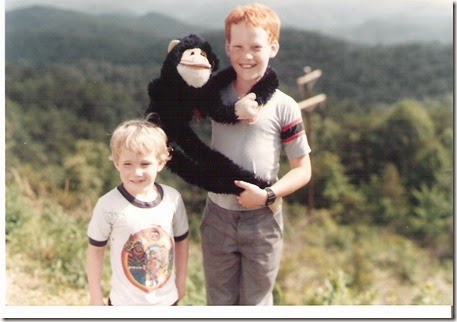 George the robot was eventually replaced by George the monkey, my side kick and shill as a ventriloquist.  Above is Grandsons Ben & Corey(with George), everyone loved George and his ability to talk.

I have used several ‘Magic’ tricks in my presentations over the years (mostly slight of hand) AND ALWAYS stressed to the kids there is NO REAL magic, it is always an illusion, a trick.  I challenged them to see how it was done.SELDOM was I caught. 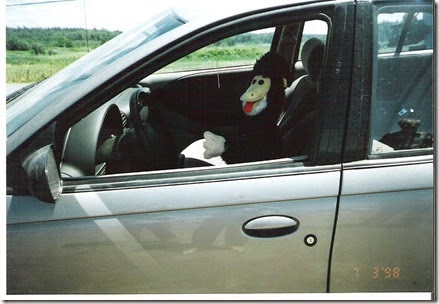 (Taken in Nova Scotia. For years George drove the tow vehicle and got lots of attention, his left hand was on a spring and continually waved to passing cars.)

But I received this from Jim Page, a childhood friend, it baffles me. I love it.  If you have time, and you like MAGIC, it should fascinate you.

AS technology increases the ‘tricks of the past’ become miniscule, but they still work. Nothing keeps your attention like the “MAGIC TRICK”, yes it is always a trick or an illusion. 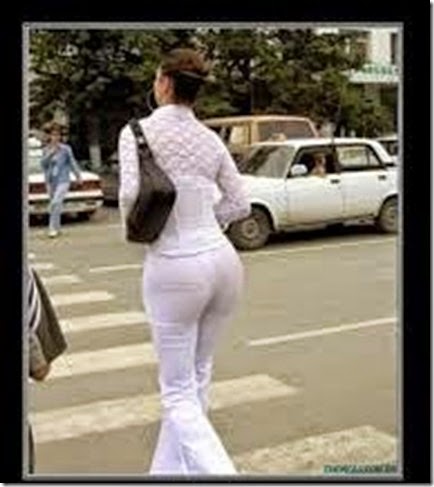 In the shot above for some reason MEN seldom see the dog driving the car. But it isn’t so unusual anymore, here are several. 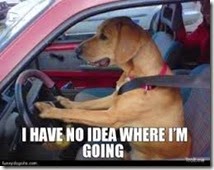 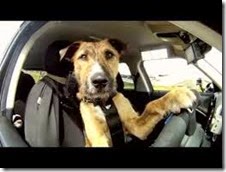 Well it does keep them from chasing cats.

Good to see Cory and Ben who are now
grown. I thought that was so
funny when George was driving your
car behind the Motor Home. It was
funny when the car passing would
do a double take couldn't believe the driver. He did a good job..I guess he is getting to old to drive. hehe

Too bad you don't have any tricks up your sleeve to make all the snow and ice disappear. I guess that would be a miracle and not magic though. Seeing your monkey driving the car in tow, would be a sight to see!

My gosh, that guy was amazing with the birds!! I loved the look on the judges' faces as they were watching him do his act. You are right, Jack, it is illusion and in this case, have no idea how he did what he did!

That young man is amazing! I'm fascinated -and repelled- at the same time by the great magicians. Only on account, it almost makes my teeth hurt, trying to figure their slight of hand. (smile)

... Which begs the question. Is George still amongst y'all? Such a cutie!

Oh yeah, George is in the basement with his sister Georgia, a tan monkey. Packed with my final tricks in the magic trunk. I expect to use him this spring as my swan song with some kids in North Florida. I plan to change water to wine for a pastor I met on line, who doesn't believe it can be done. (smile). Every body loves George! :-).

George the Robot sounds like quite an invention. Sounds like you had alot of fun with him. Love the other George driving your car. How cute.

Well how did I miss this entry? I'm glad I went back and caught it. I like George and your tricks.