WE have been attending Pioneer days for over 15 years off and on. It is interesting if you are familiar with what is called by most as ‘Hit and Miss’ engines. Here is a small one: 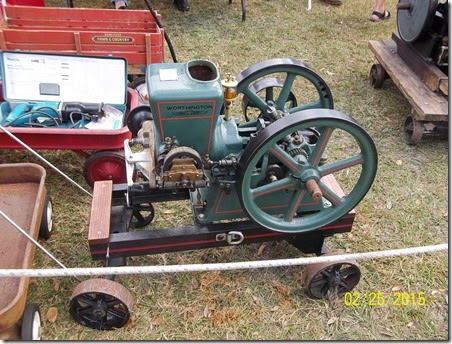 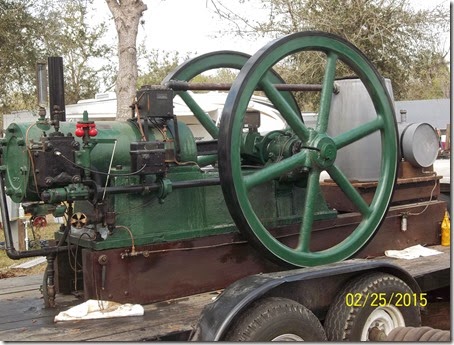 This is a large one, some are a little larger, but he huge ones are too big to haul from show to show. These engine run everything you can imagine, from saws, washing machines, Ice cream mixers to power generators. They were used from the late 1900’s until about 1950.

If I am not mistaken Henry Ford ran his factories with this engine hooked to generators. The engine was two stories high. We saw one in the Henry Ford.

‘Pioneer Days’ is a festival of antiques, a flea mkt  and entertainment. 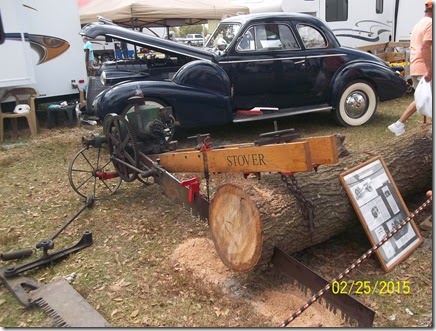 In the fore ground is a huge Stover cross cut saw run by a hit and miss engine. 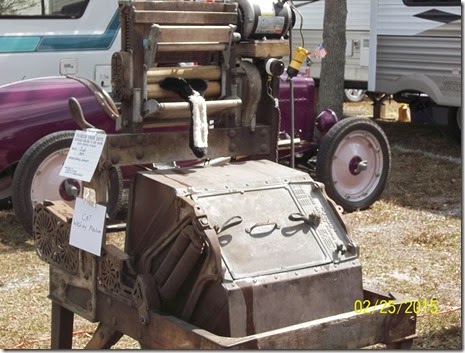 Above is a powered washing machine, not your mama’s machine, this was for commercial washing, hotels etc. 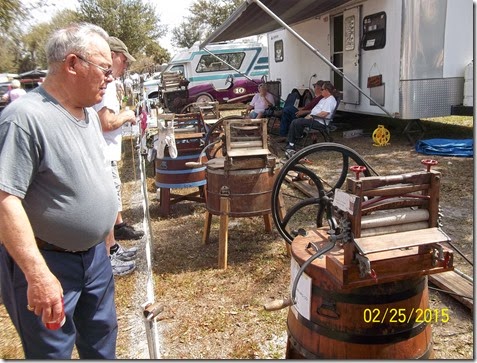 Now this could have been your mama’s machine, the three you see here made from barrels are run by a hit and miss. 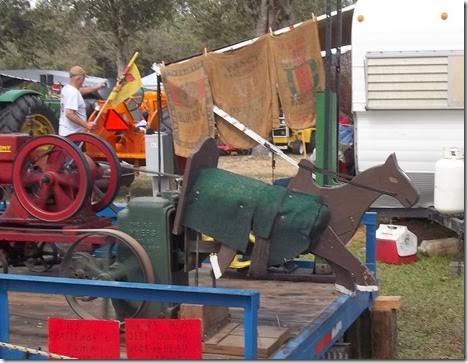 And if you were rich and did not have room for a pasture, this hit and miss horse for the kids and grandkids.

We had a great time just walking. More tomorrow.

PS:  We walked to Pioneer park in 12 minutes, just down the road.

Okay, I gotta show you what was there waiting for Sherry to buy for me. 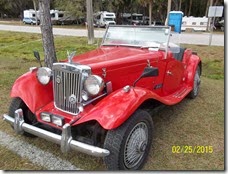 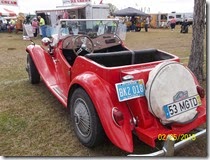 Wouldn’t my girl look cool in this? 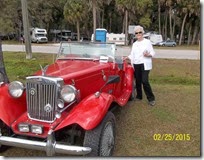 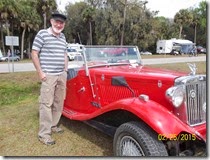 Looks like an interesting show. Loved seeing the washing machines.

I've seen and heard those engines on old fashion ice cream makers before. Nice you were so close by and could walk over. No walking here...way too cold and too much snow !

Cool looking car! Could be an early birthday present :) That Pioneer Days seemed fun to go to and great that you didn't have to worry about finding a place to park once you got there :) I bet lots of interesting people to watch too while you were looking at the displays.

That looks like a fun place to
visit. I cannot believe that
someone washed on that washing
machine. The MG was a cool car.
I had a friend that drove one.
I was a popular car in the 50's that everybody like to drive.

PS The car was popular not me.
Need to proof read my comments.

Hey Sister, I know what you mean, I have the same problem, I always see the mistake after I hit PUBLISH!

However you were popular in school but not as a car. :0 :)

'Scratching my head over here -- and reminding myself how fortunate I am that appliances have come a long, long way! 'Must ask Tom if he knows about 'hit and miss' engines!
That '53 MG looks sweet, indeed!

Hope Sherry breaks down and buys that car for you. Seems like a fun day for the two of you.

You can tell Shirley if she really loved you, she'd buy you that red car :)