The longest marked foot path in the world. And people from all over the globe come to take the challenge of a ‘Thru HIke’,  The Thru hiker is a person who hikes the entire 2176-2200 miles in one season. Hikers start in the South, at Springer Mountain as early as Feb/Mar. It normally takes 6 months for a thru hike.  We unfortunately could not make it in one season. We did it over a period of a few years. The most we hiked in a summer was 925 miles. 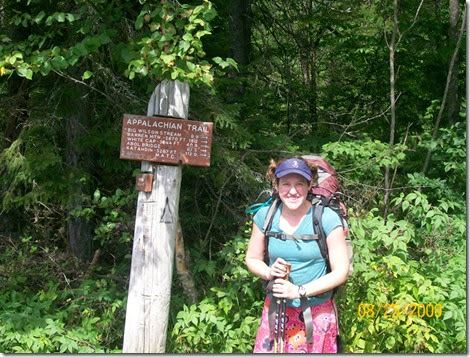 (This is Cricket, a sweetie. She solo hiked 2080 miles to here, she is starting the 100 mile wilderness, we gave her a ride from a hostel to the trail head)

It is an experience. You meet people who have dedicated their lives to keeping the trail clear of dead falls and erosion.

People of all ages hike. I think we met folks from at least 8 countries. 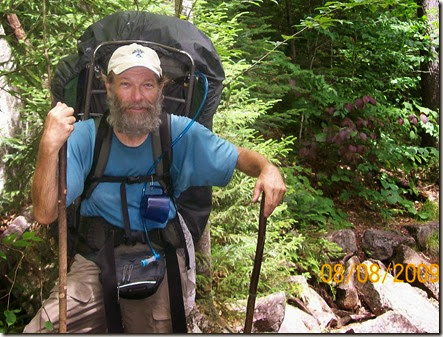 Tradition is to pick a trail name or someone will give you one. WE called our selves the Overland Hermits. We met Lady Godiva, Sir John, Papa Smurf, Tin Man, Locomotive, Tank, Gordie, Just Ray & Willy, ‘In-tents’ and Boats. I had a list of everyone we met. hundreds of names. 2000+ start the trip about 1/3 make it.

Ahhh and there was Mooseburger, the smartest man who ever lived. I could never repeat the tales he told of his escapades. Mooseburger was originally from Germany. One of his tales, if the president needed help, he flew Air Force one to pick him up, so you see why he was ‘the smartest man ever to live.  We met him on different years, in different states but made sure the second year we did not over night with him. (smile) (MB was a nice guy but full of himself) 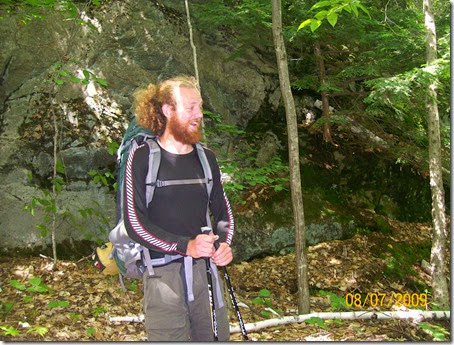 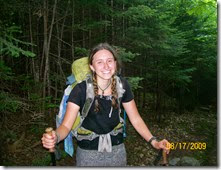 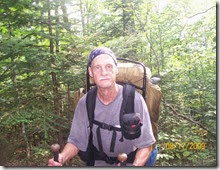 I misplaced the trail names, but both are solo thru hikers. 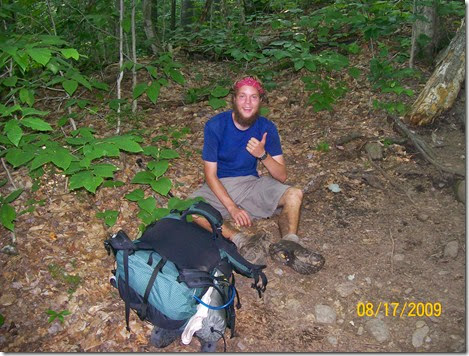 This is ‘In-Tents’, not intense he said. He was in Vermont and planned to make it all the way. 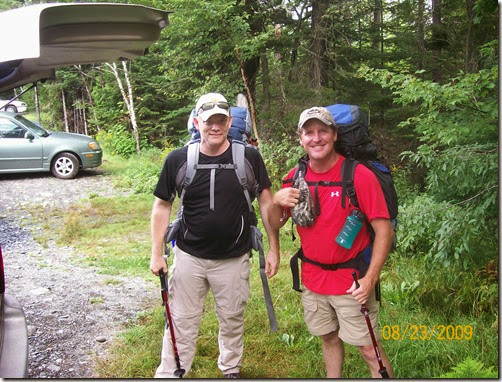 These guys look fresh. They are from North Carolina. they flew in to hike the 100 mile wilderness. We gave them a ride to the trail head also. 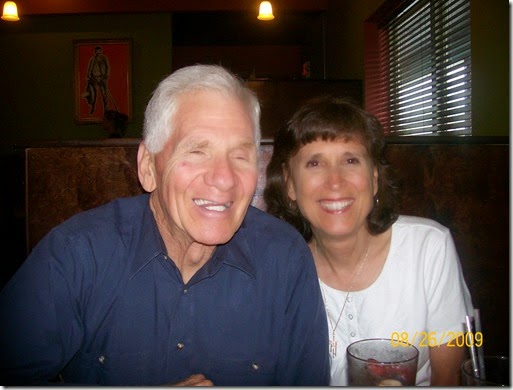 This is Bill Irwin and his beautiful wife Debra. We had dinner with them in Bangor. Bill is the only Blind person to do a thru hike.    http://billirwin.com/  Before his death last year Bill was an international Motivational Speaker. I ignorantly invited he and Debra out to dinner and they accepted.  What an exceptional man he was.

As a whole, the quality of folks you meet on the trail is exceptional.

PS: TODAY we are volunteering at Son Marks  house in Palm Bay.  It is almost finished and ready to list for sale. I have found a piece of property we might look at. Just saying, and it needs tons of work. Just down my alley. 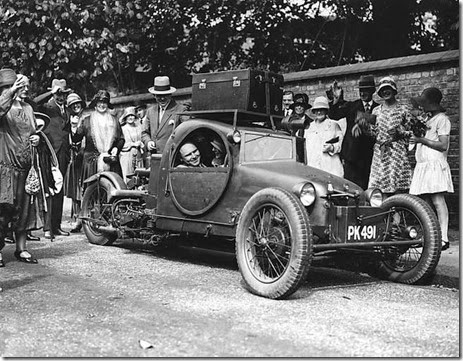 This looks like another early three wheeler with round doors.  (note the trunk on top)

I can just see the happiness radiating from all those people you met on the trail. It must be a great feeling of accomplishment and very rewarding too with all the wonderful sights to be seen. Good to hear that your son is doing well with the improvements and sounds like you'll both be keeping very busy in the days ahead too. Our snow storm is finally working it's way out of our area. We have snow piles that go way above where I can lift the shovel now. And our temps are plummeting.

I believe one day you are going to find that piece of property to work on Jack :) I'm sure your son is welcoming your and Sherry's help today! I liked your nicknames of the Overland Hermits; how cute!!!

I can just imagine how much fun it was to meet all those different people and hear their tales. Like the names too including yours and Sherry's.

What a cast of characters you encountered. Love the name you picked for yourselves.

Hope that place 'down the road' tickles your fancy! (... just saying. LOL!)

I know it would be interesting to meet all those different people, and they do all look happy. I think MA left the door open and let some of that cold get down here. We just can't seem to get the timing right for snow. I'll try to keep the door closed so the cold doesn't get down there. :-D Take care, Sheila

Good to see the pictures again.
I'm sure I have a CD of your
hike. That area is beautiful with
things to see. Enjoyed seeing the
people you met. I need to get to walking for exercise. When you get
home maybe Sherry and I will start walking.