Leaving the Denali area we went further North to Fairbanks. WE learned some amazing thing here. One was about the ice carving contests or Ice art in the winter where they cut huge chunks of ice from the river for the artists to work from. 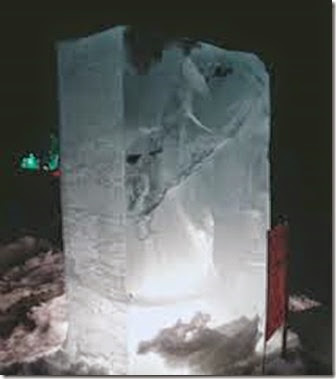 (size is about six ft tall)

WE were there for a  month in the summer so we did not see the chunks HOWEVER they have a huge building where they keep some of the smaller prize winning sculpts. So us summer guys got a chance to see some real carvings. (The pics aren't great and could never capture the actual beauty) 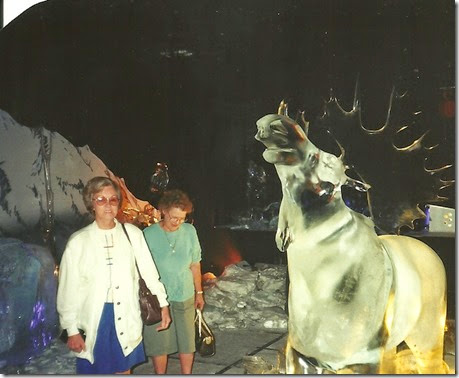 You can barely see the moose antlers they are so clear. 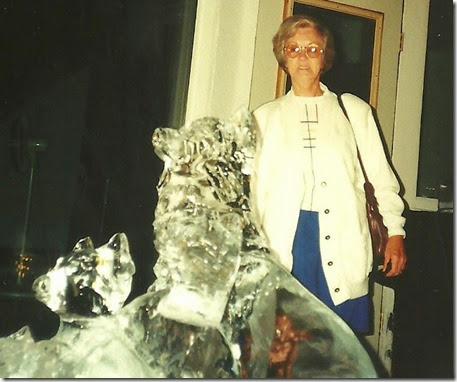 This is TWO She wolves 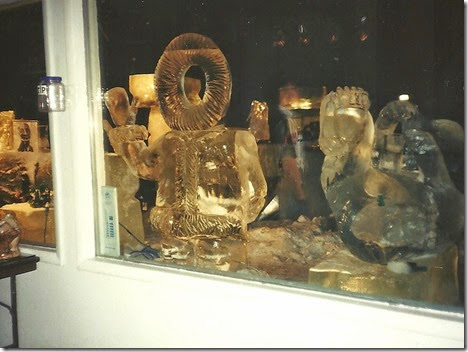 More encased carvings. The one is of an native Alaskan that the winter  tourist could stand behind and have their picture taken.

Our next excitement was a ride on the paddle wheeler Discovery. We had a chance to see and hear Susan Butcher four times winner of the famed Iditarod. 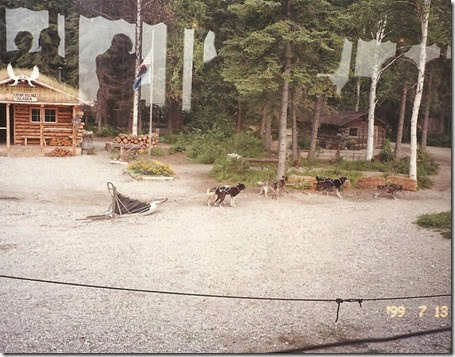 Anyway the Discovery pulls up to her house and dog training area along the river bank and she speaks to the tourists on the boat. 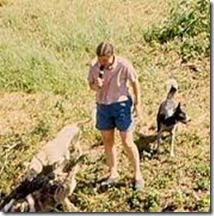 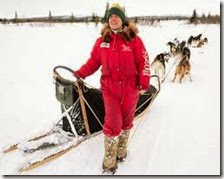 Iditarod? I had never heard of it! A dog sled race in the winter. It is ONLY a little over 1100 miles long. The race has taken as little as 11  and as much as 16 days, depending on the blizzard conditions there. 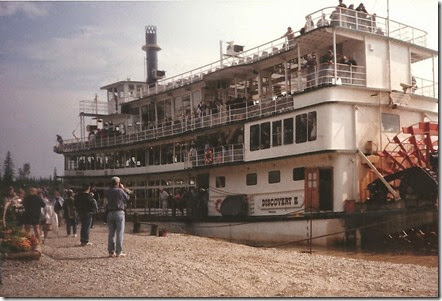 The boat continues on up stream to a ‘tourist village, set up as in early days of Alaska. Our guides were very good. They were twins and great entertainers and spell binding story tellers.  This was another highlight of Fairbanks. 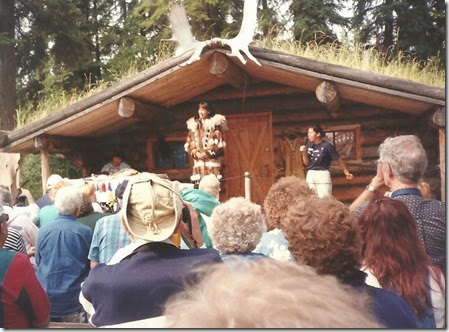 Leaving Fairbanks we took the Richardson Highway 90+ miles southeast to the end of the Alcan. WE had left the Alcan at TOK and headed toward Palmer. Now we had come complete circle and would cover the rest of the Alcan back down to TOK. 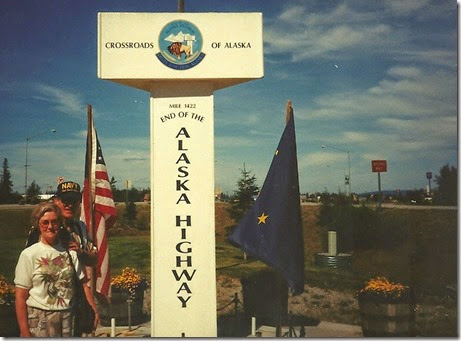 Did I say the car gets VERY DIRTY being towed behind the motor home when it rains? 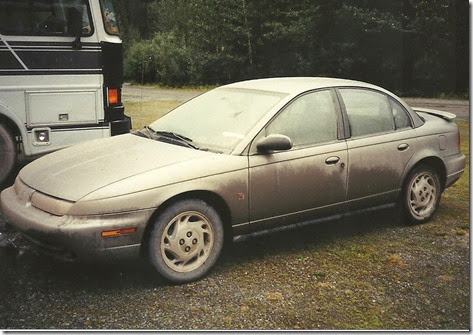 But we washed it again, found a camp site, cooked and enjoyed a few days just relaxing, walking and enjoying the beautiful scenery before heading for the Canadian border. 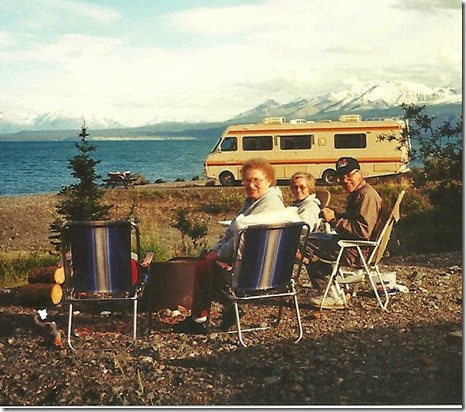 Our time is coming to an end in Alaska and we have been on the road about 2 months. That is the beauty of driving your own bed, anywhere we park it, we are HOME!

We have again called for Mail, hoping it will be at the border, the Mile Post states you can have mail sent there so we did.

Winter transportation for parts of Alaska 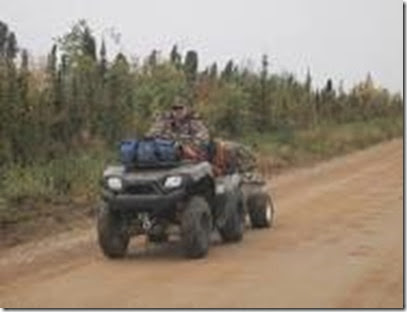 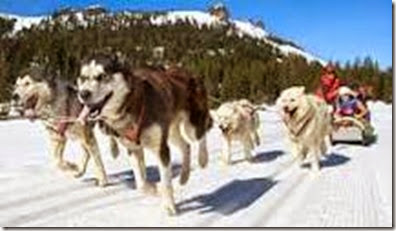 I think it would be cool to see the ice sculptures myself! Lots of talent into putting one of them together :)

That ice carved moose was awesome. LOVE it. When my daughter lived in Alaska She volunteered to work with the dog sled dogs. Alaska is a beautiful place. That last picture you showed sitting around the campfire with the mountains in the distance is priceless.

Enjoyed all this. If I was younger and healthier I think I could be talked into traveling the way you and Sherry do.

I'd think it would take every bit of two months to make a trip like that in order to enjoy all the sights. So glad you got to go as now I too have seen some sights I would have never otherwise seen.

Alaska is some place I'd like to visit sometime! I bet it is cold up there right now! Neat sculptures and I would love that boat ride excursion. Ya'll be safe and have fun!

Love the campsite by the water! the ice sculptures were nice, bet they were even more beautiful in person. Take care, Sheila