I lived a sheltered life

Funny thing of being raised in some parts of the south, your horizons are sorta limited. Military guys from the north laughed at me when I had never seen a pizza until I was 15, never tasted one until I was 16.

Growing up in the south there were two races of people, Negro (Colored) and white. I heard Pollock Jokes and had no idea if a Pollock was an elf or a horse. I was raised in the segregated south. I heard the ‘N’ word a lot, but if I ever said that around my mama or daddy I got a swift smack on the butt or a touch of soap in my mouth. Mama insisted on referring to the Negro population as “Colored”, that is more respectful she said. And that was up until she died. At the hospital our family would cringe when a black nurse came in the room. Mama’s standard line was, “You do what you have to honey, at my house we made no difference in the Coloreds and the whites,” and she meant it, because it was  true.
. 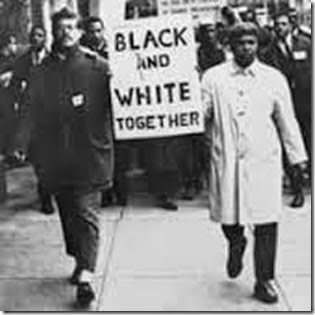 I knew colored and white. I did not know Jew, Italian, Spanish or French.  If I did know one they were just white to me.  Even in the Waldensian town of Valdese, NC, Italians were just white.
I ran into Muslims in Turkey (mid 1950’s), but to this young Marine they were just plain Turks. I did learn a tough lesson by trading my ‘C’ ration sausage patties to the Turkish soldiers for watermelon. I learned the hard way that they did not eat pork, no one told me it was because they were Muslim. I am not sure my seniors knew. I knew that Jewish folk did not eat pork but I did not know about any others.
My early years were very sheltered according to world views. I don’t remember the first Oriental I ever saw but it  was not in school.
Now our little Historical town of Belmont, NC has all nationalities. Not unusual to see Hispanic and Oriental. Even a few Muslims. 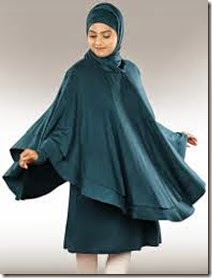 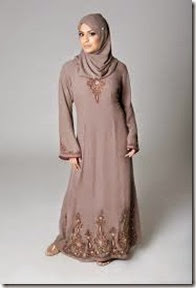 But none so far with the full Burqa. I did see the full Burqa at Disney the other day and many in Detroit when we were there with Sherry’s Brother in the hospital. 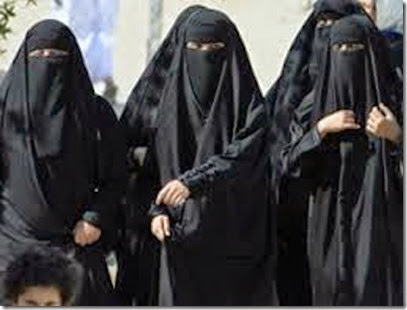 Being honest, I am fearful of the full dress style, because it is foreign to my thinking.  I firmly believe when voluntarily immigrating to the USA, that in this time of fear (and fear mongering), when we are wary of terrorists, This should not be accepted for safety sake. And it should be understood by the immigrant.
Can you imagine for one second that this would be a valid driver’s license photo for ID? Try getting your  driver’s license with a mask on? It is so foreign to my thinking.
This comes from my heart, no hate but from a love of my country. When I visit another country I try to abide by their standards and rules, I expect the same here.
Nite Shipslog
PS:
In a case before the Florida courts it was ruled that the Burqa cannot be worn for a photo ID (It was allowed before 9/11, that was shocking to me). The photo must show the face, but when the photo is taken no men can be present.
<<<<<<<<<<<<<<<<<<<V>>>>>>>>>>>>>>>>>>>>>
Cars of 40 years ago! 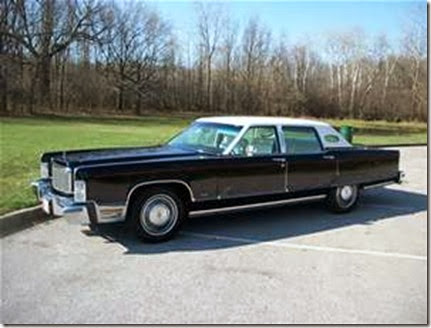 Interesting about the photo ID taken with no man around; that is good they try to honor the custom with dignity to the one that has to expose themselves so to speak to get their picture taken. Having lived in Southern California, we saw everything and heard almost every type of language, LOL :) I truly do try to respect everyone's opinions and beliefs; sometimes I wish others would do the same for us.

The irony is that in some countries where the burqa is required, women are not allowed to drive at all.
The lengths societies will go to to keep women "in their place"!

We are a country of immigrants. Our diversity is what makes us great. It is interesting how we all adapt.

I feel the same way I try to respect
others customs when visiting and I
think they should do the same for
our Country. I like you have dealt
with all races and many situations.
I also feel afraid of the full
Burqa we have so much crime. It could be a cover up for robbery.
I am thankful we had a good home and
taught respect for others.

Interesting share, Jack!
I honestly can't remember any black or Hispanic families that lived in my little home-town; and honestly, felt ill-prepared when I first left home. (Quite a difference from Tom, who was born and raised in the South side of Chicago!)

... Now the burqas? I should try harder to understand; but they still leave me feeling uneasy, or apt to walk the other way.

Amen to this post. Now about the pizza. I think I didn't know much about it until my girls started wanting to go to a pizza place and they called it pizza pie.

Strange you should mention pizza in the mix of all of this, I really cannot remember one until I was almost 20 and we made our own from a box mix at home. We certainly are a diverse mix of countries here in the US.

Surprised you never tasted a pizza until age 16! Born in the North End, Boston, there was a Pizza place on every corner, one better than the next.

I used to make my own pizzas but the Rheumatoid Arthritis is slowing me down in the kitchen these days. The chronic pain has altered my usual routine of things.

Those people covered up in burqas scare the heck out of me especially in the turmoik our country is in right now. Anyone can be hiding behind them. I'm against it and it is our country and should not be allowed. Everyone needs to show their face.

This visit was educational Jack. I was sheltered too.
There were many things I didn't learn about until I was drafted and left for the Army.