On to Dawson City 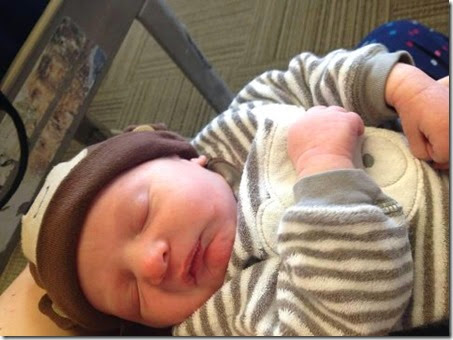 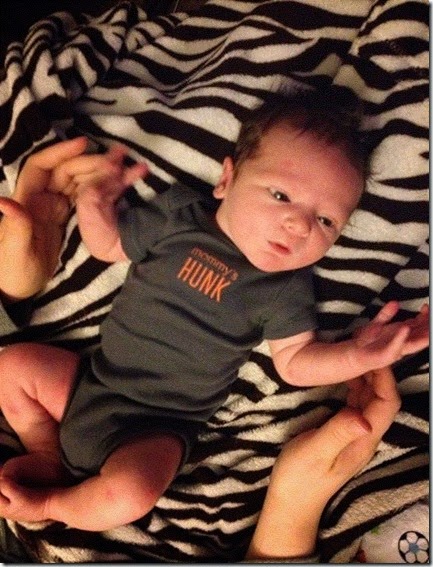 (He has already asked about a guitar!)

Now to the trip to Alaska:

WE left the Alcan highway and headed on up to Dawson city. The landscape and views were all spectacular. There is a book produced called the ‘Mile Post’. It covers every thing on the Alcan and the side trip up to Dawson City also.

There is a sweet tooth in most folk and one thing in common is Cinnamon Buns. In the Milepost they stated you had to stop for a cinnamon bun. One would feed a family they said. They were huge served in a small house that would seat maybe 20 people. It was packed of course there was a tour bus there.  We  bought one for each coach and left.

Dawson city was interesting. the landscape was all rocks millions of round rocks. Piles of these rocks. 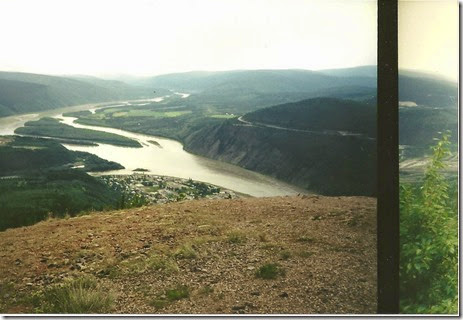 Looking down on Dawson City and the Yukon River 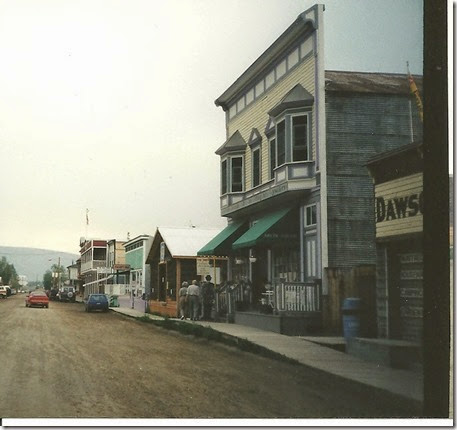 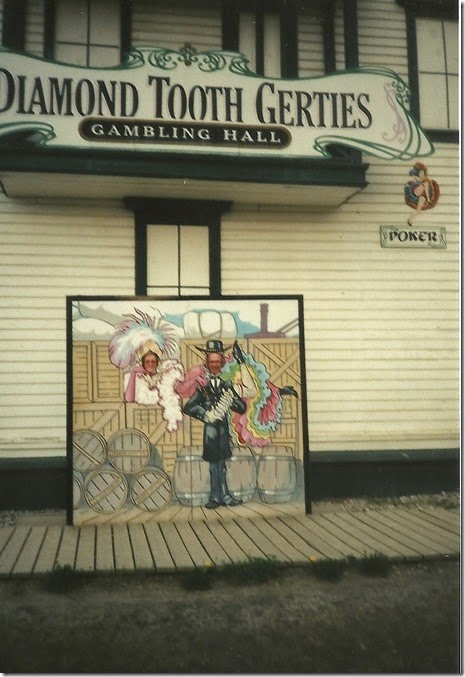 Lots of places try to keep the same atmosphere as the Gold Rush. 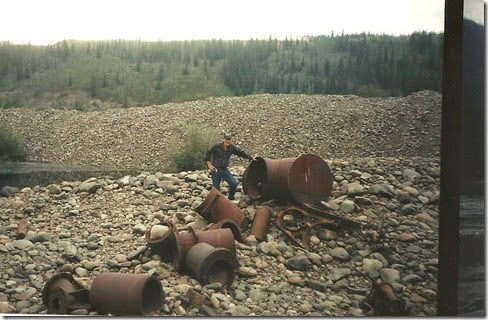 Olds mining equipment left to rust when the Gold Played out. The Rocks? Oh that is what the Gold  Dredge left as it dug up the creek beds. Huge gigantic machines 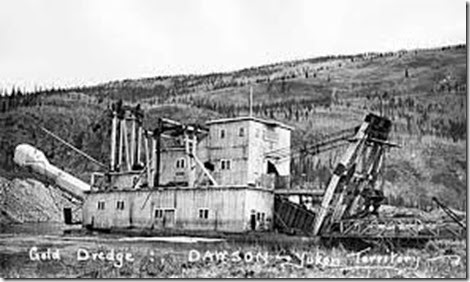 The dredge was an engineering feat. It looks like a floating hotel. it actually floated up small creeks by damming up the water making a lake and digging its way ahead. Taking in all the sand, gravel and rocks . They were washed for gold then spit out the back. When the rush was over they too were left to rust. The big digger had many teeth, each one weighed 2000 lbs on some dredges. 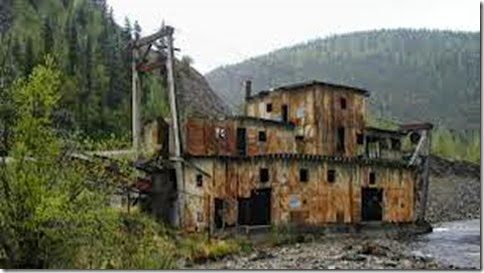 I panned for gold in Bonanza Creek and actually got one very small grain of gold. 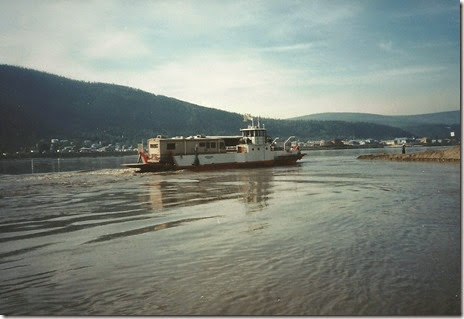 WE left Dawson City via Ferry across the Yukon. That is Dick and Kats Bounder on the Ferry. 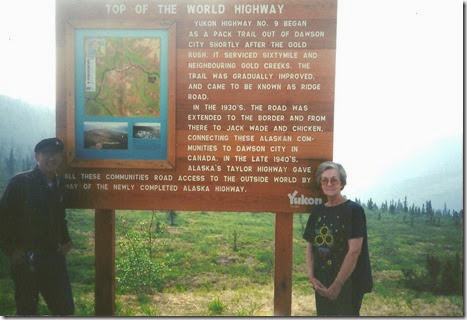 Across the Yukon we took the Top Of The World Highway on to Alaska.

I could not find our pictures of the dredges, I got these from the net.

PS2: Some folk who read the Shipslog have been to Alaska. At least one person who reads lived there. Cher and her Hubby Thom lived there before moving back to the lower 48. 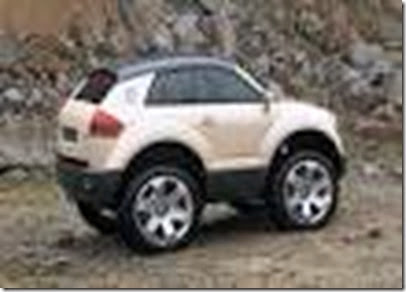 Love that main street! Congratulations on the addition to the family!

Way to go on the family addition, hopefully, Sunday we will be on the Road heading SOUTH, hoping everything falls into place, looking forward to being in the "Big O"!! an some warm weather!!

Jude is so adorable!!! Good for you, Jack, when you tried panning for gold that you actually got something!!

Your newest great grandson is a beautiful boy. I imagine every one is thrilled to have him in the family! I just found out that come August, I'll be a grand'ma' again. No greats yet. Our families just keep growing for sure.

Congratulation to you and Sherry .He is a handsome little guy.

Dawson City is a fascinating place. Lots of history. Jude is one sweet baby. ENJOY.

So you're rich now? Precious little baby boy. I like his name too.

A beautiful new baby and a trip to beautiful Alaska! You are blessed and life is excellent! Hugs to you and Sherry! Enjoy!