Breakfast away from home…

The Marine Corps is part of the Navy, so food at Corps mess halls is Navy Chow. I had never heard of beans for breakfast, but that is a standard ‘historically’ established breakfast. So at least once a week Beans were served as the main course. 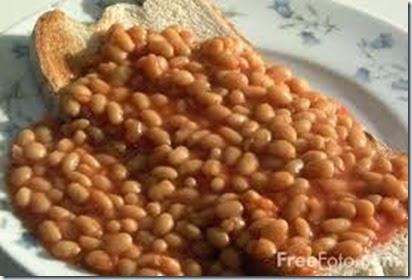 I had never heard of it, but they served potatoes for breakfast, “Can you believe that?” I asked mama. 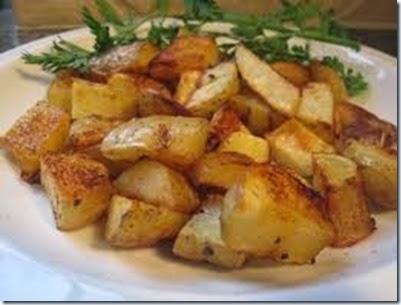 To my surprise she had, they ate them during the depression. 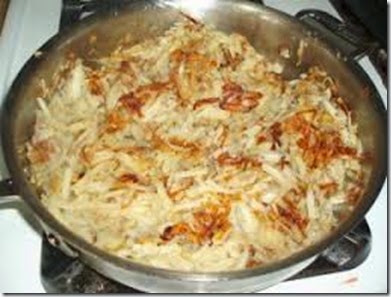 Away from home I was introduced to French toast. I had never heard of it. Mama made what she called Egg toast, but as I later learned that was served when eggs were short, she mixed eggs with milk and soaked loaf bread in it and fried it. It was eaten like eggs no syrup applied. 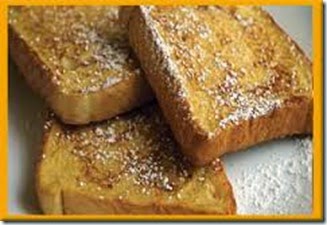 Pancakes were rare at my house but I soon learned outside Belmont it was a standard staple.

Gravy was always good at home, but it was always as cream gravy or ‘red-eye’ ham gravy. ‘sopped’ with a biscuit. In the military I was introduced to SOS. That was ground beef or chipped beef in a cream gravy over toast. If girls were around it was interpreted to mean ‘Same Old Slop’, if just men were present it was ‘$hi- on a Shingle’. 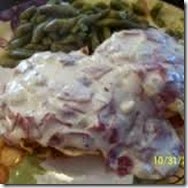 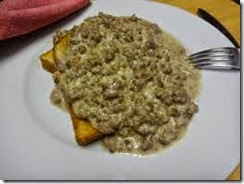 My favorite drink for breakfast was milk, if I had coffee it had to be as my DI referred to it, sissy coffee (cream & sugar). And milk indicated you were still sucking mama’s teat! I still preferred milk, sometimes Chocolate, both were always available when you were ashore.

We have breakfast at Hardees at least once a week. They serve a good gravy and make a good biscuit. Not as good as mama’s but close.

Thanks for stopping by…

And your favorite Breakfast is …… 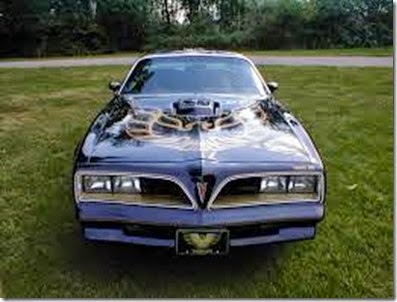 What a wonderful breakfast meal you have. I too love bread dipped in egg and milk. Eating beans in the morning gives us proteins and gain energy to work for the whole day.

I'm sure a lot of people who join the military get a taste of different food once they do :) Interesting beans served as a main meal, but I'm thinking it was a good protein one!

Having beans for breakfast is a new one to me but I have had most of the others and enjoy them all. Lots of times I'll have breakfast for dinner and that is when I'll fry up some potatoes too Hope you all enjoy another nice day down there. It was only 27 degrees here this morning.

On the other hand, why do breakfast potatoes and biscuits/gravy have to taste so heavenly?

I had a little bittersweet moment at your mention of SOS. One of my dad's favorite meals ... an ex-Navy man. In fact, that was his very last meal. (And yes, I grew up calling it by the "non-PC" title.)

Have a beautiful day!

I had never heard of potatoes for breakfast until years ago we went to Ocala Florida to Grover's uncle funeral and stop to eat and they served hash browns. I'm not too fond of them, but can eat once in a while. We get breakfast from Hardees every now and then with Grits, eggs, bacon or sausage, hash browns, biscuit and gravy. Enough on one plate for the both of us. Hope it's nice and sunny down your way, raining up here. Take care, jean.

Hi Sweethearts~
My, it's been months but wanted to pop in to say ' hey ' and letcha know we's still with the world.
Love beans, taters, of course, toast of any kind and biscuits and gravy I learned to love traveling south.
Bill has potatoes every morning, hash browns usually. They don't call him Spud or Taterhead for nothing. lol
All's well up north, just not blogging lately. Sorry bout that.
Miss you two darlings. Have a wonderful spring. Bill's started his tomatoes from seed prematurely for boredom of winter. Our snow is finally gone..Yeah and the sun shines.
Loveya from a bit of God's Country

Never heard of the beans for breakfast. I hate beans of any kind. But I like potatoes. And French Toast is so yummy I could eat it every day.

I've never heard of beans for breakfast before but they are a good protein for Vegans.

I seldom eat breakfast which is bad I know but I was up super early this morning and made myself some French Toast. Something I seldom eat.

I never tasted that white gravy for breakfast before. I have to try it.

I never had a lot of the things you wrote about while I was home, but I learned about them when I went in the Army.
Most of them had never heard of grits either.
R

Standard breakfast fare for me: store brand "Cheerios" and whole milk. Sometimes I put a banana or strawberries in it.
I don't think I'd like beans for breakfast.