A couple days ago at Bonnie’s ‘Organic Discourse’ she said, “The weather is clear, I have some laundry to hang out and I hope it dries before the clouds come in.”  The weather was clear but the local forecasters had called for clouds. She sometimes quotes her witty son Caleb, she had a good one that day. 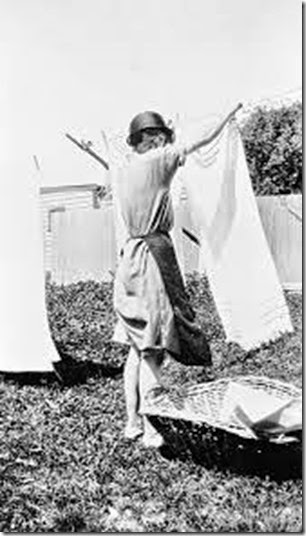 That reminded me of when I watched may mama hang clothes. I remember at times the clothes lines would sag, and instead of attempting to tighten the wires, dad would prop a longer pole halfway down the line. As a child I always wondered why the line did not come off the pole and drag the sheets or blankets in the dirt. Dad knew common sense physics, the weight of the line would pivot the pole, but the line never came off. 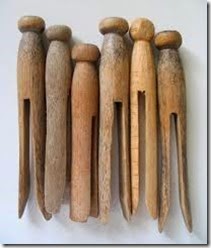 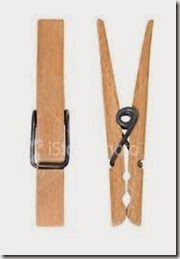 Mama had the slip-on  line pegs, then later the clothes line pins (with the spring). She had an apron especially for the pins/pegs and she kept a couple in her mouth at times. I wanted to do that, the whole wash day looked like fun to a kid.

Looking back it is hard to imagine how mamas could do the washing, hang clothes, wring a chickens neck, clean it, break-beans, shell peas, make bread and cook for the family and get it all done while singing. 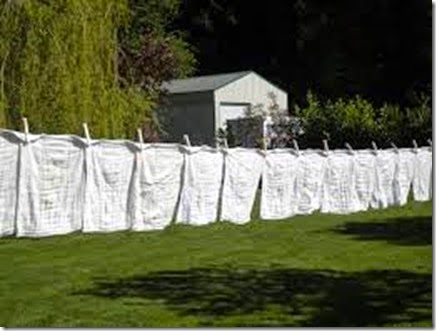 It was years before Sherry and I could afford our own washer and dryer. Like many of you we have had the clothes freeze on the line and bring them in to thaw. You could stand pants up against the cabinets like someone was in them. Diapers also froze, and you needed them, there wasn’t an infinite supply. 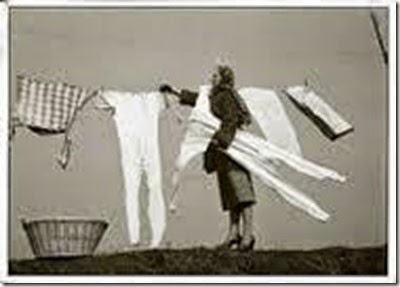 EVERYTIME hanging clothes is mentioned my mind goes back to one day in Moberly, Missouri. The FIGHT was on radio,  My man Sonny Liston was gonna put the mouth down. Cassius Clay was an Olympic winner but my man Sonny was going to give him his come-up-uns. It was my time to hang the diapers. I told Sherry I would be back in for the second round  (confident Clay was getting beat around). 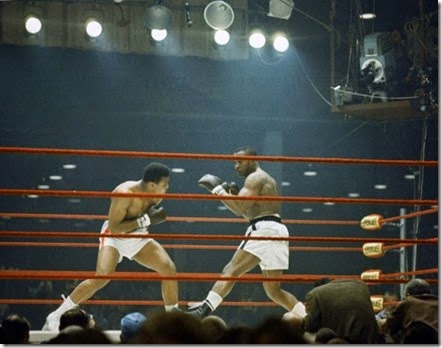 When I walked back in the door, Sherry said, “It’s Over.”

“WHAT? Clay done my man in the first round, huh uh!”

Remember on the radio there were no instant replays, I had missed history in boxing, while hanging a load of Mark’s diapers The mouth proved he was the best boxing had, and I reluctantly agreed. IT WAS WHAT IT WAS!

Life happens only once, this is not a rehearsal, listen and pay attention there will be a test later. 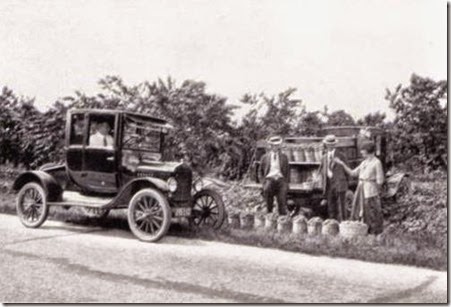 Roadside fruit stands, I miss ‘em.  Many of the ones today just bring veggies they bought at a Veggie market imported…

Who knew hanging diapers on the line would be so memorable? LOL

By the way, the clothes were mostly dry the other day when I brought them in. It only became "partly cloudy" that afternoon which may surprise you to know is sunnier than "party sunny." Another one of those imponderables, but if you put "only" in front of the phrase it helps: "only partly cloudy."

Boy, do I remember those clothes lines. The clean smell of the sheets off the line was amazing.

When my daughter developed severe internally and externally asthma, the Massachusetts General Hospital gave me a script to purchase a dyer. Dyers were knew going back 47 years ago. I couldn't afford one then either but I managed to buy a small portable one for my daugther's clothes.

I was in a panic one day when I stopped to visit my mother and she was on the back porch reaching out and bending over the fence hanging clothes on the clothes line.

The fence was moving and I freaked out in fear she would fall two stories down. I calmly told her to come in the house ASAP and I would hang the clothes for her. I said that just to get her in the house.

I then immediately phoned my brothers to come over and they all got to work and replaced all the wood fencing around her large back porch.

Funny story about hanging the diapers. I remember well those days of clothes lines and clothes pins. The dryer was a great invention, for sure.

Life does happen so quickly that if we don't take the time we do miss out on a lot. Savoring each moment as it comes is the best way to go. I'm glad you took your turn hanging out the diapers. That was one thing I never had help with and believe me when I say I did hang a lot of them on the line. I had a clothes dryer early on in my married days. But I loved things hung out in the sunshine and nothing could whiten up those diapers better than the sun could. I also loved the smell of things hung outside to dry. Now things go in the dryer or on hangers in the basement. I no longer have a clothes line outdoors. Sure do miss it. Thanks for the memory jog today !

I always liked to see things blowing in the light breeze that were hung on lines to dry and the smell of the clothes hung outside was so refreshing. Now they try to imitate that with fabric softeners and dryer sheets :)

Good man Jack to go and hang diapers and "leave" a sports event that you were interested in.

I wonder if I still remember how to get that starch just right. Mel always had to have long sleeve uniforms then would roll the sleeves up. Still had to iron them. If he had worn shot sleeves it would have been so much less ironing. I sure liked those pants stretchers when they came out.

How well I remember my mother standing in the snow in her 'rubbers'(remember those?), clothes pins in her mouth and a steaming basket of freshly washed clothes beside her on the ground.
Later, she'd let me sit at the big old mangler and iron daddy's hankies and pillow cases. Great fun!
Looking back, hers wasn't a pleasant task but she never, ever complained.

PS - Love your PS, especially the part about there being a test at the end! :)

I didn't not mind hanging clothes
on the line. We had washer but
no dryer. Those were the days.
I remember sometime a dog would
pull at the clothes when the wind
would blow them. The did smell
fresh and clean.

Thank goodness you got a good story out of missing the historic moment :)

We had clotheslines when I was a kid too. I've written about them in the past.

Your blog gave me an idea for my column this coming Sunday.

It's about the cars my dad owned when I was a kid.

I remember everyone of them....what they looked like, how they sounded, and what they smelled like on the inside.

You do good work Jack.