When I was a builder I wore Craftsman boots. They were comfortable and my feet never gave me any trouble. When Sherry decided we would hike the 2267 miles of the AT, we bought hiking boots. Sherry did well until one day we had to ford a creek about five times, and that night I dried them over a camp fire (WRONG). The next day in just a few hours her feet were ruined, they were killing her. 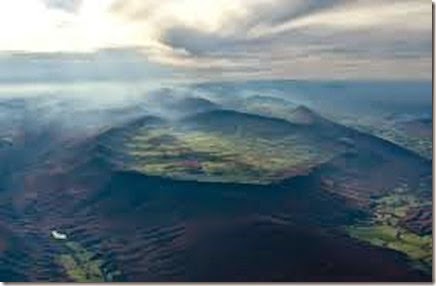 God’s Thumbprint or Burke’s Garden from the sky. The AT takes the right rim.

So we found a good campsite, high on a mountain (Not the ideal location (too high for water), but she could not go further).  The view was gorgeous, the valley on the north side was called ‘God's thumb print.’The water supply was down the mountain. Daily I made the trek for water. We camped until our food ran out and we had to move and her heels were still terrible bad. (A couple hikers, Tin Man and Godiva gave her some 800mg ‘vitamin I’ ** for pain) At times I carried both packs or ran ahead and dropped one and returned for the other. We found a trail down into Burke’s Garden. 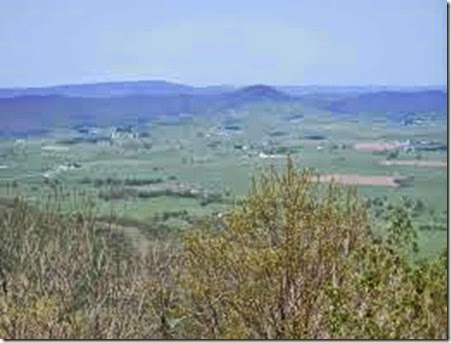 (Above was a little lower, but about our view for a few days.)

Time for better footwear. The soles of my feet burned in my boots. SO I remembered the work boots, ideal I says. WRONG. I made it only a few miles, there is a difference in working and walking. LOL 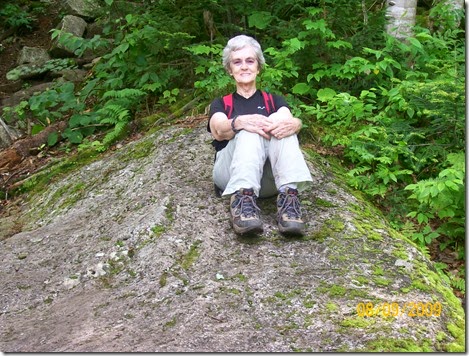 We finally settled for ‘tennis shoes’. Or what ever they are called now. Reebok was the best for me. As they wore down, I cut them in several places and that helped cool the burning soles. 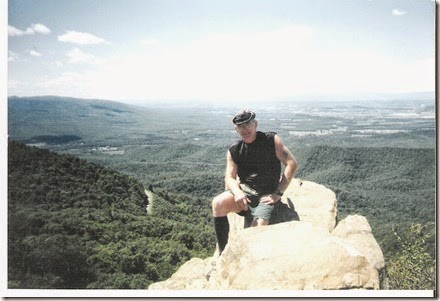 Now here at home I am working in tennis shoes and it is MUDDY!  I need my boots and don’t have any! hahaha 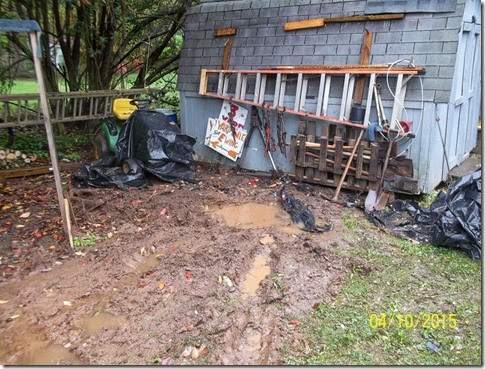 I am rebuilding the lawnmower lean-to. I had built around a tree for some temporary coverage, now I have taken the old cover down, and cut the tree. Fortunately I still have one tractor here, a Yanmar that I bought new back when I was rich. LOL  I was able to push and pull the trunk/stump up. 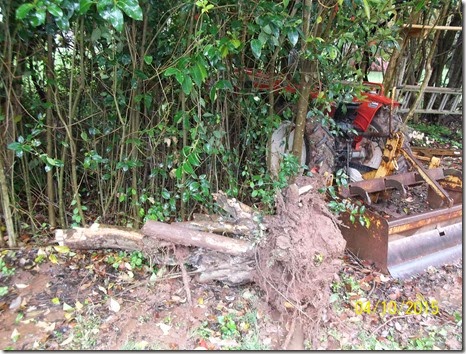 Thank goodness it had no tap root. 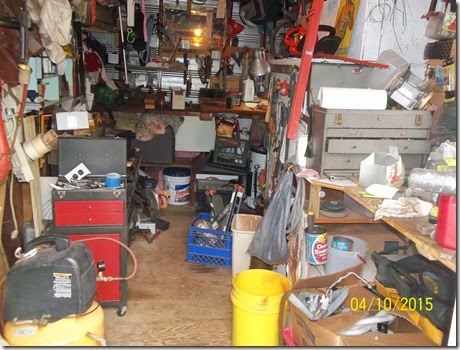 This is my playhouse where I can piddle on small projects. Yesterday I used three old nail guns to make one.

Now I won’t have to hand nail the lean-to once the rain stops & I find some boots.

(** Vitamin I on the trail is Ibuprophen)

If you are an outside person, rain WILL slow your pace down, whether you need it or not. LOL

1948 Mercury, the back doors were what was called suicide doors because they opened into the wind. 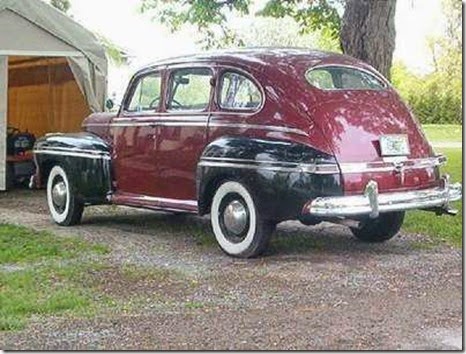 Your playhouse looks like our garage. Projects a plenty to be found within. All that mud you need to get yourself a decent pair of boots. The sooner the better. If you do not have a proper pair of shoes when walking or hiking you will suffer for sure. Good luck with the lean to.

The Thumb print of God picture is beautiful. I can attest to having the right shoes for the job. I have boots but they are for when I need to shovel snow. When it rains, I work inside. There is plenty to do and when the sun shines and it's dry, I do the yard work and sit on the porch a lot. Nothing gets done inside when it's nice out. I've only been able to be out 2 days now, but slowly it is warming up.

That was one big tree stump! I did wonder what your project would be now that you were back at your home base, Jack :)

Poor Sherry with the boots while hiking; glad you told us what vitamin I was :)

One thing my mom taught me early in life was the necessity of good shoes for what you were doing. We didn't have many pairs of shoes but the shoes we had were of good quality and for what we needed, i.e. tennis shoes for sports, school shoes, etc. Now my feet don't like it if I try to slip cheap shoes on them :)

Nothing like a comfortable pair of shoes and ones suitable for the job.
What a sad saga of Sherry's sore feet!
Looks like you're having fun piddling.

Jim has always talked about moving from Michigan to Florida in a car with suicide doors when he was a boy. Don't think I ever knew just what they were!

Ouch! Poor Sherry with hurting feet and poor you with all that carrying extra stuff.

Love that aerial view of God’s thumbprint! From what you’ve told us, Sherry sounds like a ‘true grit’ sort of lady; so those wounds must have been pretty severe. :(
Glad y’all made it down safely, with a little help from your friends.

Oftentimes I try and envision my friends’ surroundings…. and here’s your own man cave! Now, I’ve a visual when you mention time spent ‘piddling’!

I can't figure how you find so
much to do. You are right when your feet hurt you feel bad all over. They say it will clear and warm up. If you can believe the weather man. Sit down put your feet up and rest.
Glad to know about 'vitamin 1'..
Let's remember our age hee hee