Most humans incur “That time In Life”

There is a time in life when you wake up ‘LOST’.  Fortunately it doesn’t always last long, but any time it does happen, it hurts. 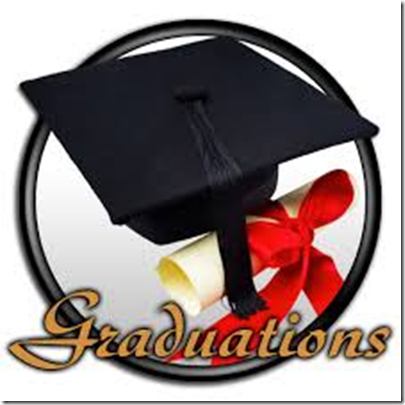 I took the time to tell Matt and Kirsten one small fact of life that MOST of us go thru. I quoted what an advisor told me when I decided to retire. He said many times retirement is like the death of a mate, it leaves you LOST, not sure of what direction you should be going.  I have learned over the years that same scenario can be equated to the breaks and changes in life. 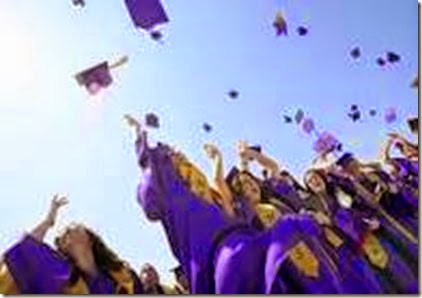 My ‘advisor’ said today you are SOMEBODY. You say to someone jump and they respond ‘How high?’  Tomorrow try telling someone to ‘Jump’, and they may say, “Kiss my grits!” Not exactly those words but you  get the idea.

As I talked to the kids for just a few minutes, I just said, “Up until now, you have had homework to do, studies to do, papers to write, classes to attend. Tomorrow you have no responsibilities to others, now your responsibilities are to yourselves.

NOW, all of a sudden it is YOU, looking for a job, and it will come.  It may not look like it, but it will.  You will soon be responsible to someone again. DO NOT GET TOO DISCOURAGED. I was unemployed for almost three months once, it nearly drove me up a wall. So I do know the feeling. 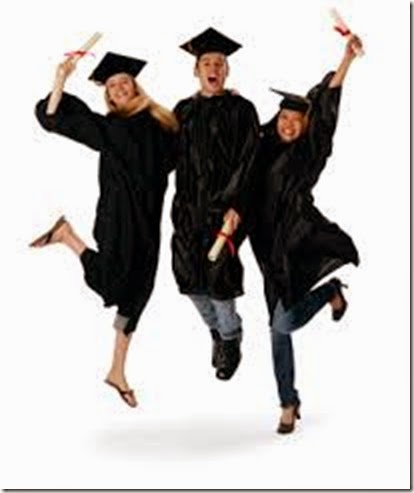 When you look at the big picture it must be discouraging, Knowing thousands of men and women are now GRADUATES, competing for those JOBS, someone says exists!

I have no doubt Matt and Kirsten will land good jobs, BUT there is THAT PERIOD OF TIME until it happens.

Sometimes it is hard to stay pumped-up, with someone always trying to DEFLATE YOU! 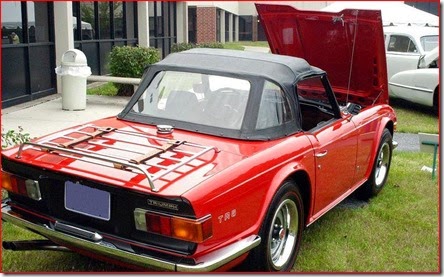 Son Mark’s TR6 in the 1980’s. He once bent a bumper and the boys at Richard Petty’s shop fixed the bumper and chromed it for me nor nothing.

I've been lucky not to ever be in the position to need a job and couldn't find one. I think it would be a very stressful situation. Good entry as always, you never run out of subjects.

I agree with Paula you always have a very interesting post ! Thanks for your kind remarks on my blog!

I don't know how I missed your
last blog. I guess I am the slow
one in the family. I think it is
wonderful for Matt to graduate with
honors. You are right it is a big
world that they are facing and very
different. I'm sure Matt will face it head first. GOOD LUCK TO
MATT.

The advice I give the the kids I come into contact with is, Do what you love and love what you do.

What a great spot of advice! Immediately I was reminded why I'm a bit afraid of retirement.
When I first moved out here, for the first time in my life employers weren't beating a path to my door (LOL). My own hiatus was nearly 90 days and I was ready to climb the walls!

That was good advice you got about retirement; I think everyone retiring needs to here it; I think people plan for retiring, but don't actually plan what they will do after they retire and end up LOST. It is daunting to be out in the work force, like Matt and Kirsten, but I know they'll find something, they just have to be patient and wait for the right thing!

Spot on with good advice.

I feel "Lost" now. Then, I just learn to deal with it.

Retirement is so different.

I do wish them both successful happy lives. It's such an exciting thing for young people as they start new adventures. Good you gave them some settling advice. Thankfully it's been a long time now since I had that lost feeling. Retirement has only brought me lots of joy.

that TR6 is one beautiful set of wheels...