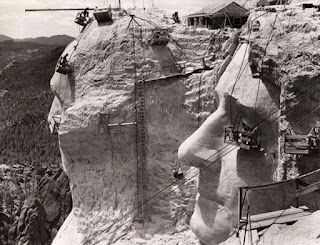 There are places I would like to go back to but require flying.  My girl has never been a fan of flying but will get on a plane it the incentive is good enough.

She flew to GITMO to be with me. (Big incentive!  Haha) She has never regretted that flight and considered the 3+ years some of the best of our lives.

She flew to Utah with the family to see our distant family. Good incentive there.

I had never been to Germany so when the plane fares dropped real low, I sorta begged her to ‘let’s go’. So with a couple friends we were close to, we took the flight and she got to see several countries including France (& Paris) and Switzerland.

She has always wanted to go to Hawaii, so when we had the chance she was willing to fly, since we were in San Francisco and it wasn’t a long flight. Hawaii at Christmas, good incentive.

BUT, but she would like to see London and Ireland but so far the incentives are not good enough.( After Myra's B/W flash back, an idea has grown) So I am thinking of a transatlantic cruise, At least it ain’t flying.  I haven’t checked yet hoping some passenger ships leave out of Charleston for Europe. When I was doing research for my book ‘The Vacation’ (Which I just reread, dang good book!) I had to use a ship out of Ft. Lauderdale.  That would be a good alternative.

Anyway sweetheart when you read this let me know what you think? What can I tempt you with to fly?  If I cannot, what about going on a sea cruise across the Atlantic!

Hey readers, how about encouraging my sweetheart! Give some incentives to fly or encouragement to cruise.  What would be an exciting destination?

MMMMMmmm wonder what you must do for an audience with the Queen? Maybe one of the couple that just got married?

But really a ride on a double-decker bus, changing of the guard and Piccadilly Circus should be enough, huh babe?  Think about it! 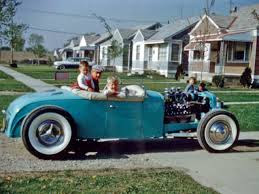 Oh come on Sherry do it for Jack, if you want to that is. My daughter lived in England for four years and she really liked it.

Sherry, if Jack is offering you a cruise to get to England, go for it!!! I can't say much to give you an incentive to fly because I am a very reluctant flier but find myself booked on a plane in about 4 weeks (but who's counting) and already dreading it. So take the cruise and enjoy it! Time at sea for relaxation, reading, exploring the ship, and then the joys of seeing England! Seems like a win-win to me!

Just to see England and Ireland would be incentive enough for me. That of all European countries is my favorite. So much history to see there. We are such a new country compared to theirs. I follow Susan Branches blog and she just returned from a cruise to England. She's an well known author and a painter. There are so many places to see and things to do! Never the less here I sit planted in Ohio, but I'm an armchair traveler and love to see where others go.

Please, please, puleeeze Sherry … say 'yes'? After all, you only have to unpack once! Back in the olden days (ca. 1957) we sailed out of New York City into South Hampton. The crossings took 7 days, but I'm sure modern technology has shortened that timeline considerably. There's so much to do aboard … or splendidly nothing.

Oh, listen to me going on and on. You kids just follow your hearts!

I'm not a good flyer so I understand Sherry's dilemma. I would opt for the cruise. The pace is slower and ship amenities far outweigh the cramped space of a flying bus. Either way, it sounds like a great adventure!