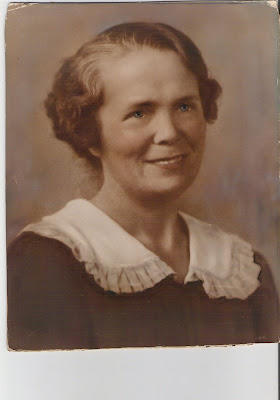 And then there was Susie Geneva Hawes Harris
The best mother in law in the world. One of the wisest women I knew. Such a woman others dream of being. She knew the value of silence (there are people who will never know that). She worked in tobacco fields until she was 12 and then cotton mills from 12 years old. 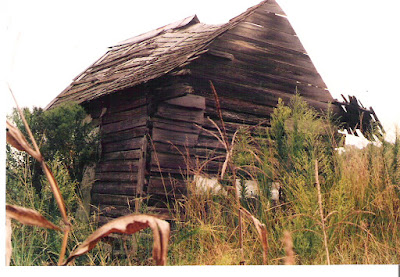 The girls and husbands went east to visit  Susie's childhood home. This is the old tobacco barn. Then in the middle of a corn field. 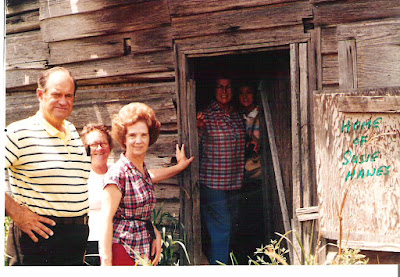 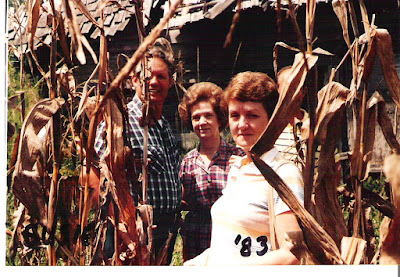 She knew poverty & sadness. If she ever knew her father, it wasn’t for long. He deserted a wife and 8 children in the tobacco farming country of eastern NC. The family was allowed to live in a tobacco barn before Susie’s mama made her way to Gaston County to find work in the cotton mills (leaving the oldest 3 in Eastern NC working in tobacco)

Yes, Children worked in the cotton mills just like they worked on the farms.  Because just like on the farms the labor was needed to survive and survive they did.

I am a fan of ‘Sean of the South’ (thanks to Sheila). I read his blog today about meatloaf and since that used to be a staple (and my specialty) in GITMO, I mentioned it to my Sherry.  I was shocked, she said “Meatloaf is not one of my favorites.” Hey, I did meatloaf at least once a week aboard GITMO. Usually before putting it in the oven I wrote DARNELL across the top in ketchup! I thought that was cool, she had to like it.

Sherry (who remembers EVERYTHING) said, “Mama fixed meatloaf and then cut Mark and Daddy’s hair the day she died.” That sweet woman died in my arms later that day as I was performing CPR until the medics arrived. 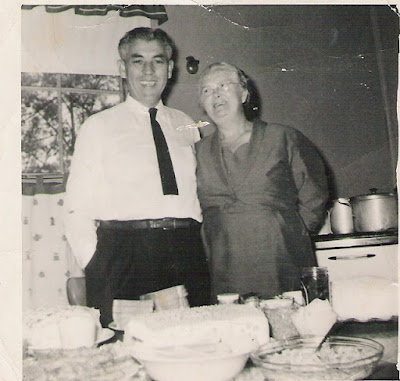 A woman named Susie only lived 61 years. Sherry was a mama’s girl. Susie came to Mississippi for Jack Jr’s birth and also to Missouri for Mark’s birth. 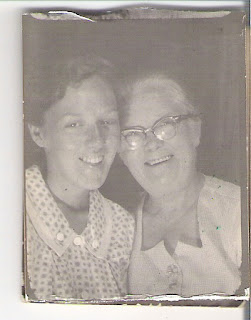 (Picture taken on one of their walks along the beach in Biloxi, before jack jr) 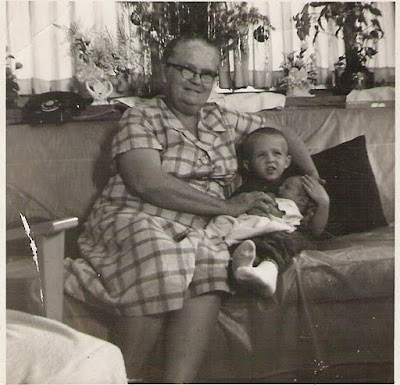 Susie in our trailer in Missouri. Mark was just home from the hospital and jack holding him, hey, we even had a dial phone!)
She and her husband Wiley worked in the cotton mill on different shifts so one of them was always home with the family. BUT Susie was determined to have something. She managed the finances. On cotton mill wages she birthed 7 kids and had three houses built. They were debt free before her death. Sherry & family loved Wiley but they adored Susie she was a gem.

Leaving family and friends Susie headed west with the family in 1916. That was a BIG step it was about a 200 mile bus trip. Then arriving in the area of Belmont the year of the great flood that took all bridges and RR trestles out on the Catawba the last few miles was not easy for the family and especially an 11-12 year old girl named Susie. She learned to be tough.

I am blessed in that Sherry brought into our family that frugality and determination.  I was raised the same way holding to the philosophy, try to owe no man.

All that came from the standard meal featuring Meatloaf! 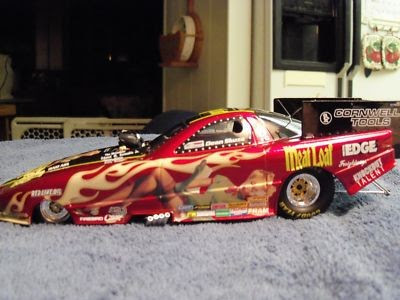 Oh now, my momma used to make a good meat loaf. In fact, thats been my request for her to make me again for a while now. Nutrisystems meatloaf is not nearly as good. Haha.
This was a good post Jack. It seems like back in those days, It was all work and no play. It was a real struggle people now days would never understand. One day these stories will be gone as older loved ones pass and take the stories with them.

She sounded like a truly wonderful person - no wonder Sherry is so special.

How wonderful to have such a great MIL. People of that generation did have it tough and it was hard to find work. Sounds like she did a great job. It's not everyone who could have done all she did, she was definitely a very special person!

The first photo of Susie Geneva Hawes Harris is BEAUTIFUL. No wonder SHERRY has followed in her Mama's footsteps with such beauty, grace and love of life.
The saying Life is a Struggle has got to have come from so many years ago.
I cannot imagine how frightening it had to have been for the children left behind for a time to work the fields and for Sherry's mama to have to leave them. Her determination is so admirable. NOW, as for meatloaf, it is also one of our favorite meals. Mom made it often for the bunch of us. There were always 2 loaves on the table for us 9 kids and the folks too. No grabbing til we thanked God for our food.
loven'hugs from here to there. The sun is shining and we are going to my 50th high school class reunion tonight.

I don't think I'd ever seen Susie's middle name before … seriously lovely! 61 years seems too short a time here on this plane, but such a wonderful impression she left!

If I'm understanding your words correctly, I'm pretty sure I know where Sherry's coming from when you mentioned the meatloaf. My dad's been gone 36 years, but I still recall his last meal. (Chipped beef … I think you Navy men called it SOS?)

i make a good meatloaf myself. sherrys momma was a remarkable lady.

Wonderful lady Sherry's mom was and a great legacy she left behind in Sherry with how she raised her and I'm sure Sherry's siblings!