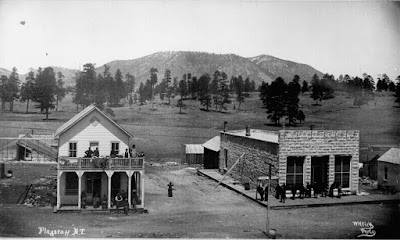 I love numbers, if I knew what to do with them I coulda been an engineer. Funny that.  My girl loves games. When Sudoku became a biggie she was right there. She isn’t a numbers person, even hates to add up her score in dominoes.  I declare if she was a teenager now she would play all the ‘video games’ and win.

I loved math in school. When Algebra came along in the 8th grade, I loved it. Mrs. Brevard in Valdese Jr High could teach some Algebra. She was a slender woman and seemed to always wear bright red lipstick. She had jet black hair that pronounced her lite skin. Algebra was a game to me. I was wondering today if I could still find a ‘square-root’ without a calculator.

Both our sons are good in math, with Jack Jr having a little more interest and depth. Sherry and I were disappointed when they followed my footsteps and dropped out of school. My dad did not graduate, he only finished the third grade before becoming a full time farmhand, and he had no choice. When I saw my dad successful I figured, why bother. I never realized the nights and summers he studied to catch up. I was shamed because I think my boys said the same about me but I don’t know.

But this is about numbers. As I said I loved Algebra but did not see any logical use for it. Until I started building. I realized with my first house that the Pythagorean Theorem would be of primary use to make sure the house was ‘squared-up’.

The diagonal of a building footing is: Square the end (a), square the front figure (b) add them together and get the square root of that figure and you have it (c).

As Son Mark started building, he used the formula, but no matter where I was he would call or e-mail and ask, “What is that Pathagor  guys formula again?”

With a calculator he could get his diagonal figure in a  minute. He was a good builder. Once you get in the real world of most construction jobs someone down the line uses a lot of those formulas to build sky scrapers and roads.

The carpenters college, a framing square. Note the many numbers, representing hundreds of formulas. 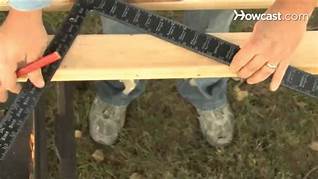 When you see an old carpenter  ‘reading a framing square’ he is using formulas to cut rafters and steps, never realizing he is doing something the average college grad could not do.
(Knowing how to use this tool, you could frame a skyscraper and build stairs all the way to the top!) 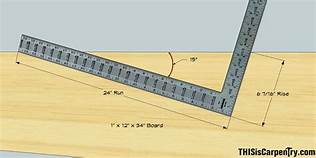 Sorry about the numbers they just popped in my mind.  Save that formula, you never know when you might be asked to pour a footing for a skyscraper! 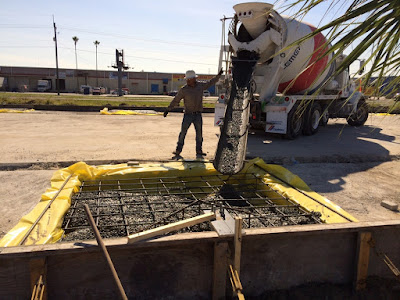 The lower concrete truck is preferred, the driver can see directly where the concrete is going, the back loader he must use his mirrors and someone to direct him. 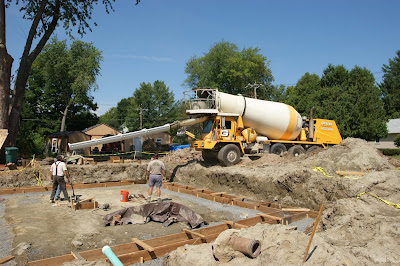 This was all Greek to me.
I liked math but never took the hard stuff. Just the basics. I have never had to use math except averages and sometime division in a crochet pattern. However, Nick is the number wizzard. He is always doing figures and loves a challenge. I keep telling him to go to school and be an accountant when he grows up. He would be a good one and enjoy his job at the same time.

I like numbers but I never went further than Algebra in school. I think kids these days need to learn to do math without the aid of a calculator. Formulas are good things to know.

OMG, I love y'all dearly ..... but like Lisa wrote, it's all Greek to me. Despite all sorts of coaching and encouragement, Math was always my weakest subject. Tom has 3 of those funny rulers laying around and I nearly 'tossed' them during the move. Couldn't figure why they'd be of any use to anyone. Ha!

Numbers are important but I barely made it through high school algebra. I know how to do bookkeeping and can read a recipe...yes they use numbers too, but count me out when it comes to building anything.

It still amazes me how men seem to grasp math better than women. I hated the subject but can still figure out how many pints make a gallon, etc...but don't ask me to be more than a supervisor in a building project....lol
I helped build the cabin and many deer hunting shacks but as a sidekick.
Math is so important tho. Every one of our kids are math whizzes like Bill but not this gal. I'll do the cookin' and good lookin'! Bless ya for all the fine work you've done over the years building houses. You're genius! When we build the sawmill, Bill used a laser level that did a fantastic job to within a 1/16th of an inch.......good enough.
love n' hugs from up north where we're in for a week long rain. Our dry ground does need it...have a wonderful relaxing weekend.

Ha - I hate to tell you this - but you nor your sons (or Rick, my two kids, or I) can understand Andy's algebra today - it is all changed - different ways to get it - and they have to use the calculator. sandie

math is not my subject. my hubby is all about formulas without the calculator. he's an engineer.