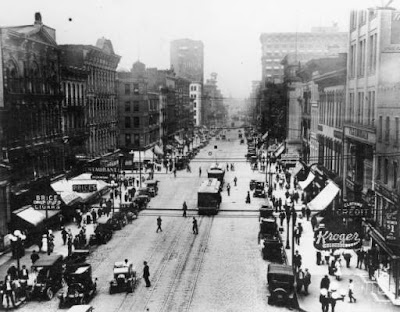 I have heard of the ‘self-made’ man/woman all my life.  I remember Barbara Walters interviewing Armand Hammer, who was very wealthy. She asked, “Mr. Hammer, you are successful and very wise in business, but doesn’t just plain luck figure in somewhere?”

“Certainly Barbara,  I learned long ago, when you work 60-80 hours a week , at times you run into some luck .”

We are sorta looking for a ‘nicer’ coach to Top-off our RV-ing life. In that search we met Dick and Dot. They run D & D Sanitation, he said interpret that 'Garbage Collection.' These are ‘salt of the earth people.’ Honestly, talking to them was like talking to someone you have known all your life. Like talking to your brother or sister. I had a heck of a time getting Sherry away from Dot. 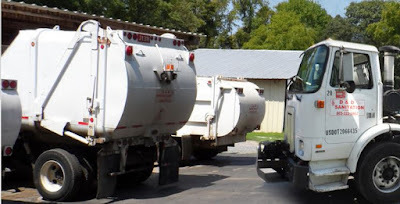 Dick showed us their 2004 American Eagle. It is the Number 1 production coach, methinks.The next up is the Prevost coaches which reach into the millions. 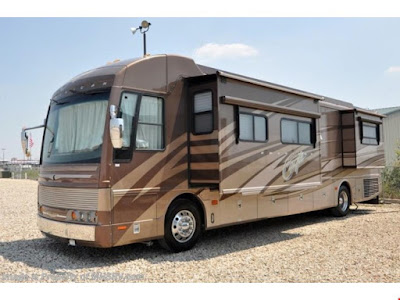 Above is a coach very similar to D & D's.

Heart attacks? Dick 6, Dot 2! It is a tough business. many years ago he had an 8hr job in Charlotte, while back at home Dot decided to start a Garbage collection business. She laughed when she told of searching for customers and going door to door in the country. At the end of the day she was lost and had to ask direction back home. Now she knows the surrounding counties like the back of her hand.

She started the business in a pickup truck with plywood on the sides to increase the load. She said at the time she was a small woman and lifted the 55gallon drums to dump them in the truck. Here in the southeast most of us used 55 gal drums for garbage.

Dick kept working in Charlotte and retired with 30 yrs service. Dot collected, kept the books and drove a truck. Dot laughed, “I had two jobs and Dick had one.”

‘They now have thousands of customers (we are one of'em). When we drove onto their property near Clover, SC I saw at least a million dollars’ worth of equipment.  It is a family business.  Sherry found out about the coach when paying our garbage collection bill. She says Debbie is as easy to talk to as Dick and Dot. (There are 2 Debbie’s, both very sweet.)

The D & D's live in the country. When we went down to talk to them they were setting in rockers, Dick motioned us to a couple, as he took a phone call. In the rockers Dot explained, 'Where you are sitting was once a ‘wrap-around’ porch, but we enclosed it to make the office and our kitchen. Dick will show you the house, he shows it to everyone'….. He did!  Inside this old farm house is a show-place.

We are still considering the coach. I don’t want to get into something with Sherry not fully aboard. We are a team. When I asked if she was aboard on the idea of another coach. Her answer was, "I do like the coach, so I am with you as long as you can stay under $xxx,but I doubt if Dot or Dick will consider dropping that far."
Nite Shipslog
Old Dick is my age. He probably loved these cars in the 1950s. 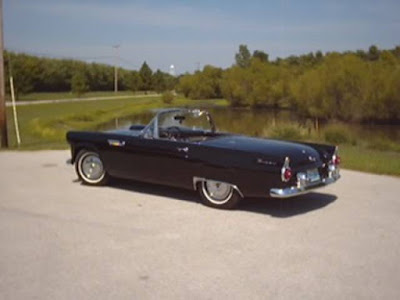 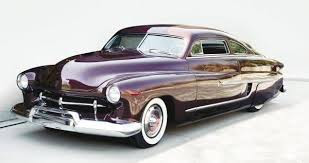 Well - it seems to me a little problem there. I don't want to get involved in this one - but good luck@! sandie

They seem really nice and friendly and definitely hard workers! I can't imagine lifting those cans like Dot did! I know you and Sherry will make the right decision TOGETHER about the new RV. Fun in the meantime to think about it and plan just in case it does become a reality.

The dollars may not be right on this particular one, but I'm sure it is not the only coach around. Nice anyway that you got to know some very nice people. We have all kinds of RV Sales places around her and I suppose you do too. Don't give up, if that is what you want. It's a beautiful day here in Ohio and I'll be going to a party for one of my granddaughters. Hope you two have a wonderful Sunday too!

I'm sure you will find the RV you both like I say go for it and enjoy.

Dick and Dot sounds like an exceptional couple; and I think you and Sherry have a knack for bringing out the 'cordial' in others. :) It would be nice if y'all could negotiate a mutually-satisfying deal … but if not, like Ma said, there's probably plenty more to be had.

Im sure together, you will find the perfect Wheelestate. Me and Nick are the same way. If both have to agree. Of course, Im usually more agreeable than he is. It’s great when married people make sure both agree. You two kids are the best.
Lisa