Sweets vs the salty (or the not-so-sweet?) 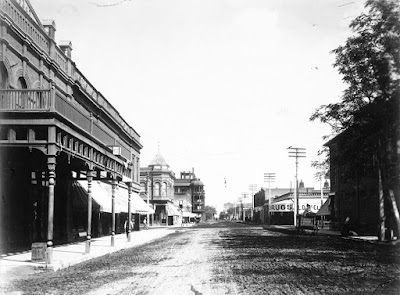 My family prefers sweets. I am sure the prevailing flavor is chocolate.

I like p-nut butter on soda or cheese cracker to an Oreo.

That is not to say I did not eat my share of all  the homemade Ice Cream we churned as a kid. But I did like the salty ice we churned the ice cream cylinder in.  I must admit I think the only churned Ice cream I remember was Vanilla.

Now in candy bars, I think Snickers was my favorite, followed by the salty p-nut roll and the peanut plank.

Neither Sherry nor I have had diabetes. My Dad and some of his brothers had SD, but dad controlled his, he never had insulin shots.  He listening to mama ,and eating what she cooked for him kept him from having to take a shot.

I have no idea why I wrote this. It might be because many people think I am odd and I wanted to know if I had company??  hahahaha
.
Nite Shipslog

PS: One question. I have always heard and said the work muscadine, but every time I type it my spell checker says it is supposed to be Muscatine.  IF that is right, I have been very wrong for over 75 years.  So I ask you, what did you call them?

I'm not sure I would want this mural, someone might try to drive the road!

Grapes - lol.
I like sweets.
And your diet is why you are probably so healthy.

Called them grapes too :) Older I get the less sweets I like compared to when I was younger. I like cake over cookies but only certain types of cakes. Used to love chocolate now it can be months between having some and I'm okay with it. Good you guys don't have diabetes, terrible disease to have!

I like both he sweet and the salty. Truly there isn't much I don't like. This time of year when so much fresh fruits and vegetables are available, I probably eat healthier than usual. Every thing tastes better when fresh.

My whole family loves fresh fruit and nuts of any kind....cake's ok but only certain ones. And then there's pie, pie, pie., especially fruit pies. For a quick snack tho, almonds and peanuts are favored or peanut buttered saltines.
You started something...........LOL
loven'hugs from up in our wet, humid north

I love fresh fruit, I cannot have Grapefruit Juice due to my Heart Medications, when the make it they grind up the rind and seeds and it reacts with my Meds. I can however have real fresh Grapefruit ! I will however give up fruit for a fresh Southern Pecan Pie or Pecan Praline Ice Crème, LoL !!! Hope you 2 are still "Swinging and Walking and Talkin" !!!!

We always called them grapes ... I notice down here folks say muscadine. (And I was so dumb, at first I didn't know what they meant!)

I love a slice of cheesecake or an icy tablespoon of peanut butter ... but I don't CRAVE sweets like I do salty stuff. And better not ask if I want a chip unless you're ready to give up the whole bag. That's my Achilles heel, for sure!

Well dern. I Know I commented once already and now I do not see it. Wonder how often that has happend?
Anyways , what I was saying is, Im like you. I would rather have bread or crackers anyday. I like chocolate sometimes and Snicker is my favorite candy bar. For ice cream, I like butter pecan and anything thats caramel flavored, I will eat!

Oh and I remember, We also called them scuppernongs, but there is a difference. One is Green and one is purple and I forget.

called them grapes. i have diabetes and can still eat some sweet things if i monitor myself.

I bought the bronze the other day and they say muscadine and the dark ones did too. But I called them scup’lins 😊
Sheila