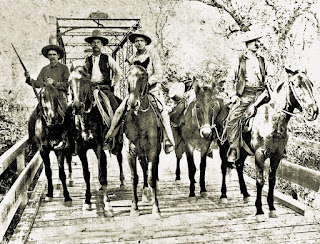 I have used scissors since I can remember. I try to keep some scissors in the dash of the car. We usually have three or four pair laying around. A couple days ago I finally threw away a pair I could not get to cut cloth well when making rags. I reverted to the razor knife. 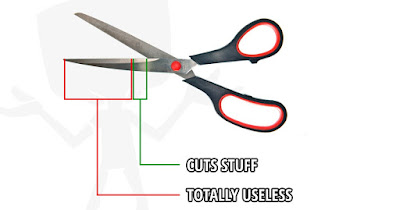 Many things are disappointing when they don’t work, and scissors are up towards the top of the list. You know, when you are cutting paper or clothe and the blades go together but the paper or cloth is only wedged between the blades.

Well, the other day I was going thru Sister Shirley’s stuff after she passed and needed to trim something. I grabbed the closest thing which was a funny pair of scissors. When I used them I could not tell when they cut. Surprised, I kept cutting different materials, the scissors went thru them all like a sharp knife in soft butter. 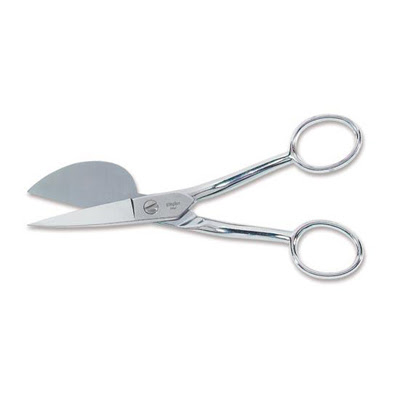 I checked the name, it was ‘Gingher’ made in Germany. I brought them down to the motor home and asked Sherry to try them. She didn’t know if it was a joke or not, but cut a few things. She was as amazed as I.

Without asking your opinion I will give you mine. I thought the most expensive scissors would probably cost maybe $25 on the outside. Well since the internet was near I googled ‘scissors’. Color me SHOCKED when I learned some pairs go up to  over $1200.00. Those happened to be barbers scissors but I don’t care, I was in disbelief.

The Gingher brand  above is $60. They go as high as $98, but the particular pair from Shirl’s stash was $30.  ANYWAY the reason for this entry. Am I the only one who had no idea some would pay over $1000 for scissors?

Quotes from a Salon Forum:
….I remember I was offered a pair of scissors and fell in love with them but they were over a $1000! I really could tell the difference but couldn't justify spending that much money, imagine someone else broke them, you'd have to kill them.

…."Vogue Hair Design is raising the temperature at the salon with a pair of £4,000 heated scissors. The scissors, which have appeared on BBC's Tomorrow's World, claim to banish split ends forever. The worlds most expensive scissors, are heated to suit the clients hair type and seal the hair shaft to prevent split ends."

I dunno if this helps... I'm not even sure those are the most expensive scissors but if they are the conversion would be = $7,965.27

I will never use a  pair of scissors again without a lot of respect!

I didn't realize scissors could be that expensive but my lovely wife did. I guess the ones pattern makers use are pretty expensive too.

I'm going to sign up for your blog one more time. It's decided to put me on the naughty list and does not send me a notification when you publish:9

My mom will spend a lot of money on a pair of sissors. It’s an important tool for a seamstress to make money. Same with hair dressers. On the other hand, I am shocked when I see how much a good pair of “man” tools are.
We used to get in so much trouble if mom caught us using her sissors on paper. Cutting paper will dull them. I will not pay over 10.00 for a pair but I only cut yarn.

Wow, I can't imagine spending that much on scissors but if they were the tool of my trade then I probably would. I like Fiskars; they always seem reliable and don't dull much if you cut paper with them, which I'm notorious to do. I was just thinking the other day I should get some child's safety scissors and start introducing that concept of cutting to the wee one :)

i never gave much thought to spending that much on scissors. but it sure is interesting that some folks do.

I know there are a lot of different kinds of scissors out there but never came across any that cost that much. I do make sure never to cut paper with my sewing shears as then they would not cut cloth. I also know that you can not use hair scissors for anything put hair as that will dull them. I keep different scissors for different uses. They last a lot longer that way.

It's taken me long enough … but NOW I understand why mother was so careful to segregate her 'paper scissors' from those in her sewing room.

'Have to admit - until I went looking for something to trim the dogs' faces - I was deaf, dumb and blind. I'll bet professional stylists, etc. simply deduct that cost on their tax returns … so it all works out.

I might spend $30 for scissors but no more than that - I have so many cheap scissors around here - and yes I get frustrated.