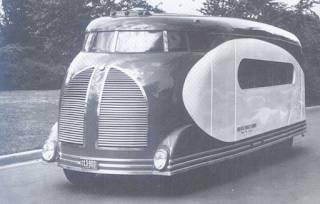 I had heard something about cats and diseases.
We unfortunately do feed Disco good table scraps - if we get another dog we will not - he begs all the time.
Sorry about your nephew.

Learned something new again; didn't know about much about cats, but I confess to feeding my pup "treats" along with his puppy food!

I've always heard vague references to cats, but nothing specific. What a tragic choice your nephew made!
I try and limit our girls 'people' food to 1/2 (each) of a hard-boiled egg and/or a little shredded cheese. Mr. Softy (aka, Tom) on the other hand is constantly sneaking them pieces of his dinner. Last night, for instance. He gave Grace a bit of cheesecake … then, in the middle of the night, she threw up right next to my face. No fun!

Ive heard of people getting infections from cat scratches but never heard of anyone getting a disease from one.
Most people do not give their pets table scraps because it may cause them to beg or not eat their own foods anymore. But Stormy is wild so she used to eating anything she can catch. She will appreciate some good human food.

There's got to be something to that with cats and diseases because I know when my DIL was pregnant, she couldn't change the cat's litter box. Now I'm worried about Stormy again. We feed the corgi we used to have from the table. Mistake, especially with corgis since they are food driven. If we get another dog, we won't do that again :)

Yes, there is a lot of disease that can be contracted through cats. Pregnant women are warned to stay away from them. I know one of my son's changed the kitty littler box when his wife was pregnant. Good always to wash our hands often. Sadly many do not. But it's such an easy way to to prevent illness. Sorry to hear about your nephew. How sad he was recovering from one disease and caught another. Best to head warnings when we get them.
We got snow here today, Ha !
Love and hugs,
'ma'

sad about your nephew. i have owned cats for over 40 years and never had a problem. the one feral cat i befriended did die when we tried to domesticate her.

On one bitter cold winter day, we coaxed a feral cat inside, she became ours for awhile, when we later found out she belonged on a neighboring farm about a mile away. We let her go but she refused to leave. The kids didn't mind. And yes, sad to say they are guilty of many diseases. Perhaps because they have wandered many places of uncertainty. It was a risk taking in our Midnight but it all turned out ok. I, too and sorry to hear about your nephew. Leukemia is nothing to fool around with.
love n' hugs from up north where the sky is gloomy today with promise of rain and warmth by the end of the week. Smiling! Have a blessed week my friends.