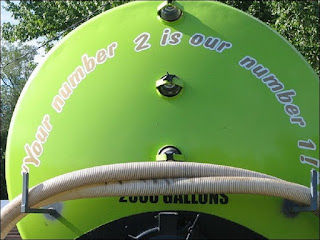 When you have a crappy job, at least you can have fun!
Now:
I was just reminded of a word I despise, Alzheimer’s. Before that, the most despised word in my vocabulary was cancer.  Now they both tie for the top hated spot. If you have time this is a sweet entry by Sean.
https://seandietrich.com/march/

When (not ‘IF’) you are associated with either word, you will learn heart breaking things, you will learn quickly that life can deal some tough cards. But we play what is dealt.

Some fight and win with the danged cancer word, but no one wins against the ‘A’ word. With C, the fear of that one stinking ‘mean cell’ hiding from the surgeon’s knife survived, and it haunts a mind. With A, there are no wins. From my sister Shirley’s friends, I still hear, “Shirley’s death shocked me, she was the life of the party!”

She dropped out of sight for months, knowing her mind was leaving her. She did not want anyone to know that things weren’t right, it is normal to hide, and she did. Shirley would say to Sherry and me, “I am losing my memory, AND IT WORRIES ME TO DEATH!”

I am haunted. Not a good word, BUT I am at times floored mentally still seeing those eyes at the end, confused, pleading and trying to say something. Trying to ask, ‘what is happening?’ All I could say was, “I love you Shirley,” over and over. She was dying and the dementia had added to the confusion.

We cry, even knowing we did all we could. (I still say to myself, I could have done more! I think everyone does.) It is not as fresh, and the pity parties are less.  I know life is good. I keep telling myself, I have it made, many people are much worse off, with bigger problems.
But…………………
Nite Shipslog
Posted by jack69 at 3:40 PM

I read your Post with Sadness, My Oldest sister Janice is now in Dementia, she is 85, carries around a Life like Doll, She is going into Alzheimers Stages, She is a Beautiful Lady, Lost her Husband to cancer 9 years ago, she was living with her daughter but can no longer do that due the dangers of falling ! Her 2 sons living can not take her home with them, 1 lives on the Canadian Border and the other lives in Jupiter Florida! The other son passed away from a Heart Attack. It saddens me to see her all curled up in bed like a baby or just sitting looking off into the distance ! So Sad.

My mother had dementia (back then they didn't call it Alzheimers) and lived with me for 4 years until I could no longer do it. I had four little kids- 3 under the age of 5. It was so difficult for her and for us. In the end, she went into a small home-care place and was taken very good care of but had no idea where she was -who we were- what was happening.
God bless anyone that has it and the family that deals with it.
At least with cancer you sometimes have a chance. My hubby is LIVING proof of that after knowing that only 3% of people with his type of cancer survive. He is cancer free three years now.

This breaks my heart. I hope and pray that you can find some peace with her passing. I can only imagine what its like to loose someone to such a disease as this. I have not experienced it in my family. I have lost a sister in law to agressive cancer but thats it. Well, thats enough.

Hugs to you
Lisa

I know this was heart breaking for you and a shock. It seems like the memories keep coming back to you. You loved her and did everything you knew how to do to take care of her and that hideous disease. She knows that. sandie

I read Sean's blog post. Very touching. Made me appreciate that so far I have been spared having anyone in my immediate family be faced with that terrible disease.

You and Sherry were there for Shirley. When you knew she needed you, you came running so to speak and stayed until (sadly) the "bitter end." She might not have understood all that was going on around her, but she was surrounded by those that loved her. From what I read that you shared, I believe you were a great advocate for her. I'm not sure there is anything more you could have done because the disease had already taken its toll.

They are terrible words for sure. They leave us so powerless. There has been both in my family so chances are I could have one or the other someday. No one touched by either one of them ever comes out the same. One of my sons is a cancer survivor and I can remember the day we did a happy dance together when he was pronounced cancer free, My oldest died from a fast growing brain cancer . We never know what may happen in life, but I try to always be thankful for each day that comes. I do know the pain of loosing someone you love. Try to remember those happy times and forget the sad ones. Our treasured memories of them remain in our hearts for ever.

Remembering the pain of watching my Dad age through all the stages of Alzheimers, such a horrible disease and now Mom with progressive dementia. It's heartbreaking, I know how you feel. Shirl is in a better place, as difficult and challenging it was for you two to help her passage, no one could have done it better. Time will heal and you'll see her again in a happier place.
Love,
Glenda

There's no way I can say what's not already been 'voiced' above. Only last evening a former coworker wrote to say a mutual friend is in a bad way with that despised 'C' word. My heart still hurts for you and Sherry. I hope you won't second guess any of your actions and that 'haunted' feeling slowly fades. But please remember, there's no time-line on grief. Be kind to yourself. We love you!

Well said Jack. Those two diseases are heartbreaking.
We have a friend in Jilda’s yoga class and she recently lost her husband to the A.
He was 10 years younger than me.
Watching her watching him broke our hearts.