And then there was Corey 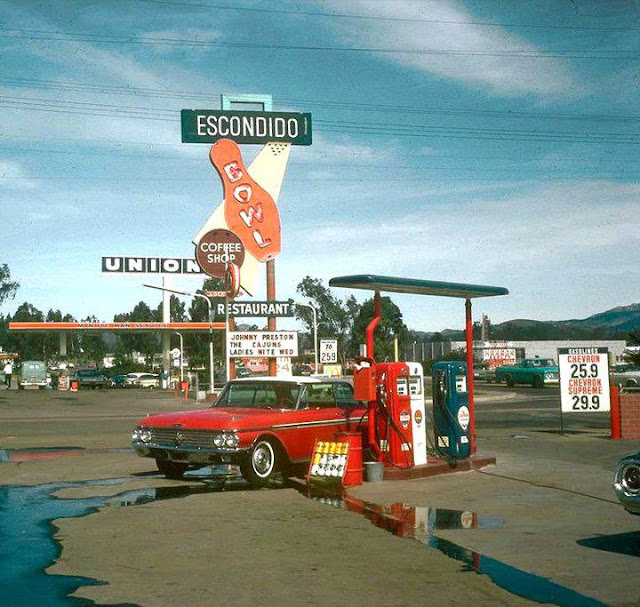 Corey came into our family when he was about 5. He came in with his mom Carol. He was a precious bright red-headed little guy.

Corey and  Scruffy the German Shepherd. 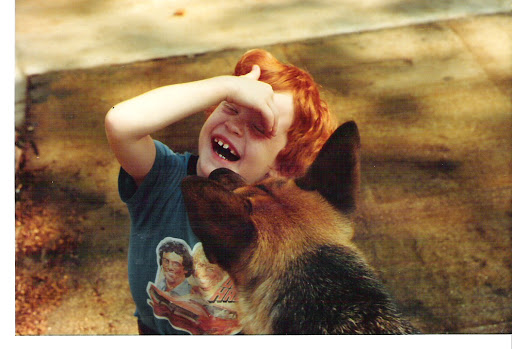 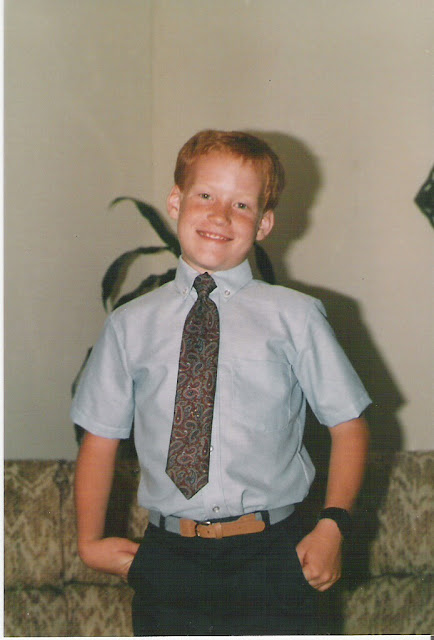 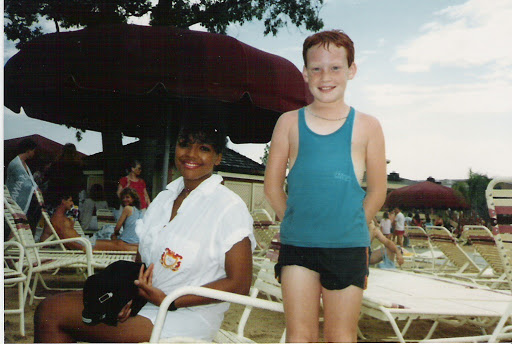 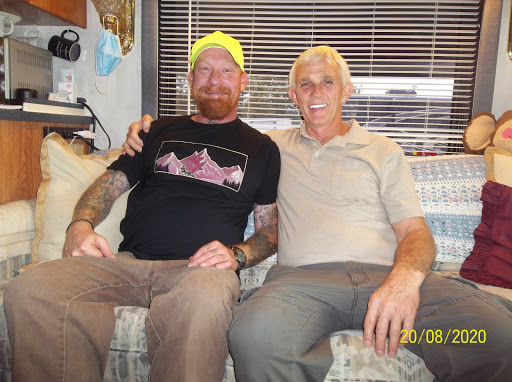 Corey made it down to the RV and we have had a wonderful time. Lots of catching up to do and it was such a pleasure to see him and his dad.

He is a man now, and a truck driver out of Portland; we are very proud of him. We have enjoyed all the building stories. Stories of building in the North Dakota  oil fields. He was the supervisor for building million square foot apartment buildings for the workers. He remembered 40 days of -40 degree weather.  He also worked in restoring the ‘early Portland Homes’. I listened; I enjoy hearing about construction stuff. 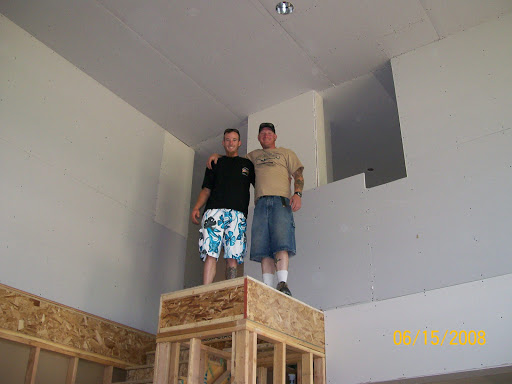 Above is Ben and Corey when they were building the house below in 2008, before Corey left for N. Dakota to work 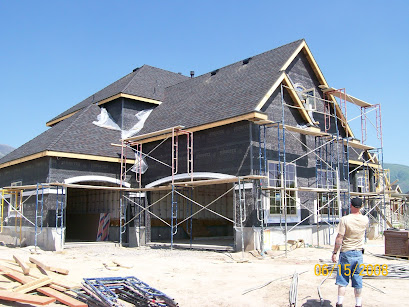 I did not want to end on a negative note, so I will enter it here.

WE are presently still in Salem. We are learning by seeing, the huge homeless  situation here on the West coast, it is pathetic. They have some ruling that camping on public/state property is allowed. There are tents and tarps under most bridges and some fields of 10+ acres. Problems with defecating in public.

Now a FLASH BACK for Friday.

Jack Jr and Sherry went to Antelope Island the last couple days we were near The Great Salt Lake. Here are some pictures from there: 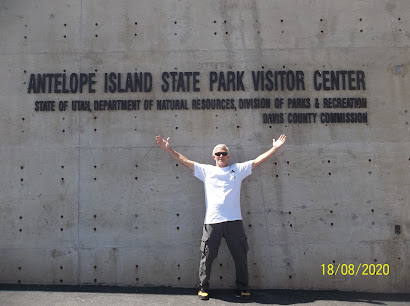 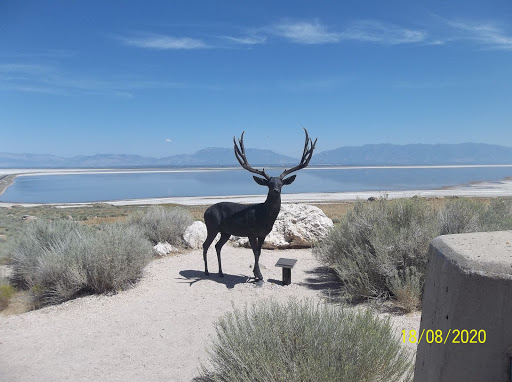 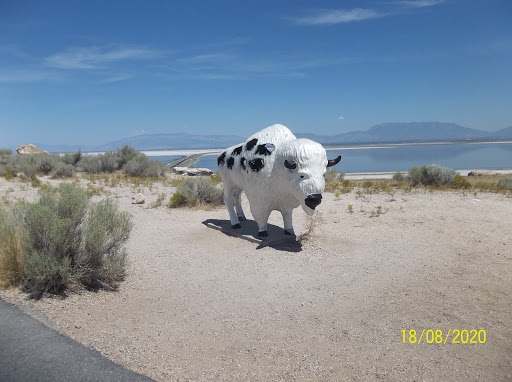 One of the several live Buffalo they saw. 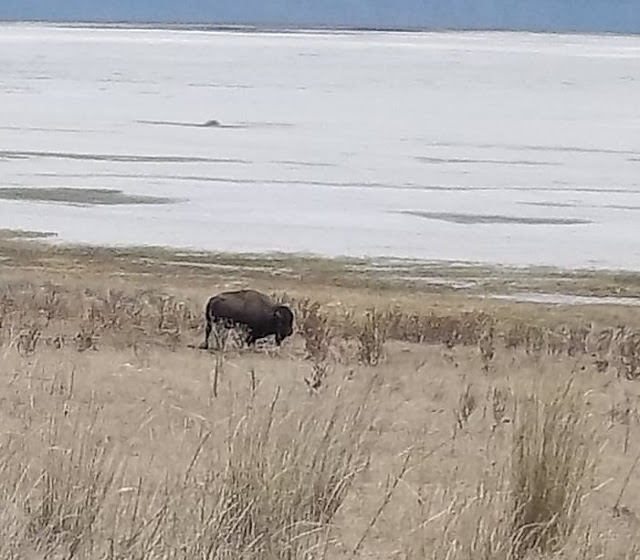 The movie "Covered Wagon" was filmed on the island and they had enough Buffalo for a Stampede to be filmed. 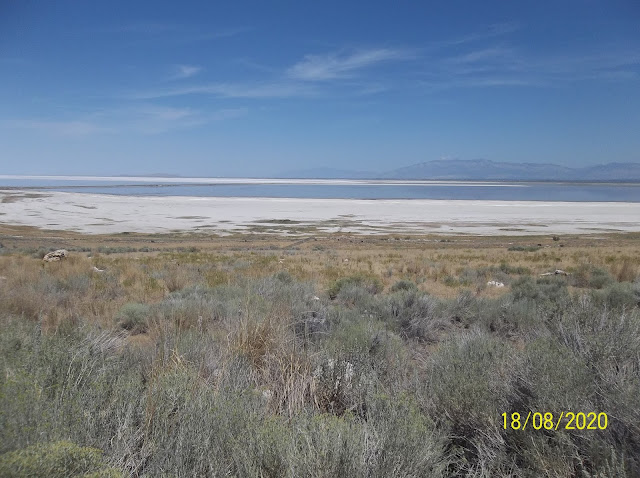 View over and the causeway to the Island. 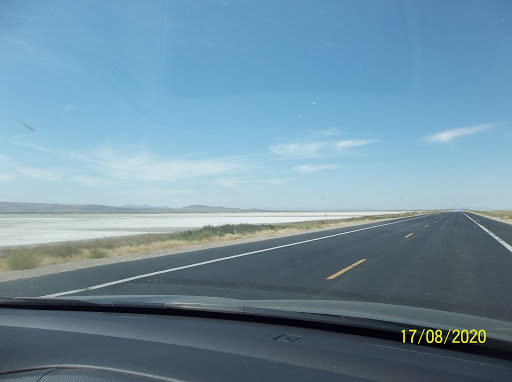 Thanks for stopping by the Shipslog, we appreciate it.

I enjoyed seeing more pictures of the salt mine.
Corey is adorable ☺ - and I can see why you are proud of him.
I am sad about the homeless - I bet it is hard during Covid for them.
Sandie

The photos are awesome, Antelope is especially beautiful. Loved the pics of Corey as a youngster, he's had a remarkable career life already at his young age! Looks like y'all are having a wonderful time. Hugs from Chobee, Glenda

Now I know where the dear and antelope roam. I didn't realize there was an Antelope Island. Truly something to see. Corey is a wonderful grandson and so nice to see the picture of Jack Jr and him together. What great smiles You can tell that they are happy ! Yet another builder in the family? I cn imagine you all had some good talks. Sad about the homeless. It's nice they can camp in the parks anyway. Take care and enjoy the visit. It's getting hot in Ohio today maybe 90 degrees they say.

What an adorable child!
So glad your visit's going so well; love seeing his and JJ's smiling faces! ... but man, those conditions with the homeless population have to be difficult to witness.
I'm anxious to see what's the next leg of your Magical Mystery Tour! Stay safe!

How awesome the boys were able to reunite. It's so apparent, the love and happiness between them. Why do the kids move so far away, but I suppose for better work opportunity. Then to see all the sad life under bridges, lives lost and wasting away. Your positive notes were worth seeing, the island, the statues, the live buffalo. I love that. I wonder if the white buffalo was replicating a real one.? They say it's from Native American folklore. I'm so glad you had the chance to hear more building stories. It's sure large scale isn't it. Thanks again for taking us along on your journey. It's been so fun.

Those were great pictures of Corey over the years! Glad you guys had a chance to visit with him. Seems like a fine young man! Loved the pictures of Antelope Island. That would be a great place to visit. It is really sad about the homeless population here in Phoenix and in San Diego when we lived there. There are tent cities here and there too in San Diego. So many homeless. I feel for them all the time but this year I really feel for them since so many places are closed that they used to go to in order to escape the summer heat; like the library and some fast food places don't have their dining rooms opened yet. The other day we were buying dog food at Pet Smart and outside of it was a homeless man. I bought him a meal. I couldn't bear the thought of feeding the dog but not giving a meal to an image barrier of God.

stay safe in your travels

Your Corey is a sweetie. Love little red haired boys. Good that you could have a bit of family time with him. Yikes. street people...never know what to think, are they there cause they want to be, or really hard luck, or drugs/drink. Sad for those who do not want to be there. Stupid of the authorities to think grouping homeless would not cause sanitation issues...they need to get real. Be safe on your journey. Blessings to all, xoxo, Susie

WoW, Great Pictures, Is it as Bad out there in areas as they say it is, hard to imagine as the News does not show any of it, they make it seem like it is Paradise out on the west coast !!! Enjoy Yourselves but behave, Good to be home in my own bed and sending out Love and Safe Travel wishs ! Love, Gary an Anna Mae

The situation is Portland is so sad. My son won't go there for now. He'll stay in the burbs! Your Grandson Corey is still a smiley red headed cutie! I'm wondering why he was with Kim Fields..just a happened to be in the right place at the right time photo? Very cute! I'm glad you've had this time to enjoy the trip and see family. Stay safe out there! I've enjoyed this trip a lot and feel like I've been on the road with you guys!

Good looking boys. Glad you got a chance to see him. I know it is sad to see some of the living situations. Kim Fields was always a cutie.