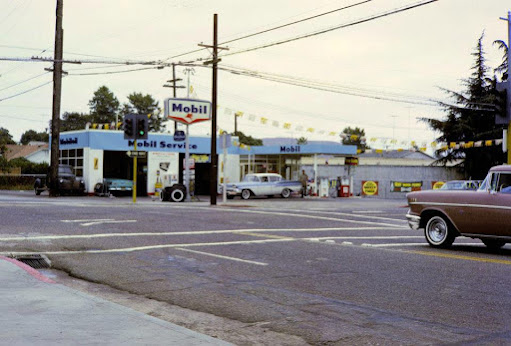 When we began traveling we chose back roads in our travels. That was great until we learned tire problems on a big RV, such as blowouts, are no fun on a two lane road, so we migrated to Interstates with the coach and back roads

This is a non-travel day here in Eastern Michigan. I always thought it would hard to go east of Michigan, but there is ‘some’ Michigan out here. I am sure that is what is meant by the term ‘Pure Michigan’, most of the people I know think of DETROIT when Michigan is mentioned. 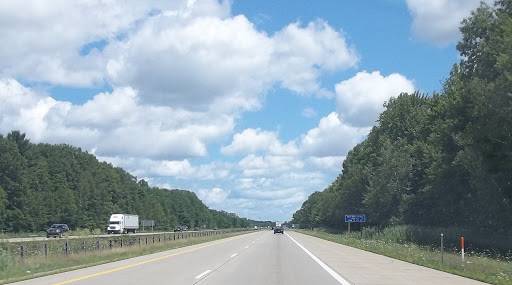 This was the view 10 miles from the Bridge to Canada. Not much traffic. 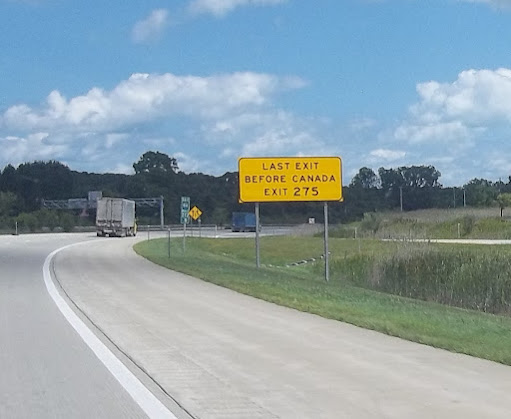 Then the warning this is the last chance, LOL.

Below was listed as a public beach, it was about 100 feet wide with two couples and a dog. 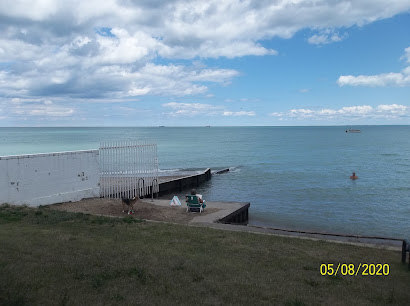 That is Lake Huron, those small irregulars on the horizon are sea going vessels and it is over 100 miles across this lake. I tried to blow them up in the next photo: 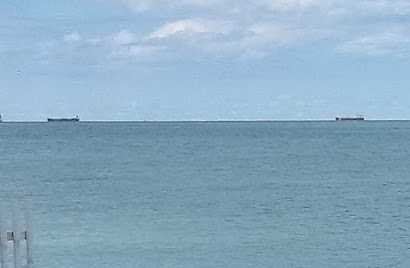 WE characterize many states by important cities, i.e. New York City IDs NY to most folk. I was pleasantly pleased to learn that MOST of NY is farms or small town. I met a super nice guy while in Florida, older than I, who was a farmer all his life in Northern NY. His sons now run the GIANT farm. 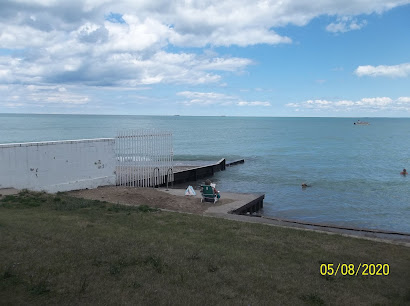 All that aside we have learned MI is the home of some wonderful people, not just the ones who migrated here from the south at the peak of the Auto Industry. Our son learned they served grits up here.  He was surprised, much of the ‘southern tastes’ are found here because of the thousands of southerners who came here to work. Sherry knows many families from Belmont that moved here for work.

Finally, for folks like me, Myra hit it out of the park about the size of the lakes.. When I hear the word lake, the great lakes do not fit what I see. They DO appear to be an ocean to the neophyte. It is hard to picture a body of fresh water THIS BIG!

It looks pretty there! Good to have no travel days built into your schedule to enjoy the local scenery!

The lakes are huge up there and pretty. Glad you had a day to relax.

I thought Lake Mi. looked like the ocean when I first saw it. Hey flat tires are no fun on any road. Too scary. Have fun , be safe. Blessings, xoxo, Susie

I spent the day at Lake Erie and I grew up near Lake Michigan and yes, they are big and remind me of the ocean. I hope the rest of the trip doesn't include tire or vehicle problems! Love all the photos! Stay safe!

Yea, our Great Lakes are something amazing to see. Having live close to Lake Erie all my life we tend to take it for granted but it is something to behold. Lots of tourism and trade take place here. There are lots of ships big as ocean liners taking wares back and forth and small fishing boats too. Glad you are enjoying it all and having good weather from the looks of things in your pictures. I have friends in Michigan and they love it too.

Aw, thanks for the mention! Now you've got me trying to recall what I do remember about the Great Lakes. For sure, Gordon Lightfoot's ballad about the wreck of the Edmund Fitzgerald. So much history!

PS - I'm surprised and tickled that the North's finally discovered one of my favorite breakfast dishes. Matter of fact, per Sandra's request I'll be sharing a previous post I did about grits.

Umm, guess my last entry didn't post; just so you know: I read this. Thank you for sharing your trip. Hugs from Chobee; love, Glenda

Nice Pictures, Interesting, Glad they had Grits, i like em ! Enjoy your travels, thanks for the Pictures ! Safe Travels, Love from the East, Gary an Anna Mae

The Great Lakes are perfectly named~~~~~~~GREAT!!!!...we've enjoyed many camping trips and travels to Lakes Superior and Michigan. I marvel at their size. Of all the times we stayed, we found that the best time to step foot and body in Lake Superior was October, finally to shore was warmed enough by the sun. It also felt like therapy because it was still so cold. We loved searching the shorelines for agates. They're beautiful if you find a split one to see it's many colored layers. Thanks for bringing back fantastic memories at just the mention of The Great Lakes.
love n' hugs from up north while you safely continue your travels up here in God's country. The scenery is something to behold

pure michigan is home to us. where we got married and worked. the lakes are beautiful and the towns that border them are a priceless commodity. glad you enjoyed your trip. it's a nice place to visit.