Car In our Last park: 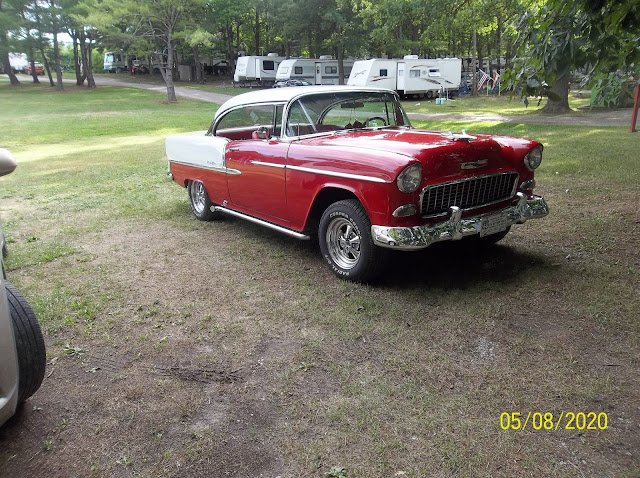 We took a walk before we left St Clair, the car above was in the park, it is a beauty.

We left ST. Clair at 0800 yesterday. We drove I 69 a road we had never been on, it was smooth for about 30 miles then turned rough… 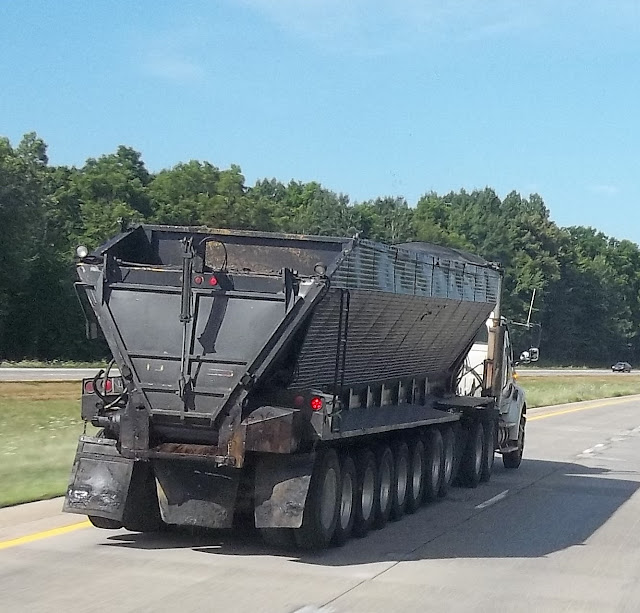 Lots of farm land. We drove past Flint, Lansing, Grand Rapids and Holland; much farmland and just plain pretty country. We attended a Tulip Festival once in Holland. This year, due to the pandemic, no festival was held. 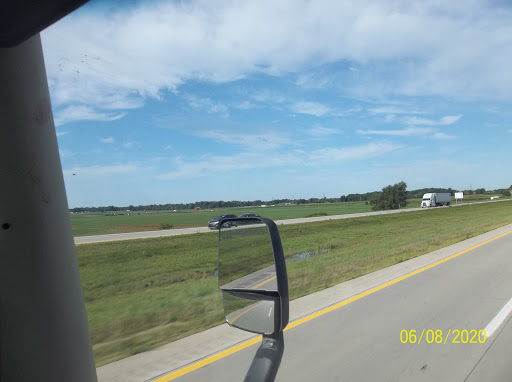 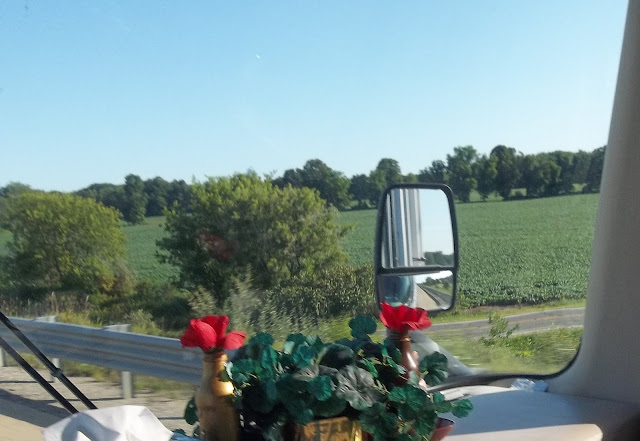 No sky lines but these two shots from Grand Rapids because we were detoured thru town. 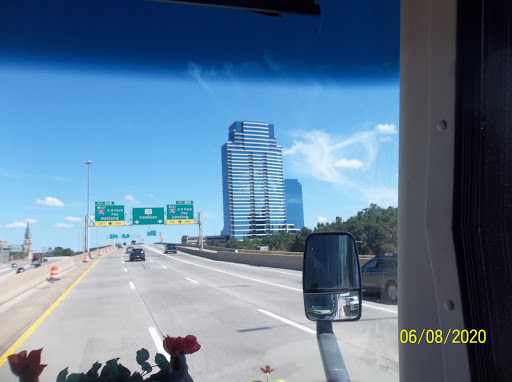 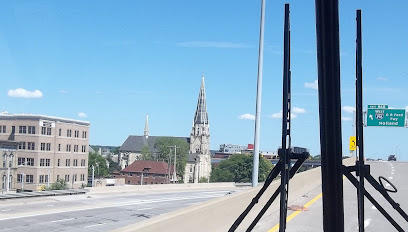 We switched from I 69 to I 96 to I 94 good highways (mostly). We drove along the East coast of Lake Michigan but never saw it, I was disappointed. Years ago we visited St. Joseph and enjoyed the Lake bunches. 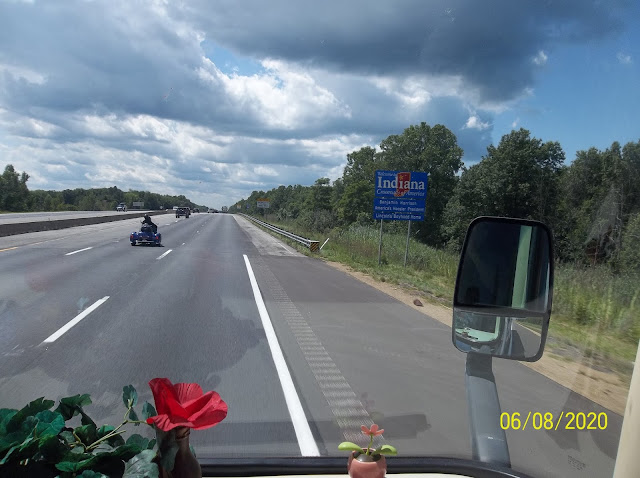 From Michigan we entered Indiana. JJ was driving, Sherry was co-pilot and I was on the computer looking for a RV park for the night. We slowed down. Sherry said we are stopping for fuel at a Flying J here in Gary.

That’s when it happened….. I was at the pump, Jack Jr. said, “Hey dad, there is a bad leak under the engine.“ OUCH. It appeared to be transmission fluid about a gallon. It turned out to be Diesel; A broken fuel line to #2 injector. JJ & I got the flooding leak down to a dribble,to move it from the pump. It appears to be much less of a problem than transmission.

So here we are at Gary, Indiana awaiting a tow in the morning to get it taken care of, yep on the road, IT HAPPENS.

Life is good, we are safe and Sherry fixed a big supper, Pintos, Cornbread, cabbage and salmon patties. We have the generator running. Flying J says OKAY to sit here waiting.

PS: Not sure of today on the internet. I do hope we are out soon.

Well at least it happened in a city and not on some country road! And at least you 3 are safe and sounds like you all had a delicious dinner!! These things happen. Get it taken care of and then "on the road" again :)

Betty was right - I am glad if it had to happen that you were somewhere safe. Sorry about that. Just a little delay. . .

Well, Betty certainly hit the nail on the head with her observations.
Gotta say, you deserve an award for having the Best Attitude when things go awry. Yep. If push comes to shove, I want to be in the same lifeboat as y'all!
Sending good thoughts your way for a speedy resolution!

Beautiful country! Thanks for the ride-a- long. Your co-pilot did a good job getting you off the road in time. Hope it turns out to be a quick fix so you can get back your journey. Keep safe!

Nice Entry, and Pictures, Well, a fuel line I think is better than a Tranny Leak ! But I am guessing on that ! Glad Jack Jr. caught it before you headed out on the Road. Dinner sounded delicious, I love Salmon ! Hope your "Back on the Road" shortly, Safe Travels and good sight seeing ! We are taking a day off !!! sending Love from Back East: Gary & Anna Mae !

Oh my, yes it happens when we least expect it. At least you were in a safe place when it happened and not long side the highway someplace. Hope help comes quickly and can get you safely on the road again. Try to enjoy the scenery for what it is . They say everything happens for a reason. We may never know the why. Take care and be safe !

Yikes, I would not even want to begin to change one of those tires. That is insane. We seen them with a lot of tires but never that many. No wonder the roads are rough. LOL. Love that chevy. I sure hope and pray you guys get help and can continue your trip. Blessings, stay safe. My father would have loved Sherry's supper. xoxo, Susie

Good luck Jack! I hope all goes well and you get back on the road soon!

saying prayers the problem can be easily fixed. know it puts a damper on your trip. stay safe.

Yes, safe travels to ya'll as we detour for help a little bit. Otherwise, still enjoying our trip via online with you. Loved the 55 Chevy Hardtop, oh my, what a beauty~ and me too, love what Sherry cooked up for your supper. Another ' OH MY.' Stay safe and healthy on your adventure. I'll bet Jack Jr. is enjoying it as much as you. I love that he's helping you do the driving.
loven'hugs from up north where were blessed with another inch of rain. The creek was only running every other day, it was so dry. A shower, and I'm back out to the cabin for another night.

Prayers for safe travels and no more mishaps. It does happen, I think I have a story to tell at my blog now about a little Kansas town called Sharon Springs. Enjoy your travels and glad you have your son along too. Take care all. Sweet Dreams and smooth driving across America. HUGS to all xo xo xo