Isn't it amazing how much attention your car got at 25 cents a gallon! 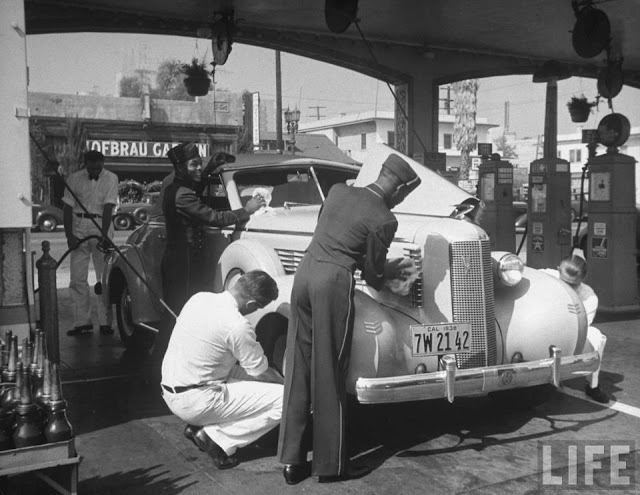 We usually have a destination, but we are not destination oriented completely. After a few years of the normal camping life, we decided what we really wanted to do was see this country. We set out to travel 300-400 miles and get a camp site for a week and explore in the area.

That idea was stamped on our life by a man who parked in the same trailer park we lived in in Kirksville, MO. He left his trailer and took off in his camper truck. Sometimes he was gone a day and others a couple days. Sherry learned that this was his ‘base camp’ for a couple weeks as he explored the area around.

That was a great idea for us. At that time we preferred local, state, national and Corps of Engineers parks. They are more ‘outdoorsy,’ campfires and such.

BUT this trip IS destination orientated.

Our first destination was Ypsilanti, and Sherry’s little brother Johnny. Then here in Layton, UT. 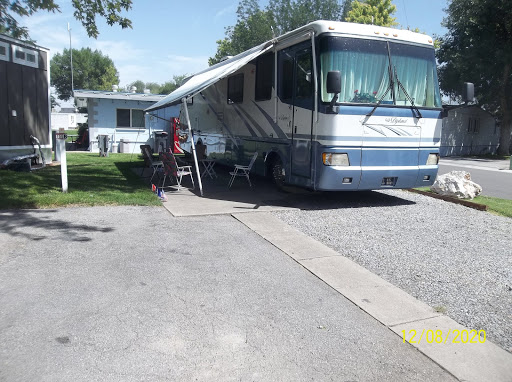 WE are at the second destination. It is Layton Utah and our grandson Benjamin Aaron and his daughter Elsie Mae.

This is those two with proud daddy Jack Jr. 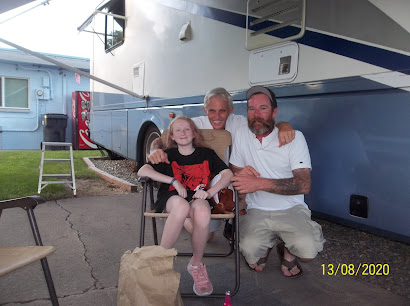 This is our view from the port side of the coach: 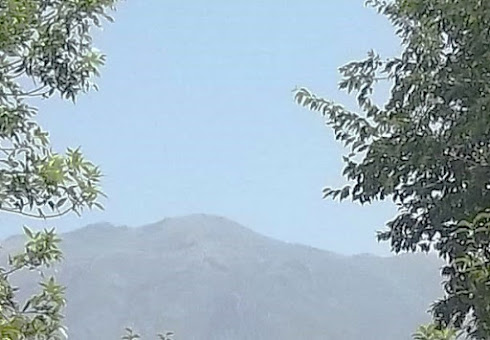 (I had some great pictures but deleted them by mistake.  I hope to replace them and you won't see this note) 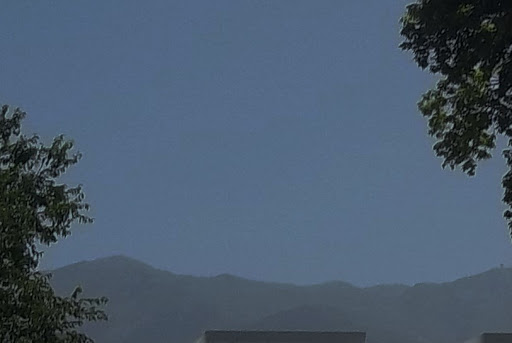 I didn't replace the ones with the fog, but this is a little later down the road. Looking at the Wasatch Mts. 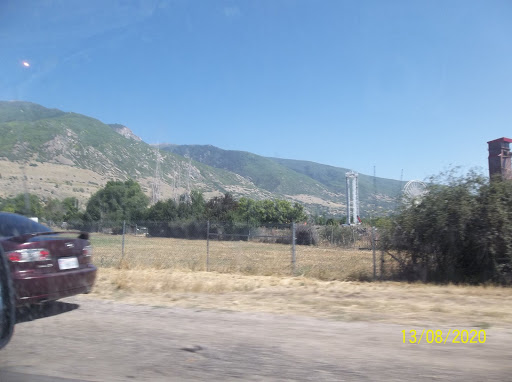 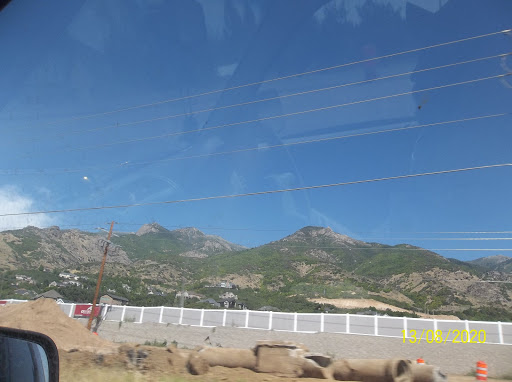 We drove out here because of the pandemic. Normally we fly them out to NC to visit their extended family there. But this year was too confusing, so we drove out.

My family gets a little upset when I say this could the last time we get to see them (in this life), after all Sherry is now in her 80s. (I have heard, by way of the grapevine, that 80 is OLD!)

We have had some great visits with Benjamin already.  Jack Jr. has had a chance to take his Granddaughter Elsie Mae shopping and to the ‘Lagoon’ a theme park.

We have a sweet friend here, Joan, who just lost here hubby Richard. Also a former wife of JJ. Due to the Pandemic we are not sure of visiting anyone (without an invite) not knowing their position and feeling about visitors. I will not put someone on the spot by asking, for fear they would agree (not really wanting to) and something untoward happen health wise. We would feel terrible.

This pandemic has been crazy. I got a kick out of the graphic by Susan K today.

Now I see why Jack Jr. took the trip with you. What a happy occasion for both of you. He with his grandchild, you with a great grand. Theses days tea are never sure of who to visit who to stay away from, but safe distancing and mask will help to keep you safe. Hope you keep enjoying all those special moments !

Oh! Would you look at the happy expression on JJ's face! Elsie Mae's sure grown from the last photos I saw. (Ya, kids have a habit of doing that. LOL).
I, too, would not be comfortable asking a loved one to fly. One of the ladies in Bible study has a grandson who pilots for Delta who told her, "I could tell you some horror stories....".
Have fun?

Whoops.... not sure WHERE that silly ?mark came from. Trying to type this on my phone's keyboard.

Great pictures of your family Jack! Beautiful scenery too! It was good that you went to visit them this year instead of flying them out to you guys. This whole year is a mess but it seems like you and Sherry are trying to make the best of it!

What a Great time for Jack Jr to hook up with Family. Enjoying the Trip an Pictures an comments. Looks like you are seenig some country ! Enjoy and stay safe and Healthy ! Sending Love and Good Vibes, Gary an Anna Mae

Mevely beat me to the punch, I was startled to see what a "big girl" Elsie Mae has gotten to be! They all look so happy; y'all have enough FUN together to last until your next visit!!!
The scenery is wonderful, enjoy. Hugs to all from Chobee, Glenda

Your destination was so worth it, I'm sure. What a beautiful family you have. We aren't getting old just yet, when we can still travel to see family. I loved this. And yes, look at all the service back then....and 25 cents a gallon seems unheard of but I recall Dad enjoying it. Even then, raising his 9 kids, that amount of money for gas was high. but the best part was the nickel soda pop. lol Continue with your safe travels...so where to next?
loven'hugs from up north where it was near 90 today....this ol' gal worked up a sweat riding the mower.............

“I jumped on an opportunity to purchase a rental property over the 4th of  weekend. Mr Lee was quick to respond and since this was my first time getting a loan to buy a rental property , he was able to help me walk through the loan process. It was a great experience working with a good and kind loan lender Mr Lee. I hopefully know very well if you are outta looking for loan to purchase a property or funding business purpose then Mr Lee will be able to help you with such process here his details WhatsApp +1-989-394-3740.   /  247officedept@gmail.com  !”