Sin City, Things that are hard to believe... 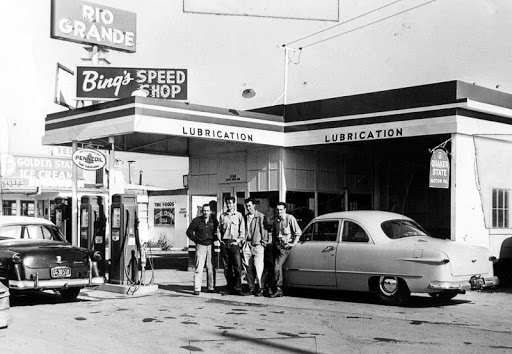 Sherry and JJ came back from a trip to Wal Mart with some weird tales:

“You wanted AAA batteries. They had to call a special ‘key man’ to unlock them then follow me to the counter to  pay for them!” Said JJ

“You know my hand lotion? They had a guard to put it in a plastic container before it could leave the area.” Sherry continued, “And I use the cheap lotion.”

They smiled saying, the big containers of Tide were under lock and key.

I was telling JJ that the last time I was here I started to mail a letter late and there was a warning on the mail Box: “WARNING DO NOT DEPOSIT MAIL IN THIS BOX AFTER 11 PM  HIGH PROBABILITY OF THEFT.”

There are also littered & dirty streets when you get away from the Strip! Very small sample below! 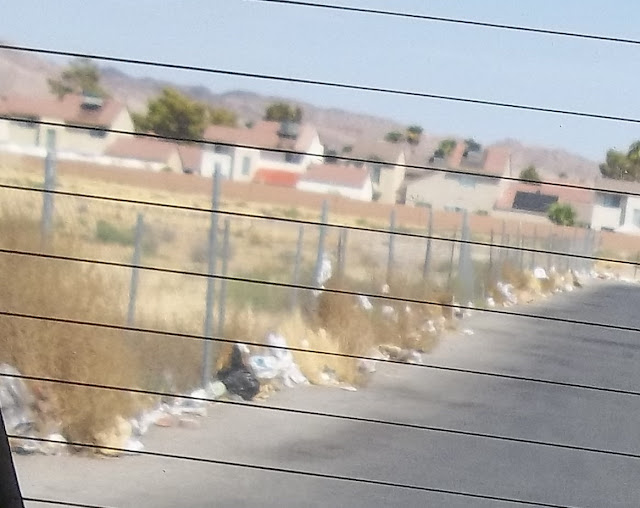 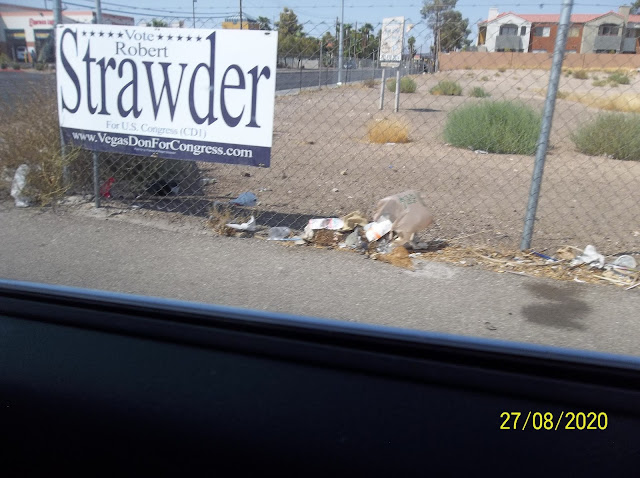 It is also a shame here that the homeless population is certainly apparent with homeless villages.  All that is a shame in the shadow of the following from the STRIP: 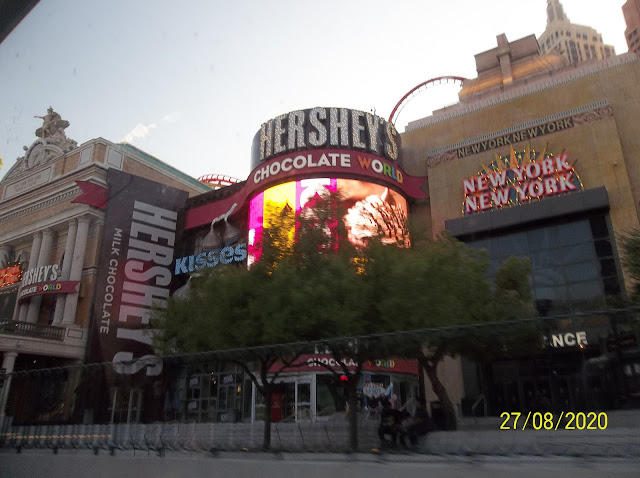 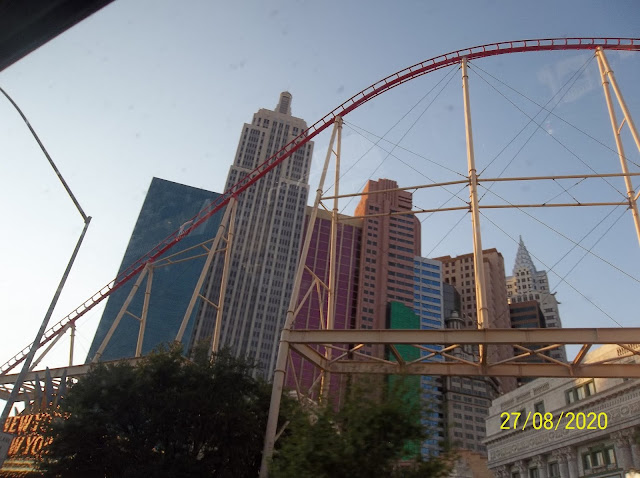 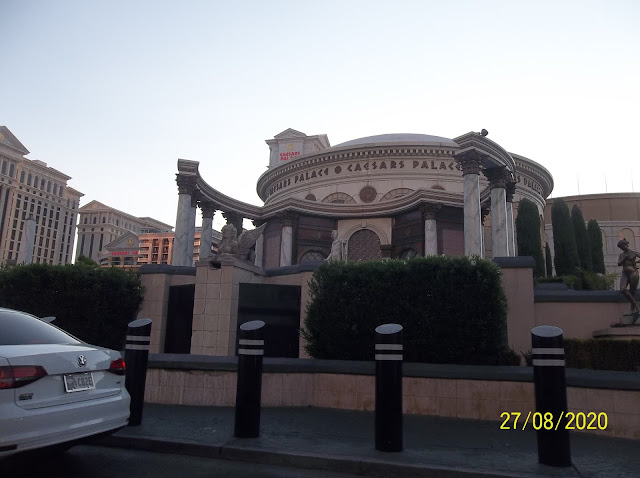 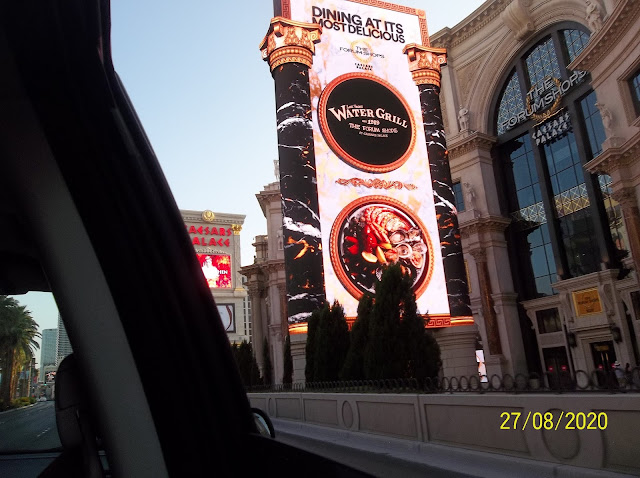 We did get the chance to take Cousin Dewey out to dinner. He suggested Famous DAve's .  The food was  very good. It is the first restaurant our temp was taken before we were seated. 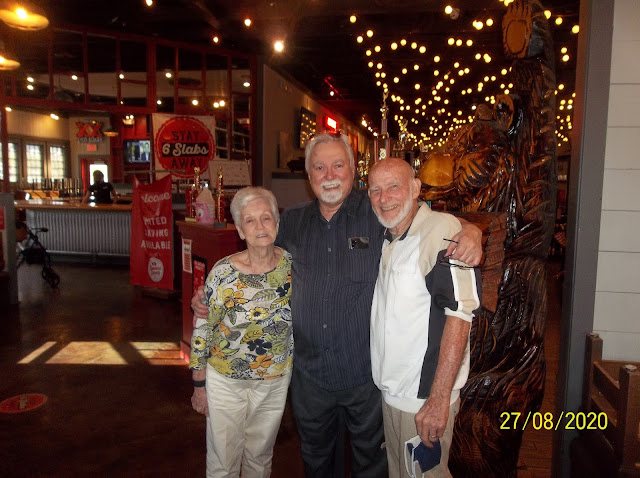 A sample of his collections of Hollywood memorabilia... 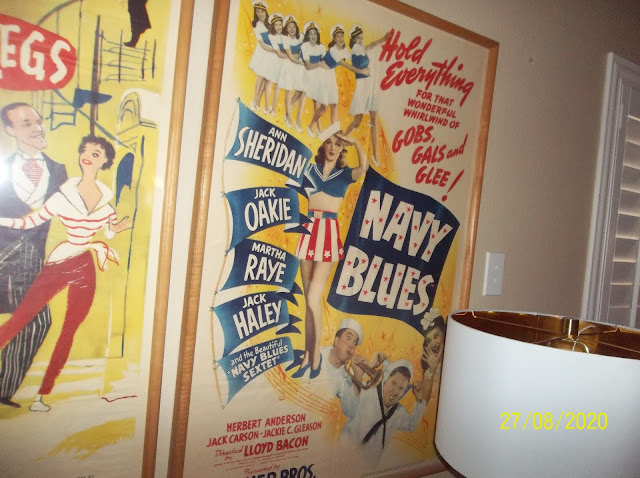 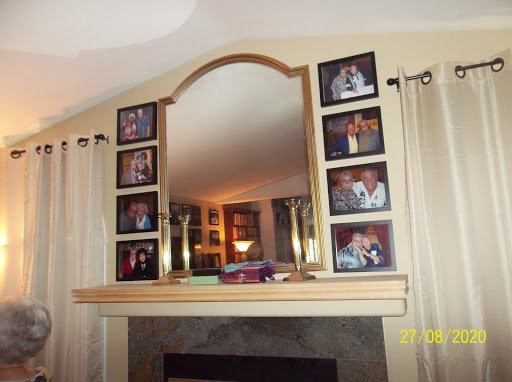 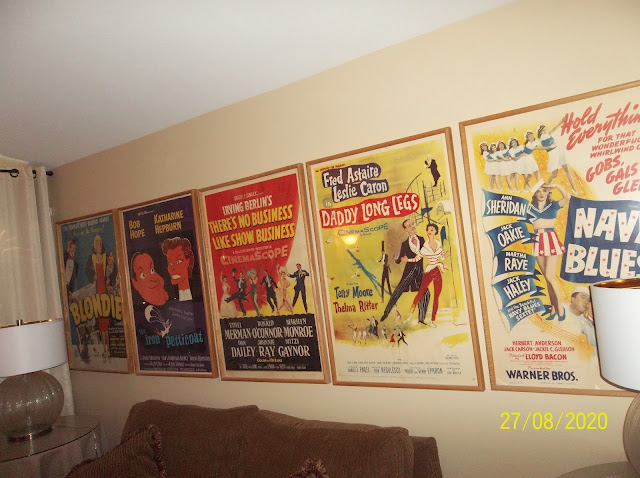 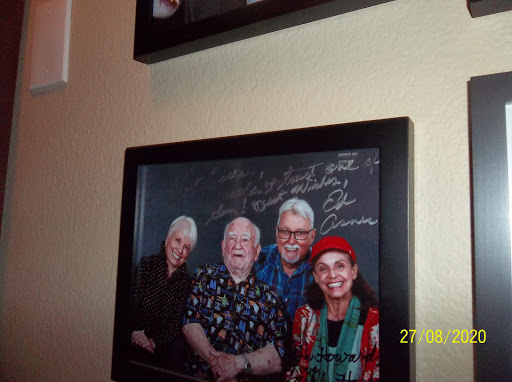 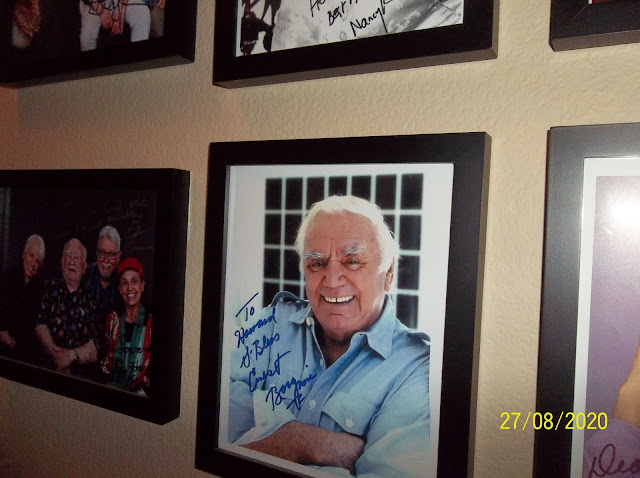 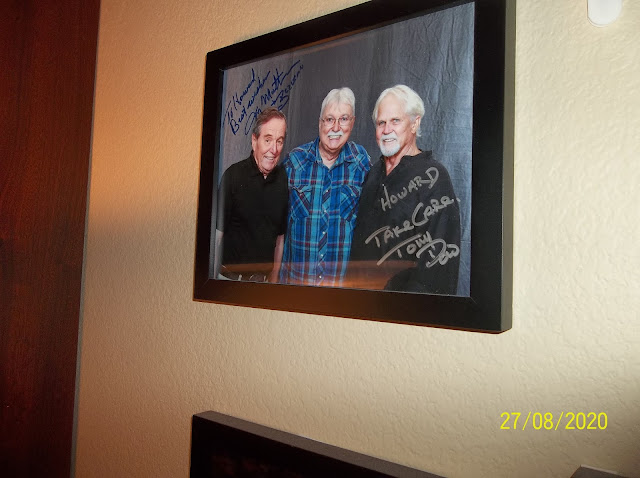 So many autographed pictures of stars. 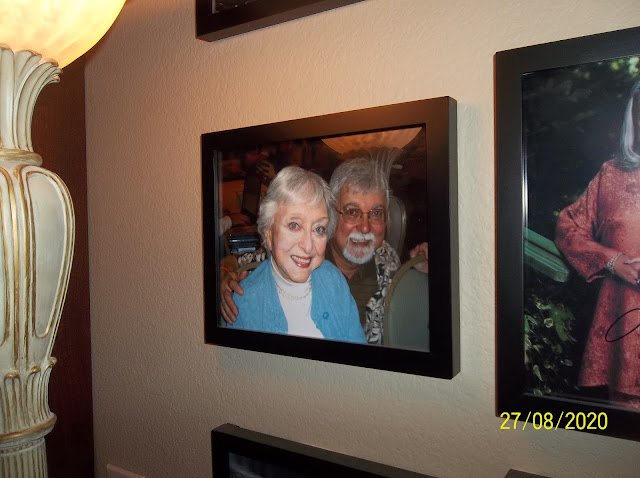 He has boxes of books. Shelves (Hundreds) of autographed first editions. Many original movies ads. Hundreds of LP's. That just scratches the surface. And my cousin says he will be down sized to a suitcase and move to Taiwan in March 2021.

I love him to pieces, but I do not see it happening.. I will finish our stay in 'Sin City' in the morrow and we will head the shortest way back to NC.

Sad how things have changed and you can’t even freely buy hand lotion. I have seen the tide pods in locked shelves around here. The other day we went to Walmart and the paint and light bulbs were locked up but went to Home Depot and you could just grab them off the shelf. I think if a store such as Walmart has that big of problem, they need to make some serious changes and get stricter on rules of those that come in. You see all kinds of crazys coming in the doors.

Stay safe and glad you missed the storm.
Lisa

Oh my goodness, I can't imagine he will be downsized to one suitcase by March of 2021! That will be determination and a lot of work on his part, but what a collection he has! I would have enjoyed seeing it in person! Wow with the shopping at Wal-Mart. Its sad that they have that much of a theft problem I'm thinking with all that extra security! And wow with the temperature check at Famous Dave's. Haven't had to do that at a restaurant here yet.

I remember enjoying Famous Dave's while in Arizona!
The last time we visited Vegas (2010?) we swore, "Never again." Gone the intimate piano bars/lounges and amazing, inexpensive buffets Tom remembered. Some things I suppose are best left in our memories? Perhaps that's what Dewey will have to accept.

So sad about the Wal-Mart shopping experience! Tom said that reminds him of what he experienced while in Miami Beach ... even in 2002 the cashiers at McDonald's were behind bars; and if you didn't speak Spanish you were, as they say SOL.

What a contrast there all in one city. From the rich and famous to the poor and needy. I think a lot of people go there thinking they'll get rich. Nice to see your cousin and all his treasures. I think if he decides to sell this he could retire for life. It'll be interesting to hear if he reaches his goal. I think a lot of people would be interested in what he has stashed away. He looks like a fun fellow and has had an adventuresome life. Safe travels on your way home.

Sad, the conditions outside the city.......so sad. Where's the pride? A big WOW on cousin Dewey's outstanding memorabilia. Our daughter and her son work at a Famous Dave's and we've eaten there many times. They do have the best grilled pineapple and cornbread muffins. I've found their muffin mix on the grocery shelves. I wonder if he'll have a huge auction. He easily could retire a very wealthy man. I have a feeling, he already is with you guys for family. Dewey has a big job ahead of him if he's moving. WOW
loven'hugs as you carefully and safely work your way home. It's raining again, so far we're up to 18 inches since the 4th of July. Loveya'll

My #4 son worked for Famous Dave's in Chicago when he was young and I have to say he hated it...being a server wasn't his calling! Ha! But the food was good! I love all those autographs..very cool. I can see moving from Vegas but why to Taiwan? My #2 son was a missionary for our Church for 2 years there. He would like to go back as a tourist one day but I don't think he'd ever want to live there again. I'm glad you met with family and your photos are great. You and Sherry look wonderful! Safe travels!

Wow, what a wonderful collection! The first and last time I was in Vegas I was almost 8 months pregnant with Jarin. Rick was there on business and I went out for about 10 days. I was surprised to see slot machines in the grocery store. Oh and Jarin will soon be 30. Time flies.
Take care, Sheila