Thru the land of enchantment to TEXAS: 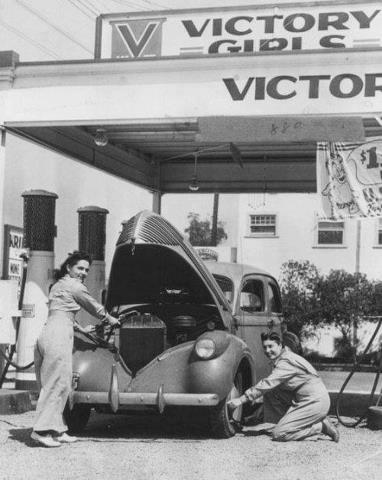 Great time of USA pride, Victory Girls
Confession: Some of the pictures are from the internet. I accidentally deleted about 40 photos. OUCH


Sunday’s ride thru to New Mexico into Texas:

NOW: WE have driven some on Route 66. It is now living in the past, not much of the glory left. We, like many OLD FOLK, remember the adventures on Route 66.  Trouble is like the ‘Avon Bottle Collecting’ their time has past. 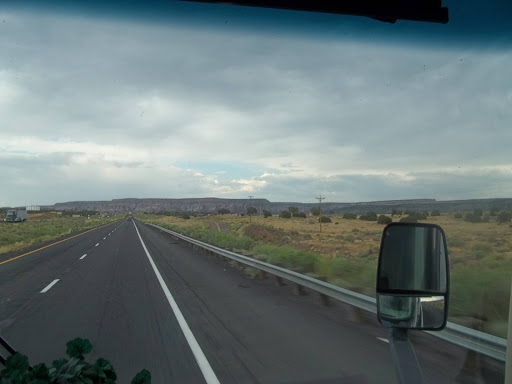 My daddy had a statement, “One of the smartest people around is one who knows JUNK, the day before it becomes an antique.”  Now a smart person is one who knows then the interest in ‘one time hits’ such as Beanie Babies, interest is waning. 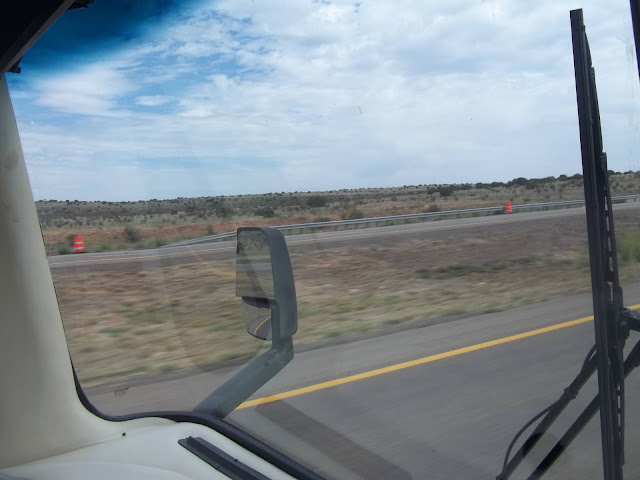 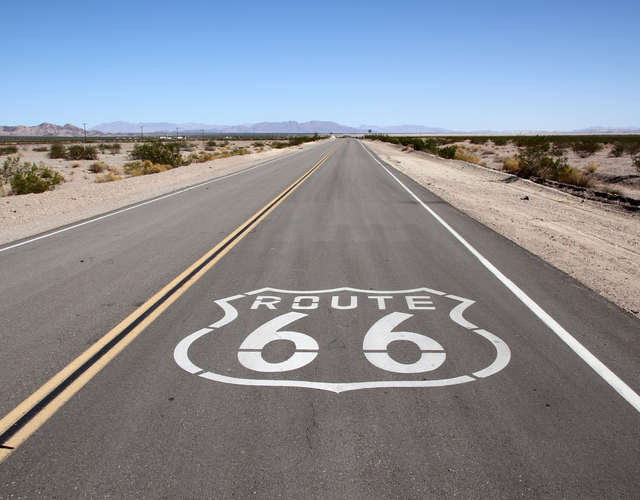 You will find few if any Route 66 road signs, people take them home. LOL


It is a shame, but Route 66 is mostly shambles of its former self.

The colored rocks and land ID New Mexico as the land of Enchantment. 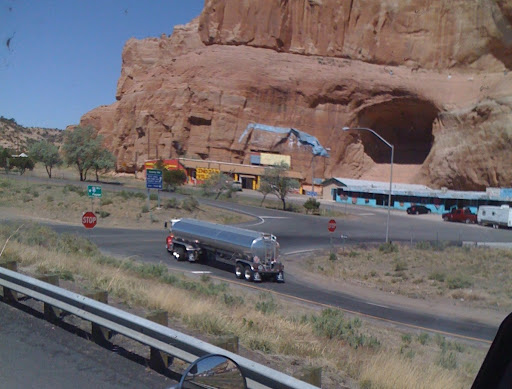 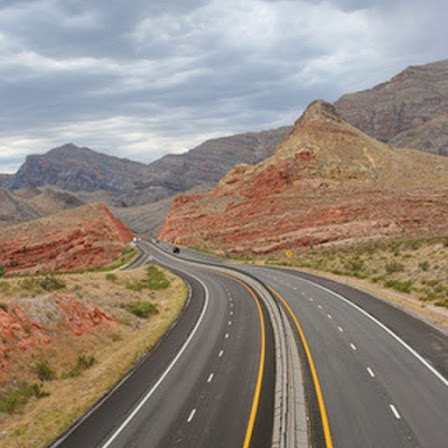 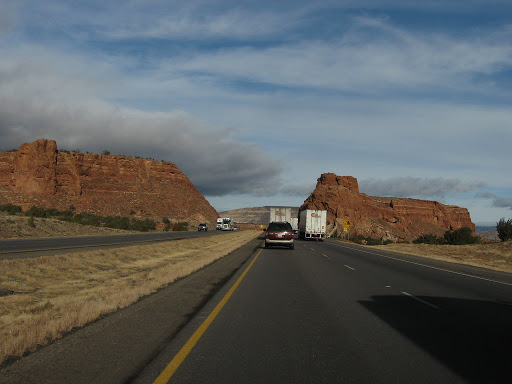 Lots of hills and fields as you cross the country. 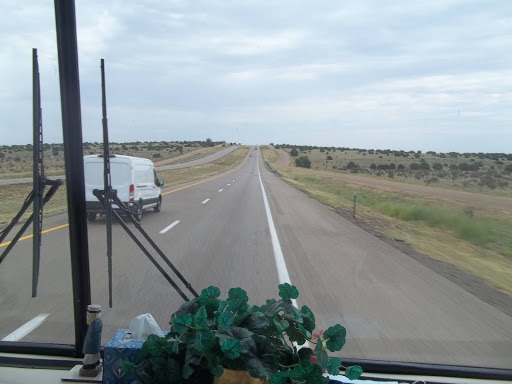 Then you come to the town of Malpais. The flat lands are impossible to farm or use it is upheavals of black lava. I think it covered about 20 miles of road area. 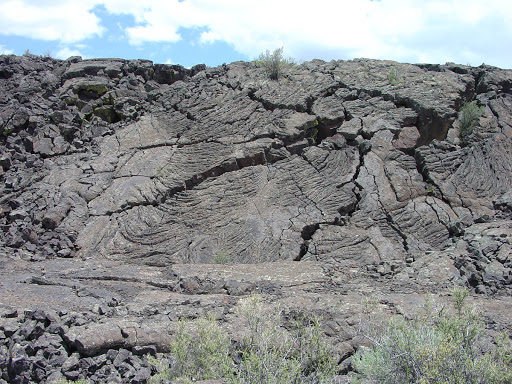 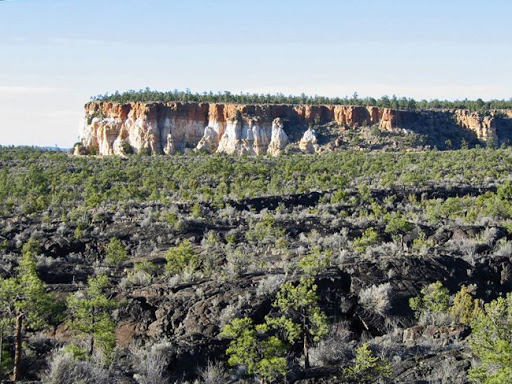 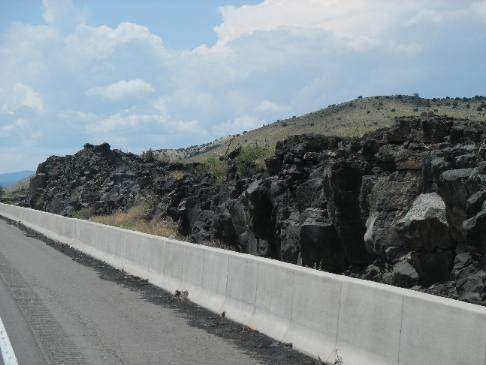 Then Albuquerque the level before the mountains go to the sky. We met our friends Buddy & DI here once and they gave us a tour. Even went to the top of Sandia MT. by chair lift. We had a great time, even camped on Route 66.

After the mts. there were more rolling hills of greenery and scrub trees. 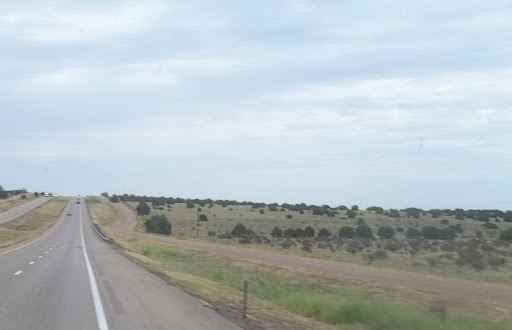 Final note. We pulled into the AOK RV park. A man asked where we came from. We chatted for a minuted and he said, "Good you weren't here last night, we had some strong winds.  You will see the damage at the other end of the park. 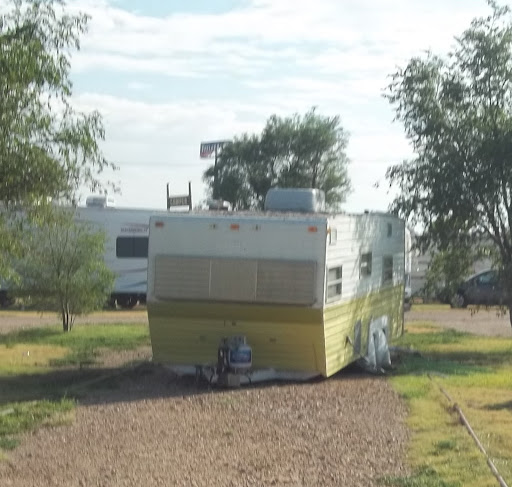 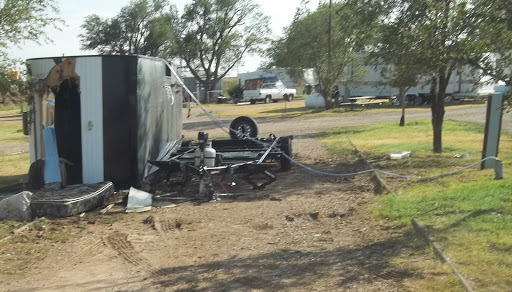 We will hit the road early in the morning, headed for Arkansas and JJ's birthday. 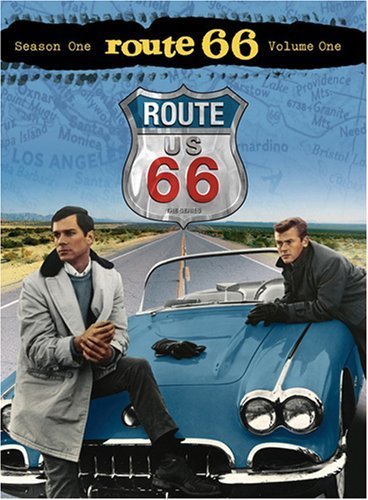 Wow that was some storm damage! I forgot about the lava stuff in New Mexico, interesting to view!

Forgot to say Happy birthday to JJ! Belated now but I hope it was a good day! He's just a few months younger than I am!

Happy BDay JJ ! You're a baby yet in my book. Oh to be 62 again. Have a very memorable day. New Mexico I've never been so thanks for taking me there for a while. The lava sure changes the scenery. It's pretty amazing. Sad about the damage at the park. Winds are rarely forgiving. As for Route 66, we were detoured on part of it the one and only time my folks were along. I remember Dad saying, ' so what's the big deal? ' As you say, Jack, change has taken the glory out of the route. Continue to travel safe thru all kinds of weather.
loven'hugs from up north where we have showers all day...pretty but wet out there.

Happy Birthday to Jack Jr How nice to be spending the time with your son! I have some family that lives in Texas, I even went there once for a visit, but too far to go very often. I was to have spent Spring break with them, but then the virus hit and we all stayed home. Maybe next year. You certainly are speeding along there and putting the miles on. Glad you missed that storm there, it didn't look good at all. Take care and safe travels the rest of the way home.

What an unpleasant surprise, seeing what damage that storm left in its wake! You know, all the years I lived in New Mexico -- then Arizona -- and I can't recall ever having been on Route 66. Ya, I was secretly wishing y'all might come through Alabama -- but totally understand your needing to get home SAFELY!

PS - Any updates from Michelle on the kittens?

I'm glad you missed that storm! Your scenery is as beautiful as it is unique. That's what I love about our country...all the diversity and beauty just a drive down the road...and up the hill...and down the mountain...well, you get it! Happy travels and Happy birthday to JJ!

Happy birthday to JJ. I know what you mean about people losing interest. I think so many young people never get attached to anything that may look or sound like an antique. They don't want our old collections(Junk). Safe driving home. Blessings to all. xoxo, Susie

We gosh! The camp ground looked so inviting. Geez. I’m glad you were a day late of the storm.
Those clay colored hills are pretty.