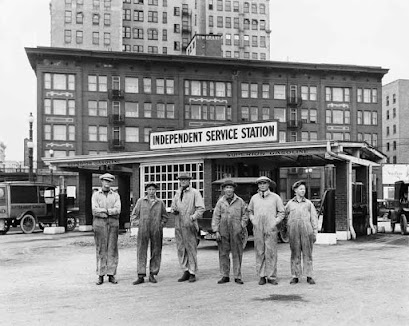 Report for Monday Our last full day in Utah:

Our Grandson Corey lives in Portland. He has children here in the area but we have not had a chance to see them all. With the Covid 19, unless told & Invited, we are not sure who will want in person visits . We were blessed to see one of the sweethearts, Allura Lynn, the youngest here. She was visiting Elsie Mae with her mom’s permission. 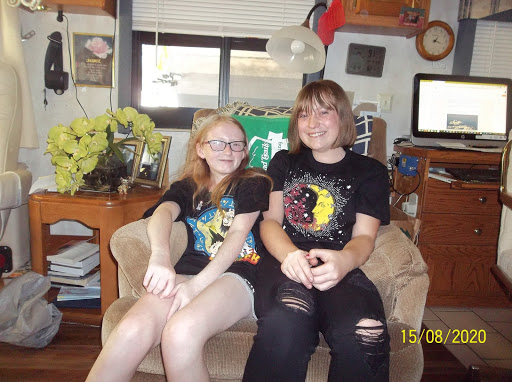 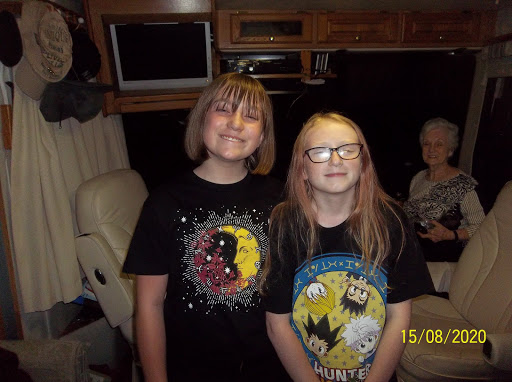 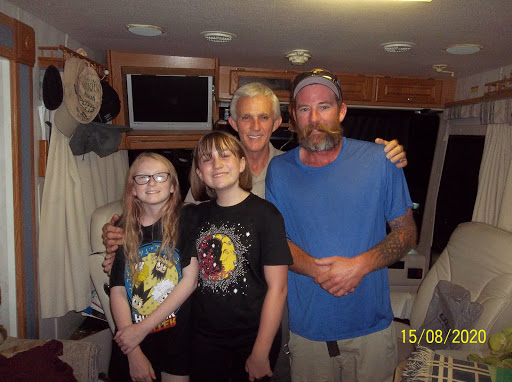 Allura is a beautiful young girl with a sweet mom. WE haven’t seen her since she was a baby!  Big change, ;-)

We are seeing masks here, but mostly around eating establishments and grocery stores. WE are seldom if ever in a ‘CROWD’ and always wear masks when that happens.

I am not a firm believer in masks, but will fall on the safe side. When you are a lip reader it is impossible to understand a clerk (You don’t know if they are asking do you need a bag for one item or show me your ID). It makes me feel very uncomfortable. Very seldom are words ‘life or death’ but can easily be, i.e. “NO and GO!” when driving or walking in/near auto traffic. It puts me back to the level that I once was, when the Dr. said something to me; I misunderstood and dropped my pants. Sherry was with me and interpreted, “He said he would be right back, not drop your pants.”

While I am at it, I will gripe about one more thing. I CANNOT understand the reasoning of a reporter on TV giving a report with a mask on. I seldom see news except on the internet, but it is useless to folks hard of hearing and closed caption has been a joke with the muffled voices. Ok, that is my gripe for today. LOL

Most of the above was in defense of we hearing impaired.

Ending today with another shot from the past. WE brought the whole family out a few years back. Corey, Ben or Carol was taking us back to Salt Lake City the long way:

Grabbing some pictures from that visit:

Jack Jr and all his sons in 2008 under a plane at the USAF Museum in Utah. 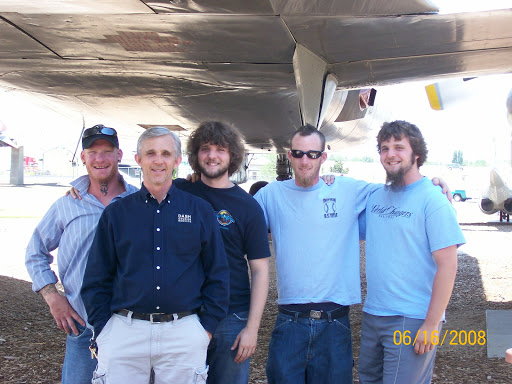 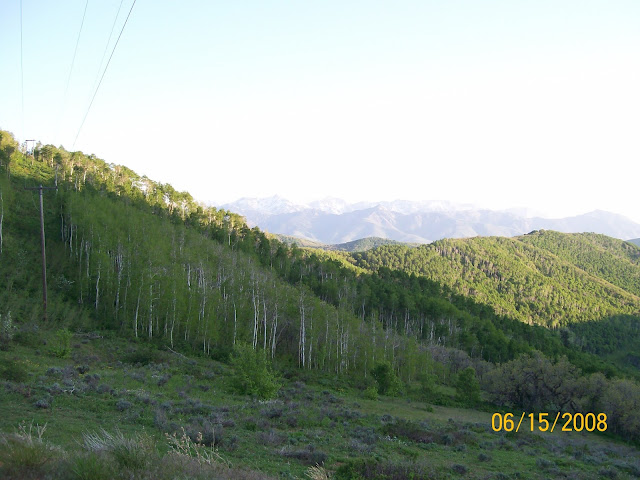 The Mormon Pioneer trail was thru these woods. 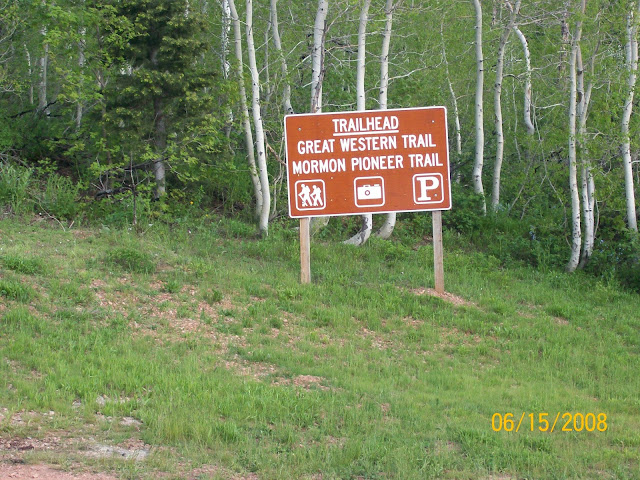 Luke and me on the Mormon trail 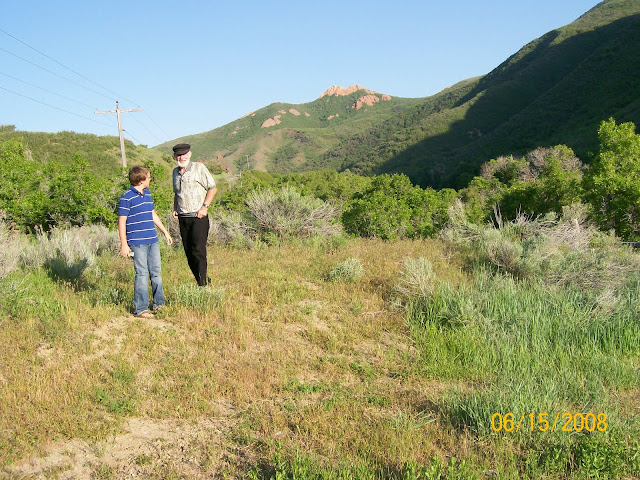 Below is from our last day in Utah 2012, Carol insisted on and took the picture by a lake in the wilds. I will be forever grateful for that. Our entire family minus Corey, he was working in the oil fields of Dakota at the time. 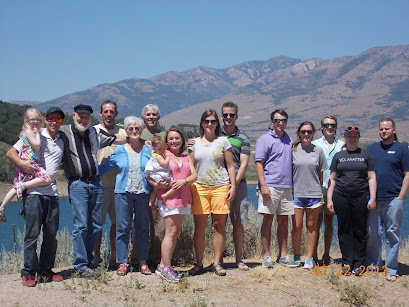 Our friend Rick was a photographer. I thought of this picture when I read in his blog as he was trying to get a family together for a picture."I know this shot maybe a pain, but you will thank me later," said Rick.

Since we did not go downtown Salt Lake City, I wanted to add pictures we took before. The crew also got to hear the Mormon Tabernacle Choir live last time. 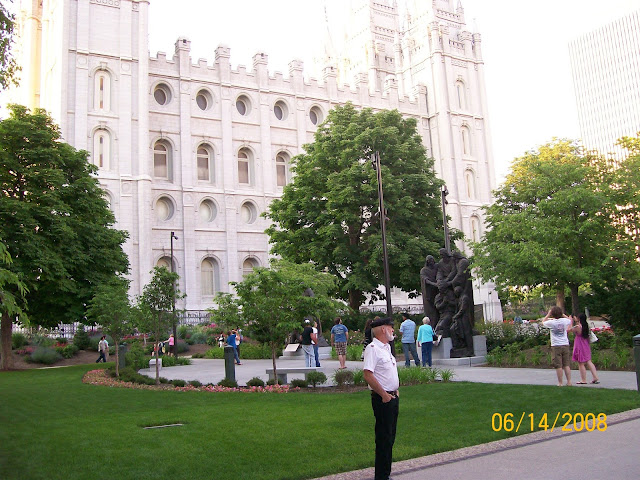 There are 134 Temples worldwide most have the Angel Moroni blowing a trumpet on top. 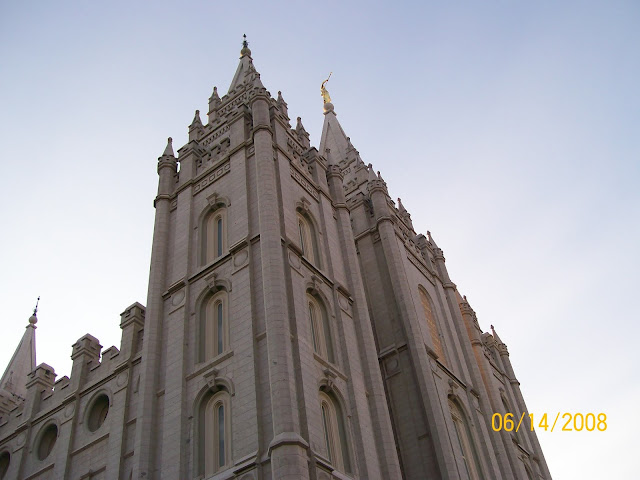 Matthew at the Temple doors. 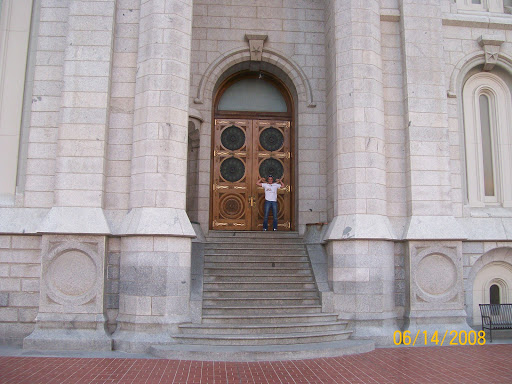 Below is one of the streets surrounding the Temple. 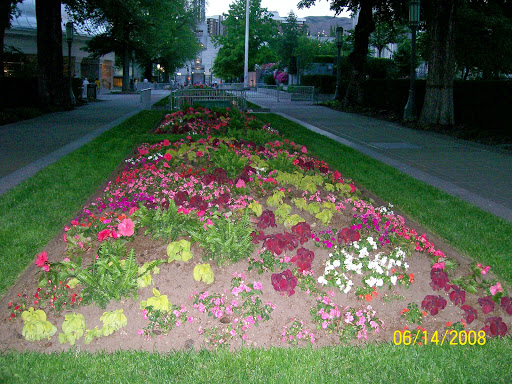 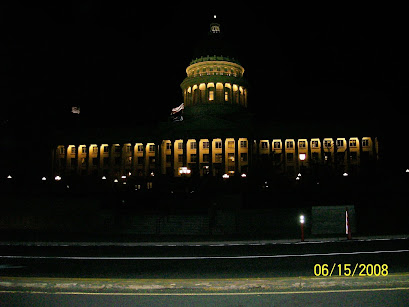 Next leg, thru Idaho to Ontario, Oregon.

Great pictures of your family. Jack, if you will wear your mask, I will tell you something for a fact. No grocery clerk is going to asking you to drop your pants. LOL You cracked me up with that story. behave. Blessings to all of you . That little grandgirl is precious. xoxo, Susie

Good you have so many pictures to remember of better times. That one of your whole family is a keeper for sure. Like you it's not often I can get one either. In these times it is hard to know who to visit or not, but then we know when they ask us in. Hope your travels are happy and safe ones.

How good it is to see these 'then and now' pictures! I take lots of comfort in revisiting days gone by; and I know y'all do the same. (And sometimes wonder aloud, "How did the years go by so fast?")
Thanks for reminding me of that bit of wisdom by Rick.

I had to read your doctor story to Nick. We both are sitting here chuckling.
I agree with the lip reading. I never realized how much I read lips until mask.
Fortunately, I have had a good month with my ear. This happens sometimes for a few weeks then comes back. I have stopped Nutrisystem for a while and eating low salt diet to aid in my problem. So far, so good.

Yall keep enjoying your trip and your family is beautiful.!!!

Where we going tomorrow?
Lisa

I remember that picture from 2012. Family has grown and expanded since then. It is hard to understand people while they are talking and wearing a mask. Especially soft spoken ones!

Great pictures of your family. I think I do remember seeing some of the older ones. So does your son Jack live in Utah? He has four sons? What a nice and beautiful family you have!

It's been a while since I was in Utah. The Temple is beautiful but I think it's closed for renovations. The Mormon Tabernacle Choir is now called The Tabernacle Choir on Temple Square. Your pics brought back good memories. Your family is a good looking group! Enjoy your visit!

Awww, but you made more fond memories with your family in Utah, and that's the most important thing. I recall your family picture from 2012. It's always interesting to see how everyone has changed. The girls sure do have long legs. When do their parents start feeding them ' shortenin' bread?' That's something always asked of our grandloves that have all grown so tall. The scenery everywhere is impressive in our beautiful USA, isn't it. I can't wait to see Idaho where Mel's son, Sam lives, and Oregon....perhaps you'll see the elk roaming wild and free. Awesome pic of JJ and his boys, all your photos are a ' trip ' in themselves. Thanks for taking us along. Safe travels ya'll.
loven'hugs from up north where I spend the day canning pickles and stewed tomatoes today. Oh, they all look so good ~

Thanks, Great Pictures and explanations, almost feel like I was there in a few of those Photos ! Still working on the Deck and Basement ! Finally cooled down to the 70's and I can breathe again !!! You all take care, safe travels, enjoy the time together and sending our Love, Gary an Anna Mae