Note the CornAlcohol 10% blend at this 1930s gas station. 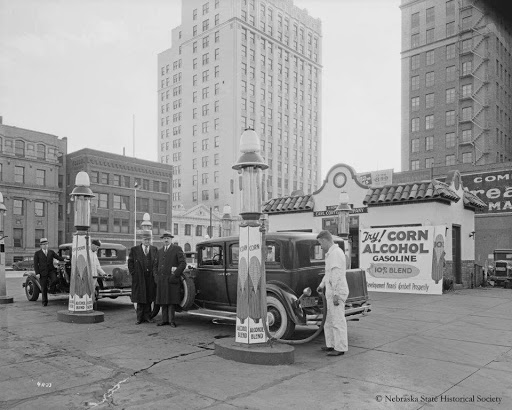 We are traveling too fast, but it is pleasant. A common view in the last 600 miles: 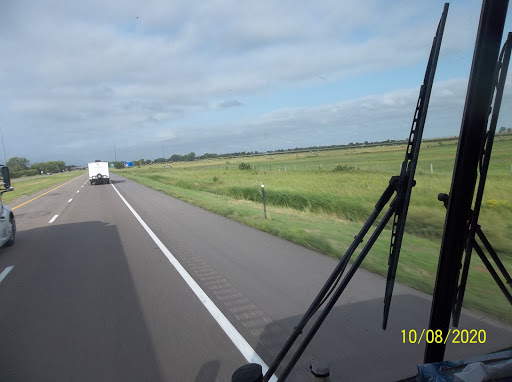 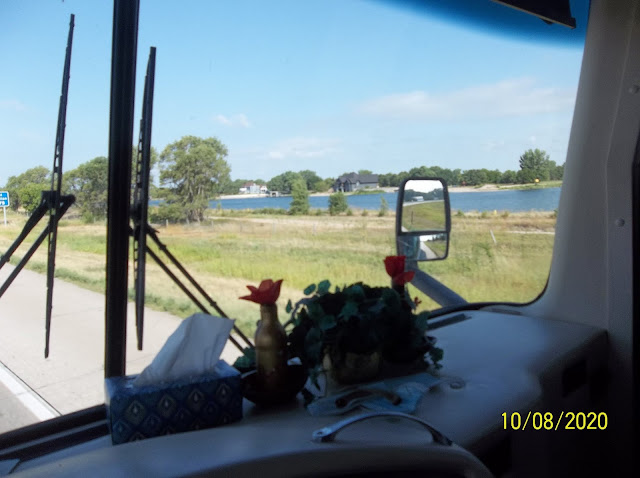 I won’t post too many pictures of the states we just passed thru and into. Just to say it is beautiful farm land is an understatement. BUT in reality the land we passed thru was many different shades of green. The only drawback was the closer we got to Nebraska, the more the wind blew. It blew so much it was obvious the corn actually grew at an angle. 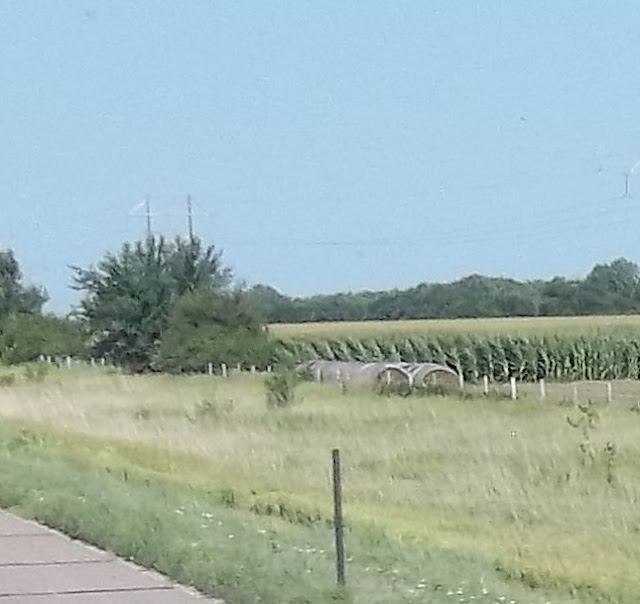 But as we passed further into Iowa and entering Nebraska, the land became more multi purposed.  We started seeing more hay baling, and cattle in the fields. 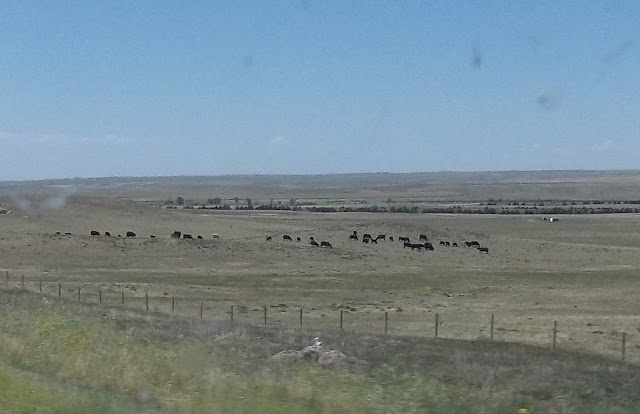 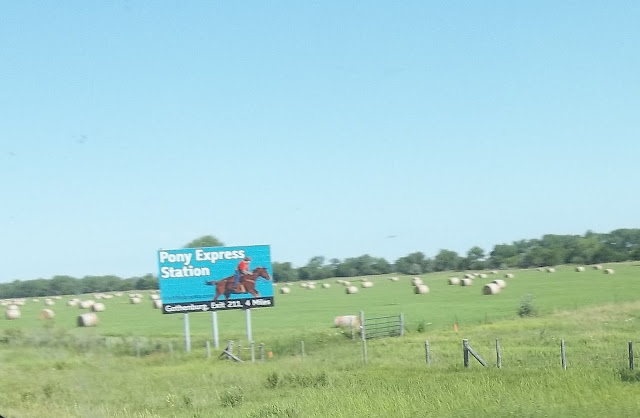 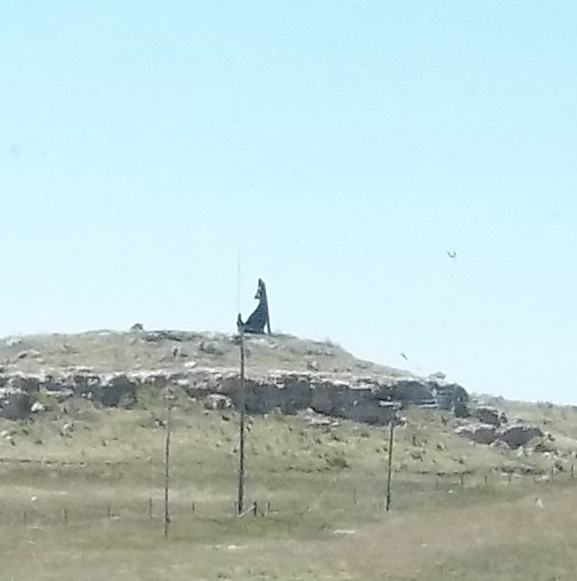 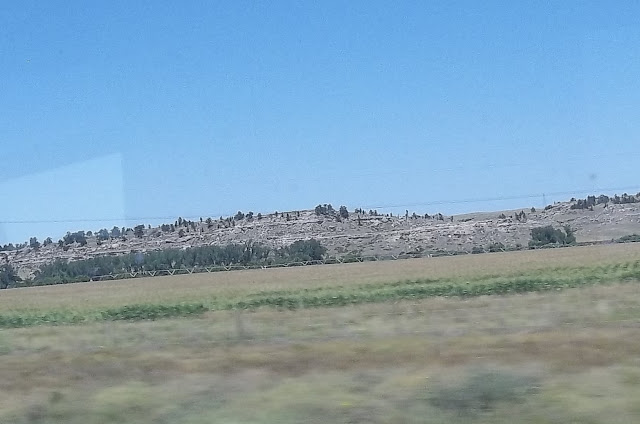 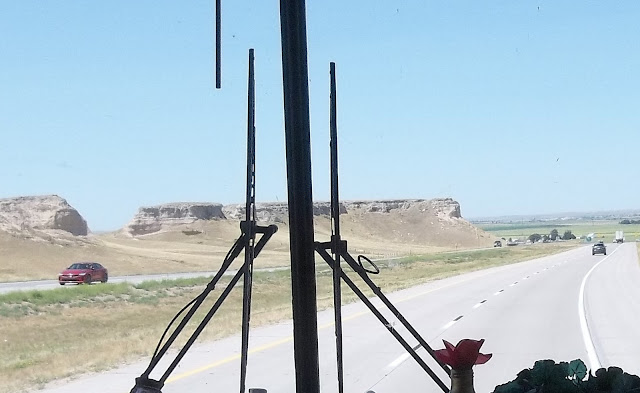 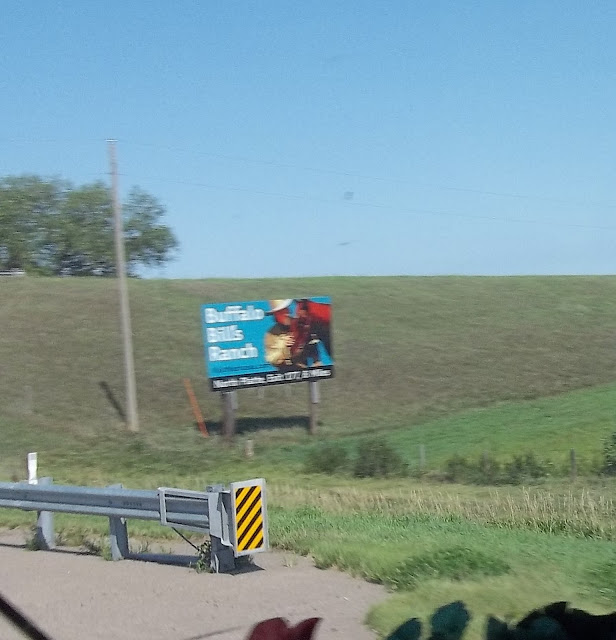 There were also more hills and snow break frames along the roads.

WE all continued to comment on the changing colors of the landscape.

One thing that has amazed me out west, there are times you can see an entire train at one time, BUT today we saw one that took 3 pictures to catch it, probably over a 3/4 mile log, maybe a mile: 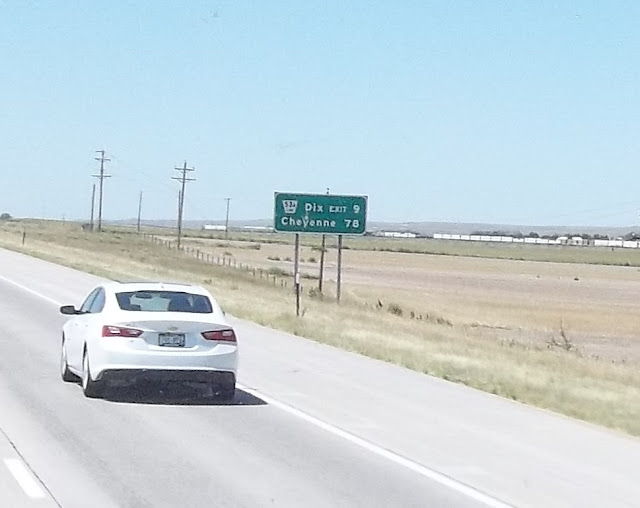 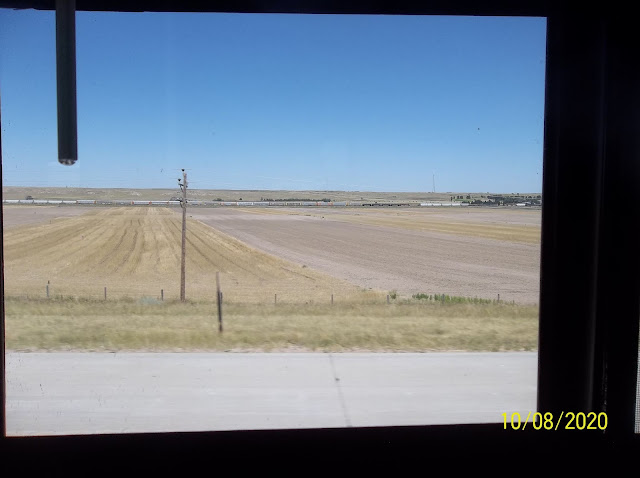 Last pic too blurred to post. But you can see the difference in the landscape. It seems you can see forever. 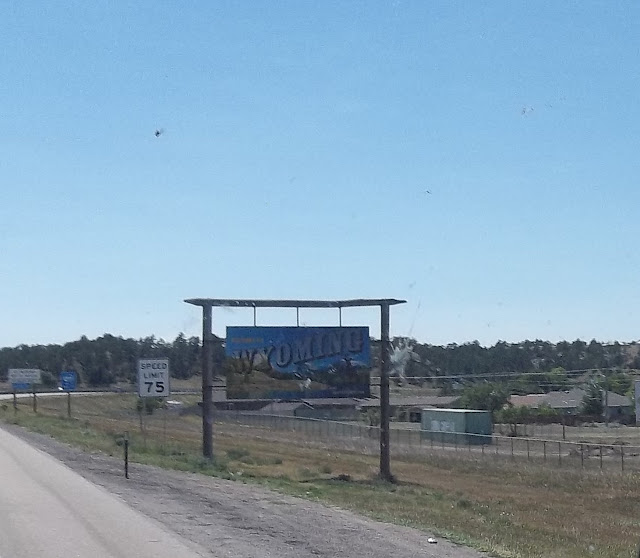 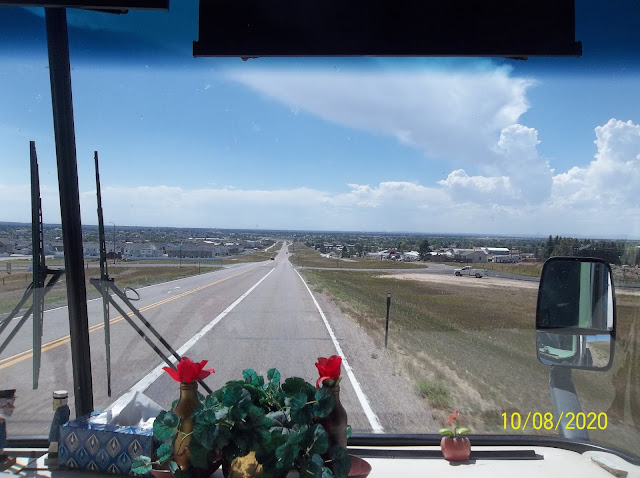 Entering Wyoming, over nighted in Cheyenne.

I recognize the roads you are traveling since we are in Colorado. Our middle and her hubby were at Lake McConaughy this weekend with friends. It was so windy they were miserable. Wishing they had gone camping closer to home in the mountains. Our youngest and her hubby went back home to Western NY Friday. They stayed at a nice campsite in Illinois. TRaveling is a great experience. I admire your travels and wish we could be follwoing you down the road. Enjoy and have a safe and wonderful time. HUGS across the miles to you both. XO

Uh-oh! Reading your title, I was afraid you'd been given a speeding ticket. :)
Don't we live in an awesome country? I'm so enjoying looking over your shoulder!
Stay safe!

Just what Mevely said....for sure, we thought you were speeding ! lol Isn't America beautiful from ocean to ocean there is always something that makes us say, ' be still my heart.' It's so fun traveling with you from afar. How's the weather out there in Wyoming where the buffalo roam.? and I can't wait to see where you take us next. Travel safe and healthy, you 3 musketeers!
loven'hugs from up north but way east of you at the moment. More gardening today~~~oh, but the tomatoes are so sun-ripened and delicious right off the vine

It's hard to believe you are in Wyoming already. Last I heard it was Indiana. You must have got on an interstate and flown. No matter where,the landscape is beautiful. We do have a gorgeous county to enjoy. Nice it comes i all sizes and shapes to see. Thanks for catching up with us. I'm delighted to see where you are and how you're doing.

Don't forget to give me a holler when you get to Idaho!!

Great Explanation of the Pictures ! Other that the Ocean never seen anything so flat ! Glad your moving right along State to State ! Safe Travels. Hot, Humid and Muggy back East ! Sending Love and Blessings, Gary & Anna Mae

Enjoying seeing the pictures of your road trip. It is interesting how the landscape changes over the course of a few miles.

Lots of beautiful land. Cant wait to see where you take us tomorrow.

From the sand
Lisa