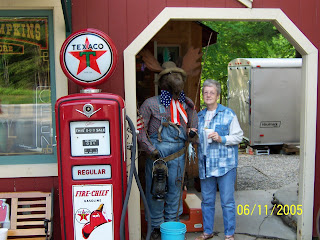 Pictures along the way, just off the Appalatchion Trail. Sherry found a boy friend. 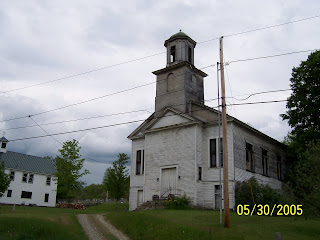 Old church on the trail, this is just across the Connectitcutt River. 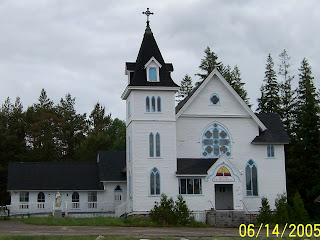 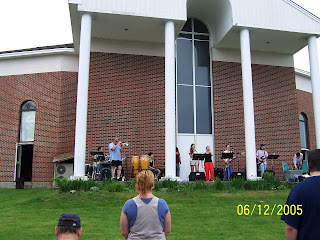 We attended an outside service in New Hampshire at this AOG Church. 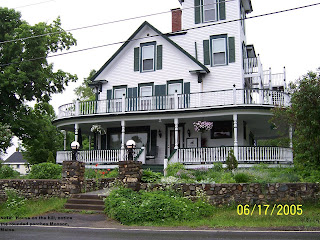 This is a beautiful house south of the trail in Monson, ME>
Now day cooking show???? Entry that is.

Southern cooking is in my blood and what I like. I have changed my diet mainly because of the scary things told to me about fat. Speaking of that, I was in a store awhile back in the baking section, flour etc. and looked down to see five and ten pound cans of Lard. I didn’t know they sold it any more.

The farmer never left dad. No matter the size of the church he would figure someway to raise a hog. I often wondered what would have happened if dad had got transferred to another pastorate before hog killing time. Would we have taken the pig? (Good Jack, Dad is dead, you can’t ask him, so why bring it up?) I don’t know. But I still wonder. LOL Can’t you see the pig tied behind the trailer or truck? Nah, I know he would have been in the back seat with me, Shirl would have been up front with dad and mom (looking back and making faces at me,.,). Yeah, me and the pig looking out at the country side happy as pigs in _____.

Anyway I love collards, cabbage, bacon, ham (country and fresh) and I love green beans with new potatoes cooked in with them. I love fried chicken and fried okra. Mama fried fish and made oyster stew. But the 'bestest' was chicken and dumplings.


I love potatoes, fried or mashed. Mama fixed tomatoes and okra together, I liked that. Sweets were mostly cobblers. She made a delicious Sweet Potato Cobbler. The other flavors were blackberry, peach and apple. She was well know for her fried pies also. Mama dried her own apples and we picked our own black berries. Mom’s biscuits were great with fresh butter that she churned (Until she could no longer get anything except homogenized milk) with her jelly or Molasses and honey.

We had cornbread and beans often. When cornbread was around, I loved cornbread and milk (sweet or butter milk). I never liked crackling cornbread. I just mentioned all the above to say I thought all good cooks were down south.

That was until I went to the Mid-west and ate some fresh baked rolls (mama never did that). Then later in life I went to Pennsylvania and ate some sweet rolls, wow! Hey in New York the deli bakeries would add pounds just smelling. Mama didn’t do any sweet roll baking. On farther Northeast you hit chowder, and lobster. WE even had McLobster rolls in Nova Scotia at McDonalds. What I found as I ventured away from the South, not everybody fries or deep fries food like I was raised with.

I have learned to enjoy broiled, baked and boiled. I plan to live forever or at least until tomorrow. Shirl has changed her diet also, so there is no chance of living long enough to get the inheritance. I keep encouraging her to fry in Lard and drive fast. Thanks for coming by ,


True food story, I was there:


Sherry is a chocoholic. In a town in Pennsylvania we stopped at a fast food place for her to get a chocolate ice cream cone. The young lady behind the counter said they were out of chocolate, but they had vanilla. Then she gave a famous statement, I still use on Sherry until this day, she said, “You know there is no difference in Chocolate and Vanilla except the color don’t you?”

Well I'm living in the fast lane now. I guess all I need is some lard or fat back. I cook very little so will it be the same if I just look at the stuff just sitting around. After all the shopping that Terri and I have been doing there is not much left. I don't think it is enough to worry about.

Mother was a good cook. Southern all the way.

Bet Sherry knows there is a difference between chocolate and vanilla and I do too. Funny you should mention pigs today. I just gave a bit of advice in my entry about wallowing with pigs. Sherl didn't need to ride in back with the pig and get dirty.

You sure do know how to fling a craving on someone, talking about all that good food. I hope you all had a nice weekend. Sheila

I'm with Sheila, you're making me hungry. I must admit that I do use lard or bacon grease for seasoning and I always fry chicken and fried potatoes with lard too. I've tried the fake stuff and things just don't taste as good. I do my deep frying in vegetable oil but I don't deep fry often. I do bake meats sometimes just depends on what it is. I've never made homemade sweet rolls but I have made yeast rolls. A few weeks ago I bought a pkg. of Grands frozen buttermilk biscuits to try them out. They are very good and taste a lot like homemade and they are a lot less work, lol. There are 20 in a pkg. and you just take out the amount you want to cook. Everybody knows chocolate and vanilla aren't the same I guess that girl never ate chocolate before.

Jack between Mom talking to me in IM about her hamburgers she is having for supper and you talking about all this comfort food....I am starved...lol

LOL@ you encouraging Shirl to fry in lard and drive fast...

You are a hoot!