It is Sunday, so it must be church time

This is one of my favorites. 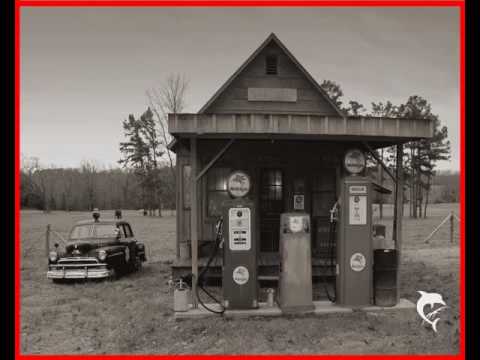 Well it is church after McDonald’s this AM. WE will have a special guest, some well-known gospel singer (Not George Beverly Shea). I am not a ‘singer’ orientated church goer. I used to love music but my hearing is no longer music friendly. I have mentioned here that since the Cochlear implants are in place speaker’s sound like Donald Duck or other generated voices. Most times my brain doesn’t get mad anymore and lets me accept ‘words’ rather than voices.

BUT so far my brain sorta revolts at singing, unless I am singing. LOL (then others revolt!). Or my wife elbows me when I am louder than the rest and on the wrong verse. ;-O

I met a young lady from NYC whose mother was an avid opera & symphony fan. The mother had an implant, and within two months when her brain and sounds did not change she actually had the device removed. She told her daughter she had rather be deaf than to listen to the miserable voices she was hearing. She maintained that she would not RUIN her memory of the beautiful voices her brain had stored.

Of course I can understand the frustration, but my mama would have said, “She is cutting off her nose to spite her face.” But that was her choice, it would never be mine. I really do enjoy the silence many times when my devices are out, but I still want to hear, even if you sound like Donald. BTW I liked Donald Duck anyway.

After church we may go back to flooring after going out to eat. WE are laying about 700 sqft. Today was very slow we only got about 60 sqft completed, but the floor prep took some time. Sherry was a good helper today and learned to pull nails with a pair of pliers.

She Did say she would never be a carpenter for a living. LOL She is baffled at the fact I enjoy it. LOL

I can barely hear out of my left ear. Early this morning our neighbors alarm went off. I did not hear it until I rolled over and exposed the “good” ear. I too enjoy a little silence.

I'd agree, hearing something would be better than nothing for me too. I'm still going to church on line and haven't ventured out yet. I do miss it terribly but have to weigh the risks. I give Sherry lots of credit for helping you out on your job there. I'd never make a carpenter eiter. Sundays are always my day to rest up for the week ahead, but truthfully there just isn't much work being done here any day of the week. But then we never know what might be coming and I want to be ready for it. Take care and hope things goo smoothly with that job to be done. Happy Sunday !

I always appreciate when you share what hearing loss is like. I keep promising myself (over and over) I'm going to try and be more understanding --then fall short. For a few months now, Tom's right aid has quit. I don't understand all the technology, but that's the one which controls the left that 'plugs into' the TV ... or me. Because he's been putting off going back to the VA, we took a ride to an audiology place in Montgomery, but to no avail. Hope you enjoyed church services this morning. We're still back to watching via the internet.

Pulling nails doesn't seem like a fun thing to do but I know Sherry was a good helper for you! I admire those who can make something out of wood and have it come out looking great. Now that our church is still meeting online we listen to the worship music but rarely sing a long with it. We are supposed to reopen August 2nd; we'll see.

Our church services are on the radio every Sun. for the past 60some yrs, give or take...We are fortunate to have that opportunity to hear our own pastor's sermons, tho most of them are pre-recorded. Since covid, the music is from prior services. I did go to the drive-thru communion this morning which was very nice, very informal but made me feel good. As for hearing Donald Duck, I never went thru that when I lost my hearing in my right ear. Once the stapes was replaced with titanium instead of the stapes bone, I could hear again, but louder than ever. It's been 4 yrs. since my surgery and it seems I'm slowly loosing hearing again. This time, I'll live without it., smile and carry on.
loven'hugs from up north where Bill finished building his rafters for a porch at the cabin while I'm still restoring the antique icebox. Always busy doing something. Have an awesome week dear ones.

Today was the first Sunday our Church started services again but we were out of town. I cannot sing but do enjoy those who can. You are always a busy bee but that must be what keeps you so young! Have a good week!