Skin the cat/Skin the rabbit 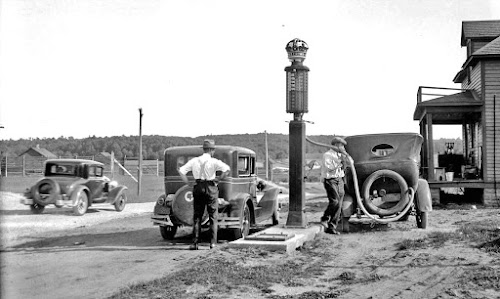 Growing up and playing in the woods and some school exercise bars I learned to ‘Skin the cat’. I don’t know if it was called that everywhere or if the term is still used. Kids would jump up and grab a limb with both hands and throw their legs thru them as cutting a flip. I found a picture on the net with a kid using ropes and rings. I never got that sophisticated. LOL 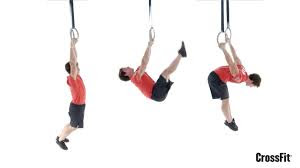 Of course I never skinned a cat really since we never ate cat in NC. BUT I have skinned a lot of squirrels and rabbits. I started at 5 years old trapping rabbits. Dad being from raised on a farm knew all about trapping and skinning. He always preferred trapping to hunting, At times the meat was damaged in the hunt.

There were times in their lives that mama & daddy only had wild meat. My mama could make the best squirrel and rabbit gravy. When gravy is mentioned around our house Sherry’s daddy’s gravy is at the top of the list with our sons.

My daddy NEVER mentioned eating Coon nor possum meat. He did say the best way to fix possum was bake it on a wooden slab, then throw the possum out and eat the board.

This all came up because last night because 6 raccoons, yes, 6 raccoons were on the back yard trail camera. I haven’t mentioned it here, but we haven’t seen Stormy for over a week now. She and one of the black kitties have disappeared.

Raccoons attack, kill and eat cats. Remembering the damage to Stormy’s face, I am sure that was a coon bite. I hope she returns but it seems unlikely. The kitties still stay a distance, but have been closer to us the past few days. Today they came out and played us as we were swinging and talking.

I have never skinned a coon, but I plan on starting soon. Six at one time on a 10 second video. I plan to cook one and let the kitties eat it.

If this bother you I am sorry, but the coon spreads disease and germs. I plan to dispose of some if possible.And besides they killed the first cat I have really cared for since 1943.

Ohhhh no, Jack. First the shocker about Rick (my heart still hurts) and today Stormy. I know how y'all have grown to love her. I'm lifting prayers now for a miracle. Love you!

Oh no about Stormy and one kitty! This worries me. Hope she's just hiding out some place. Wow 6 raccoons. Truly a menace I wouldn't want to have to deal with. My mom used to cook rabbit sometime. Tasted a lot like chicken (LOL).

I remember "Skin the Cat", was pretty good at dislocating my shoulders, I did it a couple times in High School at a Gymnastic Event. Probably why they ache so much now !
.
Thankfully up here we just shoot the Racoons and go Bury them ! Hope Stormy comes back and the kit ! Take care, and sending down love and Blessings ! Gary an Anna Mae

Yes, I'd be after those nasty coons too. They cause a lot of problems and always knew when the corn was ripe in the garden. I never got to enjoy it, they'd eat every bit before we had a chance. So sorry to hear the news of Stormy's disappearance. Enjoy those kittens while you can.

Dang, I hope Stormy comes back. Cats do not get lost so if she does not return, then, well you know.
Lisa