Some facts and pictures can be deceiving. 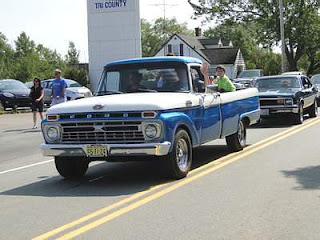 Friday’s stuff:
We once bought a house on the internet. In the pictures it appeared to have a large front yard. Then when seeing it for real, it was a nice yard but was not huge or large as appeared in the photo.


That is why I, especially, wanted to see some of these places up close and personal.


We looked at six.  We drove by most of them, no need to stop. It was obvious these were not for us. Two show some possibilities, but neither said to us, “You should call the realtor and put a down payment on ME!”


One Sherry liked, the other I liked. She picked an older trailer in a neat seniors neighborhood, very quiet, ready to move in condition. 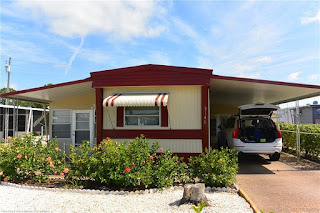 
. Home has recently been painted inside and out and roof has been pressure washed, coated and sealed. Washer/dryer are less than 1 year old and other appliances are newer (except dishwasher). Hot water heater is approximately 4 years old. Fully fenced back yard which also includes a shed. Really super cute and well maintained! Move in ready - partially furnished 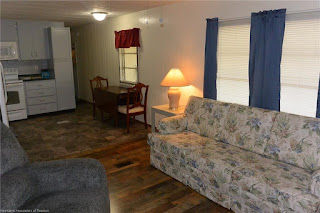 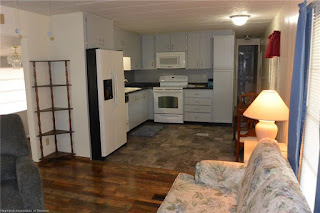 I liked one located on a canal, with  a few hundred yards to Lake Istokpoga.  The neighbor said about the trailer, “It has a nice Florida Room.” She withheld comments on the rest of the trailer. LOL It appears to need a lot of work (right down my alley!), but my sweetheart is afraid I over do things. I have no idea where she gets that idea. MMM?


The pictures of the place sorta put me off, because it looks like To storage buildings or two trailers on the same lot. 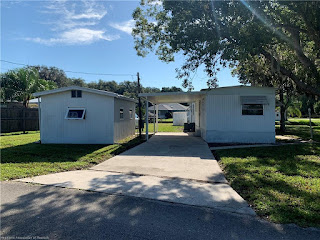 Asking $62,500 (Repaired and updated it would bring $110k easily.)
The storage building on the left is only 20' off the road and facing the canal, for some reason. No pictures of the inside were given. Looking in, there was a reason. It NEEDS a lot of work, but REMEMBER it is on the water, just down the street is a home worth about $500K same canal. Across the canal is the same. 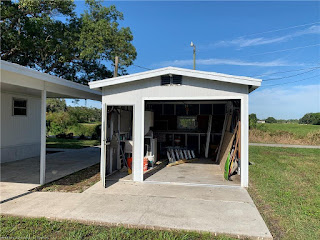 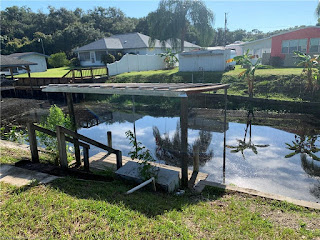 After all she said, she did say the only way I would go there is to live in our RV. Ah ha, no problem. The coach will fit and I can run water/sewer and electric.......
She is thinking
But it is so far out of town...  I am thinking..BUT THE FISH!!! and the fun!. LOL
WE probably will get neither, but what would you take? Remember if you go with Sherry I will know you really want on the water!  LOL
Imma suggest she get both!   LOL

Lake Istokpoga is well known for fishing. WE know only one story about the lake. My sister and her hubby were fishing and doing great, when the waves got up and flipped the small boat. They didn't see their young son of 5 yrs old. Dick dove under the boat and brought him out, unharmed. they climbed on the boat and were rescued by other fishermen.
Posted by jack69 at 10:00 AM

Are you looking to buy a place?
I think I like the first one.
I could live there!
Good luck!

I like the first one A LOT! It looks really cute inside and out! And I like that it has been updated a lot with the appliances. How are the mosquitoes in Florida? That would put me off to live by water if there were a lot of mosquitoes and other bugs out and about.

Sorry, Jack … I gotta go with Sherry on this one. I hadn't even thought about the mosquitoes! Is either property part of an HOA? That would be a deal-breaker for me. Perhaps Mark would buy the one on the canal and would let you come fish off the pier? (*smile*)

PS - I'm so sorry for not having visited The Log yesterday. By the time we got home last evening I was too tired to do more than shower and fall asleep in front of the TV.

Well, I like the one that needs work, "On the Canal", they never lose value and there are a lot of contractors NOT working !!! I have friends who fished Lake "I" who went up there from Lake "O" ! The price on the first one was great for what there was for sale !! "Decisions" but you can still look !! Sending down Holiday Blessings for the 4th, Thank you for your Service ! Love, Gary an Anna Mae !

Well you know I’m gonna like the one on the water. It just needs a little TLC and flowers. But then again, Sherry has a point.